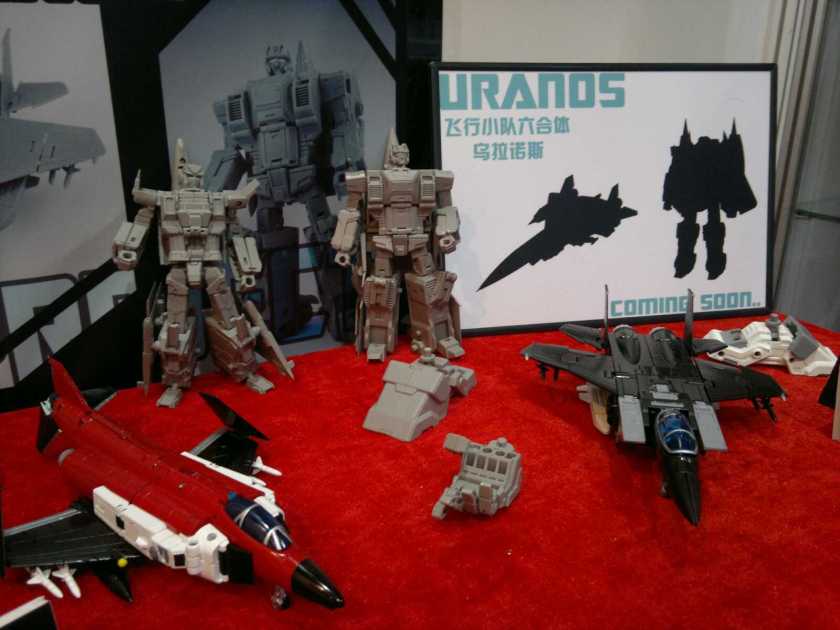 Well, before I get done with my Hot Spot post I thought I’d throw this up – apparently TFC confirmed that there will be 6 figures composing the Uranus (Not-Superion) set.

Which, as we all know how this fan base reacts, is like throwing gasoline on a dynamite explosion.  People seem to be split into two camps:
First camp – GEEEWON!  6 Bots BOOOOO EVIL TFC!

Second camp – Okay, sure.  That means more expense, but if he’s anything like Hercules (not-Devastator), then that works for me!

SO…..Let’s discuss.
Here’s my take – obviously I’m in the second camp seems I unbiasedly made the first camp sound like screaming babies.  They’re not, I can understand the outrage, Superion, like most of the other post-Devastator combiners has traditionally been 5 members.   My take is, okay, traditionally he’s been 5 but there HAVE been 6 members before, just not in the cartoon (which is what a lot of the fans base their reactions on.)  Just recently in IDW’s Robots In Disguise, the sixth member of the Arielbots was tragically killed in an explosion.   But there were six, possibly more.  Frankly, if the end result is a good looking, big as Devastator (Hercules) Superion, I don’t care if they make it 6.  Arguing that they’ll be more expensive might not be an accurate stance – if they stuck with 5 members, Silverbolt would end up bigger, and likely cost more than the limbs anyway.
So, what do you think?  Am I totally wrong?  Tell me why – I’m more than happy to hear peoples opinions on this one way or the other.