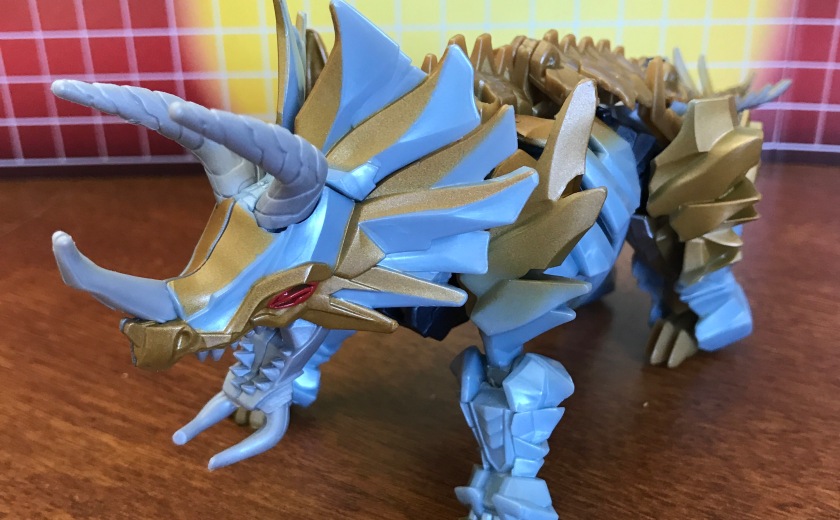 So many toys.  Seriously, there’s been an influx of stuff hitting now that the Last Knight is about to hit theaters and Tokyo Toy Show is in full swing.  I’ve got a few more Wave 4 Titans Return dudes to look at but in the meantime, here’s Slag! 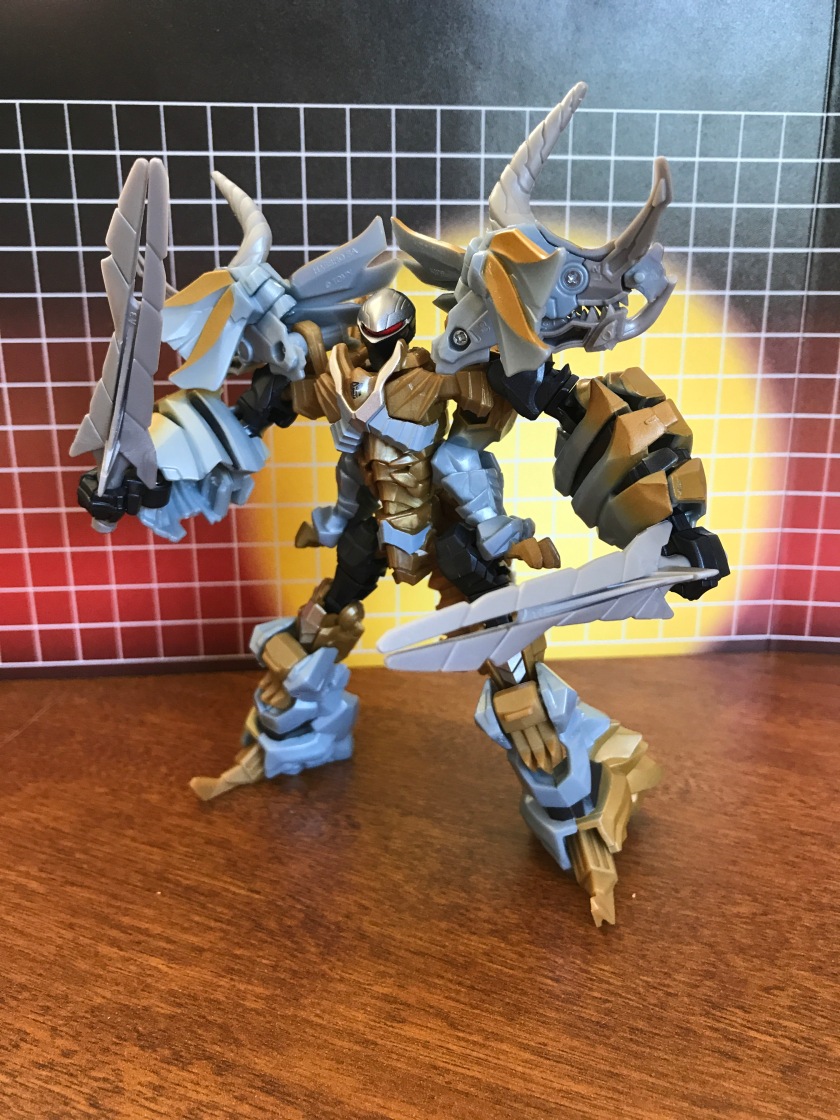 So these “Premium Editions” are getting a lot of flak.  Like a LOT of flak.  But it’s not that surprising.  So far with Wave 1 and Wave 2 we’ve had two repaints and two new molds per case.  The new molds are neat, but with any repaint you get the normal amount of neck beards complaining about it, which is dumb since repaints have existed since like day friggin one of Transformers.  The repaints are pretty extensive with the dinobots getting more metallic earthy tones and the cars getting somewhat more vibrant colors. 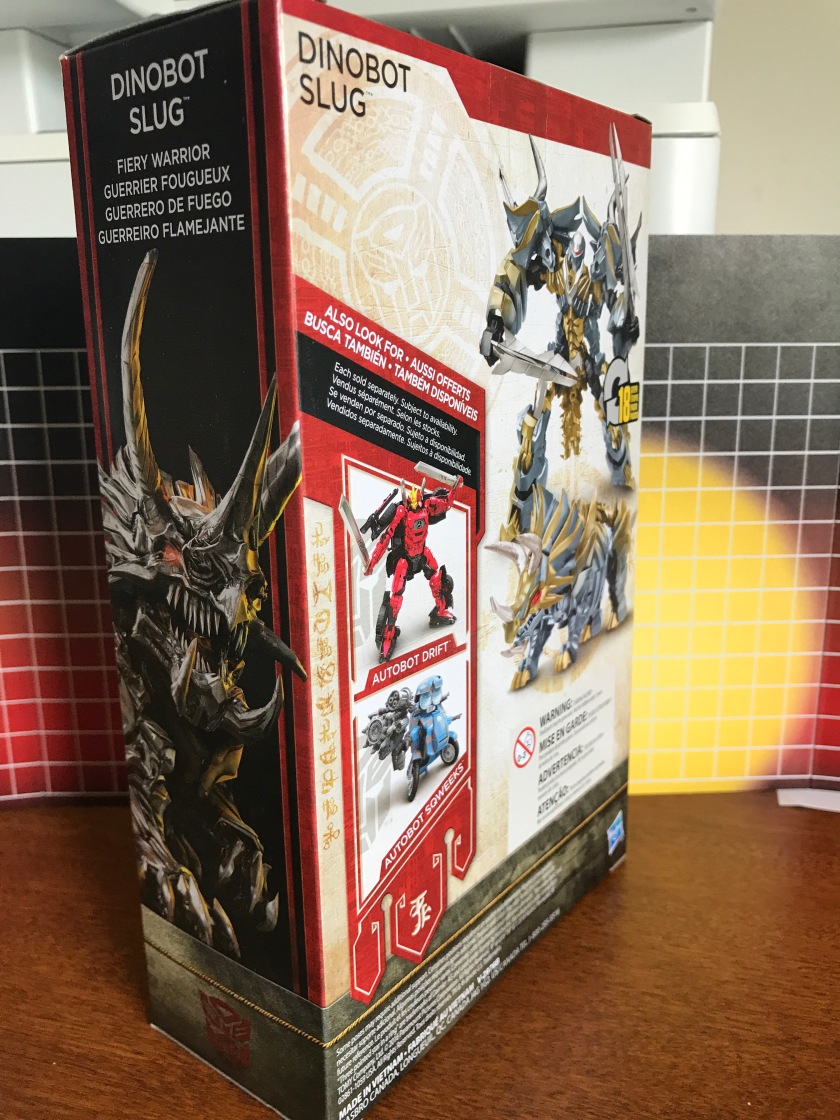 Where the LEGIT complaints might lie though is in the packaging.  See they come in these open window boxes which look great, but are SUPER plain.  Like no bio (other than “Fiery Warrior” on Slag’s and similar two-word descriptors on the other boxes), and renders of the toy in both modes.   They look nice, but they’re plain and coupled with the additional paint budget, they jack up the price about 10 bucks.

The new paint looks nice, and I love the red in the visor, it’s a great look.   Slag isn’t the best mold ever, he’s got a lot of shoulder stuff that gets in the way of his other shoulder stuff and it just feels a bit messy.  The gold and silver work well for him though.

While his robot mode isn’t top notch, I adore the living daylights out of his Triceratops mode.  It’s a stout, compact, and fun little dino who looks as angry as the character is typically depicted.

I like that the Dinobots are all getting red eyes in dino mode too.  The Dinobots always walk the line of being good/being jerks and so it’s fitting to have the eyes red.

The only thing I don’t like about this mold in dino mode is the weapon storage.  I know it’s supposed to be for more collateral damage when he’s charging or whatever, but it looks goofy and unnecessary.

If you have any of the various other versions of this guy that’s been released, I’m not sure this is for you, unless you really want a less flashy, but still metallic-y Slag.  These are the first Dinobots I’ve had access to since G1 though, seems I wasn’t really into collecting during Animated and G1 sets go for a LOT of money these days (unless they’re filthy KOs…) so I have a soft spot for them.  I loved the Platinum series with the G1 inspired heads, and I’ll likely get all of these Premium versions too seems I sold off my movie stuff a while back to make room and now totally regret doing that.