Welp…I really wanted to get Trypticon’s post done, but it’s been a busy week and Takara’s just dropped, so at this point I might as well wait for that.

In the meantime, COSMOS!

When I first read the assortment of the Titans Return Legends wave 5 would be just Seaspray and Cosmos, I remember thinking it was odd that they’d release the same Combiner Wars toy under a different theme.  Well, they did and they didn’t.

While they are structurally identical, there are cosmetic differences between the two toys.  The most notable change would be the shade of green used.  While Combiner Wars has a lighter, more cartoon tinted green, Titans Return is a far deeper, darker tone.  It doesn’t show up super well in pictures, but it’s there.

Secondly, the collar piece that the head is attached to is now molded, as well as the head, in red plastic instead of white.  This may sound insignificant, but it’s very noticeable and nice.

Finally, the Autobot symbol is smaller.  That’s about it.

While the changes are pretty subtle, I can easily say I do prefer the Titans Return version.  However, he does not come with his Target-master Payload.  I can see that rubbing a few people the wrong way, as the price is essentially the same.   I’d say you can skip Cosmos unless you missed him during Combiner Wars, then definitely grab him.  He’s a fun toy with a great design.   I do love these updated Mini-bots.  I’m very excited for Beachcomber and what else might come out of Power of the Primes!

(Edit: Facebook follower and reader Kelley pointed out something I totally spaced on, TR Cosmos also has the yellow sections on his forearms!  Thanks Kelley!) 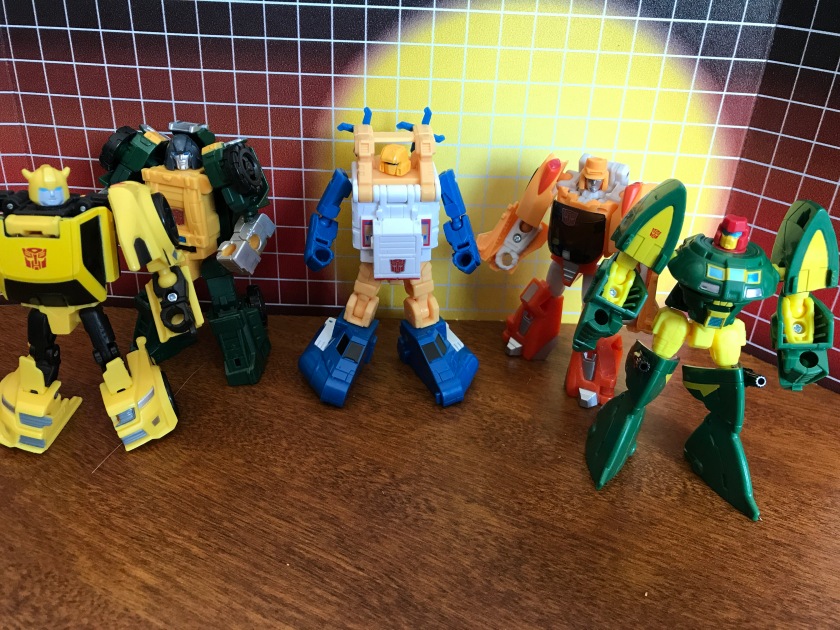