Ah crap.  I wanted to catch up on a bunch of reviews and then Toy Fair hit and now I’m super behind on all of it.  Let’s see if I can hammer out my to-do list this week, shall we?

Hatred aside for the Bay-films, the first Transformers movie still holds a special place in my heart.  Before it devolved into the garbage pile it is today, the first movie was packed full of awesome moments.  One of the more stand-out characters was Barricade, the Decepticon scout donning a Police Car disguise and really the first contact Shia/Sam has with The Transformers.  The MP Movie line really, REALLY started off on a home-run with Bumblebee (Edit: who I just realized, I never did a review on…whoops!).  They followed up strong with Optimus Prime but he had some QC issues.  Barricade looks to align the ship again with another very strong offering. 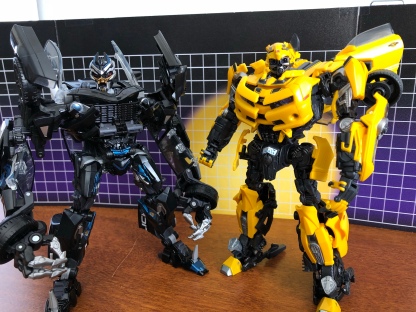 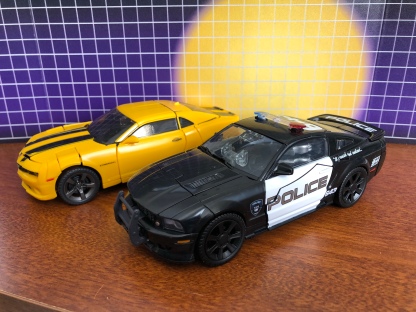 Bringing his official Saleen S281 Licence, Barricade is true to his on screen appearance right down to the licence plate and “To Punish and Enslave” text which was probably my favorite aspect when I first saw him on screen. 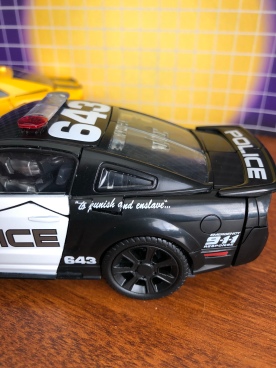 In robot mode, he stands at the same height as Bee, and features just an absolute TON of molded detailing.

His mouth is also articulated, which is a pretty neat added feature.  He has some diecast metal parts in his chest/torso which gives him a nice hefty feel, but keeps him balanced and pose-able. 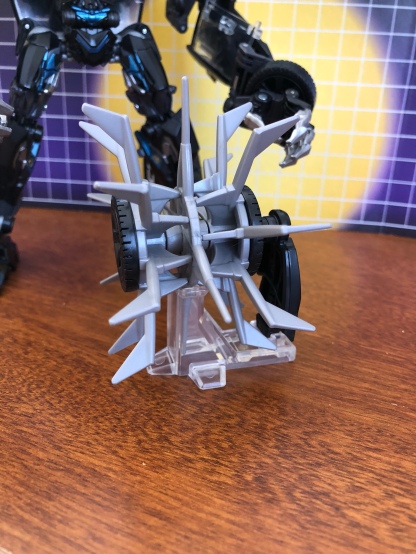 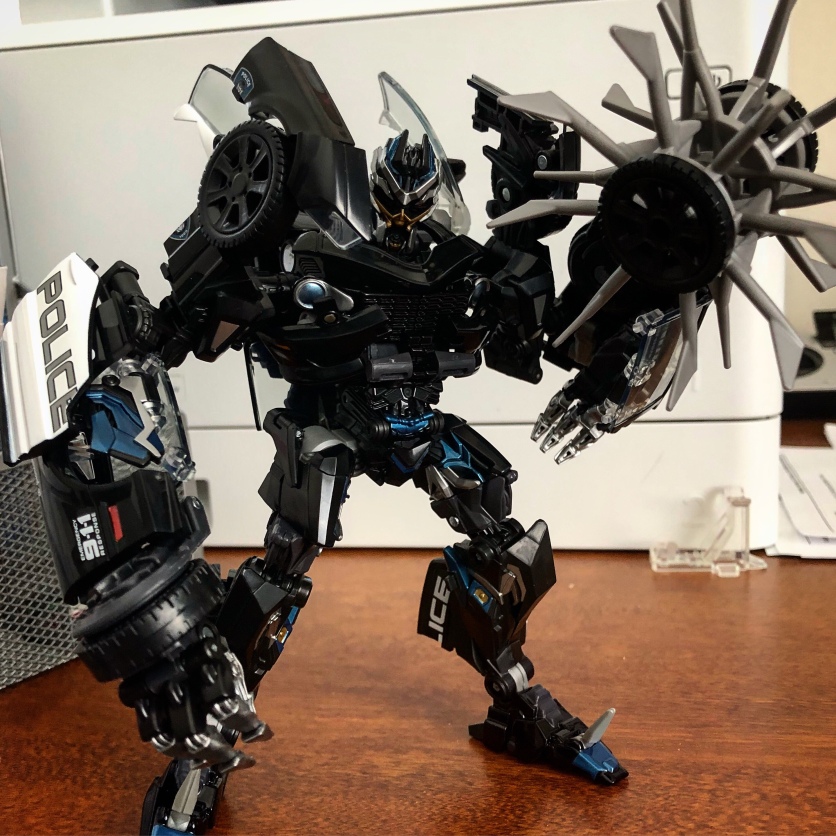 Barricade also comes with his spinning spike wheel weapon, which admittedly is a little less impressive than the screen version, seems it’s more of a clip on buzz saw and less of a flail/mace.

He stands about the size of a voyager, in robot mode, but scales with Bee and Optimus (and clearly Iron Hide who’s scheduled to release next).

He has a few down-sides.  I’m not a huge fan of how his arms basically just fold over a panel to fill in the forearm spot.  More glaringly in what seems like an incredibly odd thing to omit, (but obviously made due to budget constraints), Barricade does not come with his partner Frenzy.  While the “Human Alliance” version of Frenzy would likely fill the void, it seems odd to leave the little psychopath out.

BOTTOM LINE: Would I recommend Barricade?  Well, only if you like Barricade and the Bay-formers and appreciate this new MP line.   He’s not going to win over any new fans.  But being one of the more popular characters from the Movie Universe and one that, as of 2/19/18 and the last garbage movie, was still alive,  I think he’s a great addition to the MP Movie line. His transformation, while appearing complicated, is actually very straight forward and fun.  I would prefer this line to basically stick to just the first movie and I think Barricade will look nice with a few of the other Decepticons from the film. 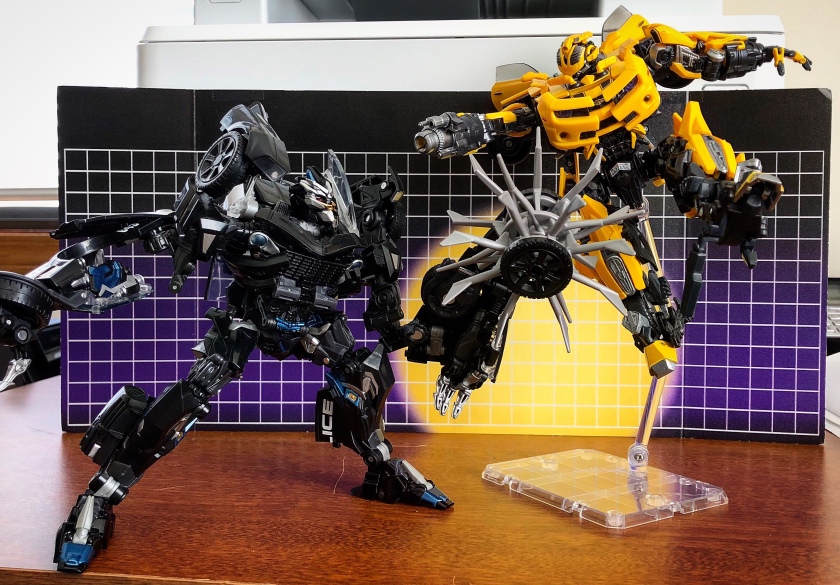