Up next is Asia Exclusive Swerve.

Let me start right out of the chute by saying I had a dilemma here.  You see, I never read the Marvel Transformers Comics as a kid, but I read the CRAP out of IDW.   In fact, I may start posting reviews on their series…but more on that later.  Anyway – Swerve has become an underground favorite thanks to IDW.  I for one think he’s awesome.  So when Hasbro announced Deluxe Swerve I was all happy.  Except…I have the G1 Reissue Swerve, who’s painted and looks awesome – here’s the Deluxe and G1 versions together: 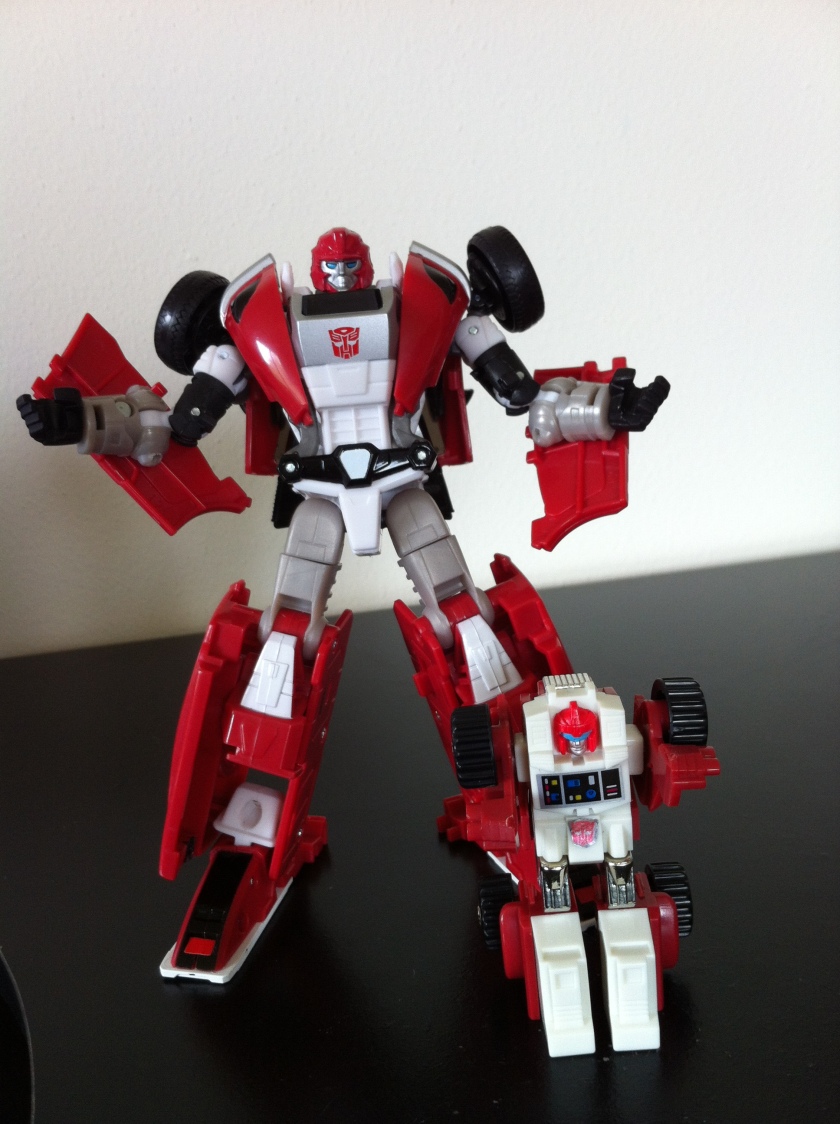 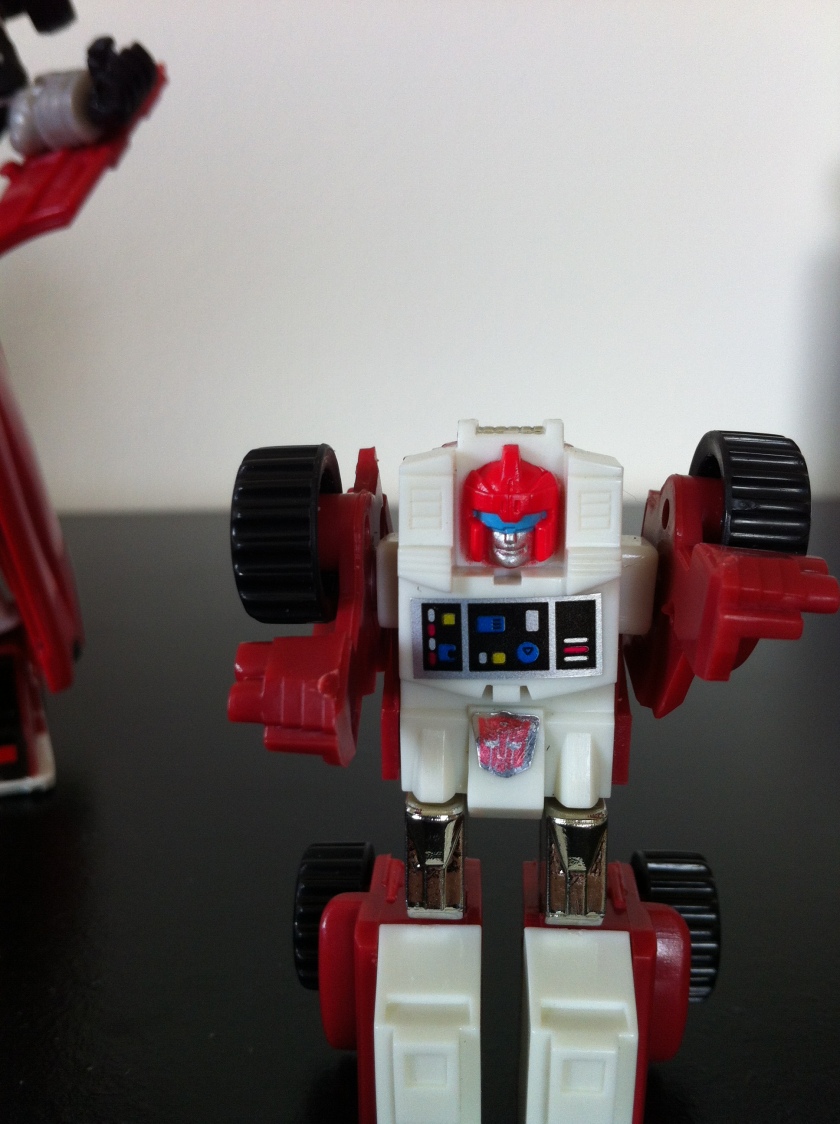 And a closer look at AE Swerve:

You see the problem?  Deluxe Swerve is too….tough looking.  No smirk, no visor.  He’s supposed to be smaller and the Kup Mold is one of the bigger Deluxe molds.   So this doesn’t really feel like Swerve to me.  He feels like….someone else.

Paint scheme wise, they did a great job of trying to match the Red, White and Black.  Look at Truck Mode:

But Deluxe Swerve just seems to strong looking to be Swerve.

SO….here’s my solution: G1 Swerve is also my Classics/IDW MTMTE Swerve.  He’s ideal, and is just a touch shorter than he should be.
Deluxe Swerve is going to be a different character all together.  A character I made up.  I mean, he’s such a cool figure that I want to do something special with him.
So that will be Part 2 of the post!