So this is Path Finder. 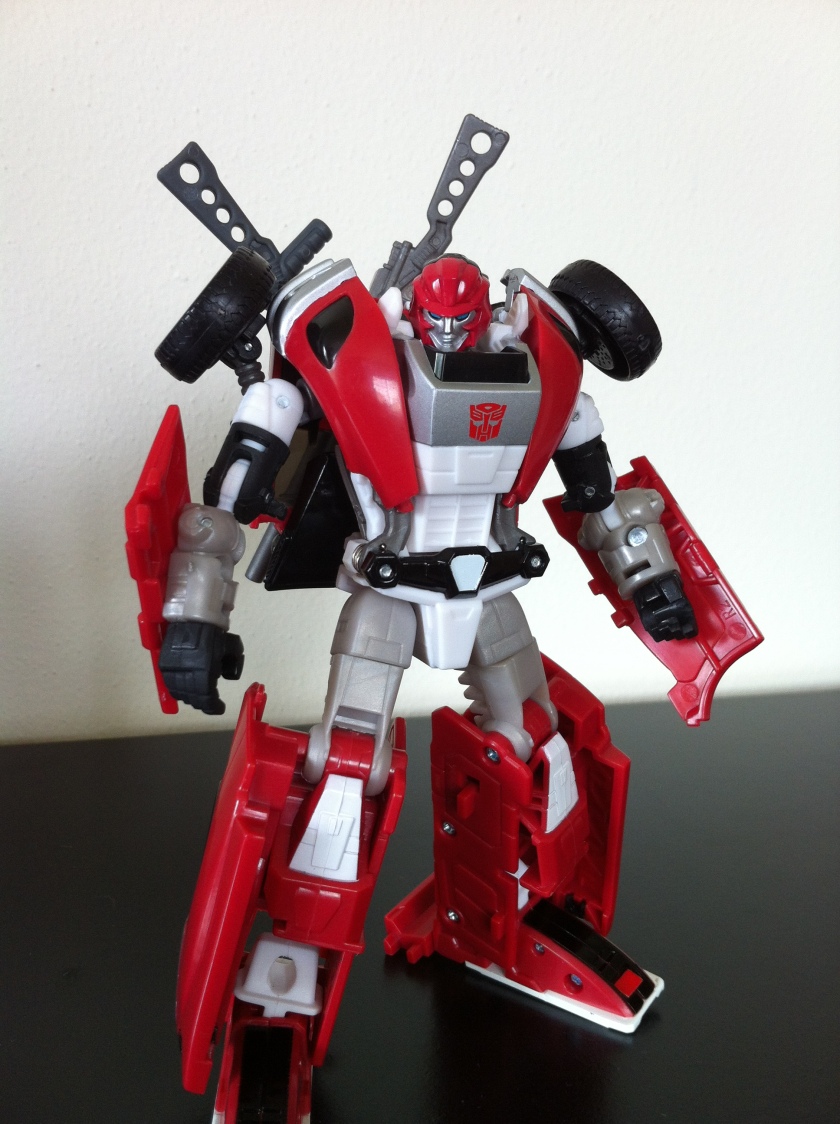 Not to be confused with this Path Finder.  Before I post his official “bio”, I’m just going to comment that I sure love this mold.  Obviously it was used for only Kup for a long time, but I’m glad they used it again as it really works well – nice transformation, solid feel, great articulation.  But when I have two or more characters using the same mold, I always try to distinguish them – so here’s Kup and Path Finder side by side:

I basically keep Path Finder’s front tires up on his shoulders and Kup’s down by his biceps, it’s subtle but works for me.

So anyway on to Path Finder’s Bio:

Aloof and quiet, Path Finder prefer to stoically work alone, looking for signs of Decepticon movement and picking out transverse able routes for the Autobot’s main force.   He holds the Autobot Code of Conduct to the core of his spark and focuses the anger he has towards the destruction caused by the war into every mission.

Path Finder uses his sniper rifles for quick, merciful kills before moving on to his next target.   While not unfriendly, Path Finder speaks seldom, once having gone deca-cycles without having said one word.  He  has a longstanding rivalry with fellow tracker Steeljaw and he generally considers his only true friend to be fellow Autobot Kick-Off.

In vehicle mode, Path Finder isn’t going to win any races against Blurr, but his Pick-Up form is solid, dependable, and can generally punch his way though very tough terrain in order to find alternative routes.

Path Finder utilizes a short burst temporary cloaking unit to escape large fire fights, as he prefers to take out targets one at a time, however this does leave him prone to zero-ing out his energon stores from time to time.
——–

So there we go – Obviously Kup donated his other “musket”, but that’s fine, I have a better blaster for him anyway.
Next up is SWINDLE!  YAY!