Okay, well, I’m mostly recovered from yesterday and it’s back to the grind.  Luckily work has been slow today, so I had time to apply and photograph the first part of Reprolabels most excellent upgrade set for G1 Metroplex: Set X-10 for Scamper and Slammer!

I was ready to come into this saying Scamper easily takes the WIN home for getting the most improved look, but really, is a pretty even draw here.  So let’s take a look at each figure (if you want to call Slammer a figure, lol)

As a kid, I remember spending WAY more time with Scamper than I ever did with Metroplex.  I was really intrigued by the fact that he was all black, with literally no paint or stickers other than the Autobot logo on his hood/chest.  Of course, now I realize it was just a cost cutting measure and seeing him all in black plastic actually was kinda lame.  But luckily Reprolabels saw fit to change that!  Finally Scamper has: Headlights, windows, Rims on his wheels, and some much needed detailing including the “Metroplex Security Force” call number on his rear.   But that’s not all –

He also gets tail lights and his “Classics style” license plate with his name on it!  Yet we’re still not done! 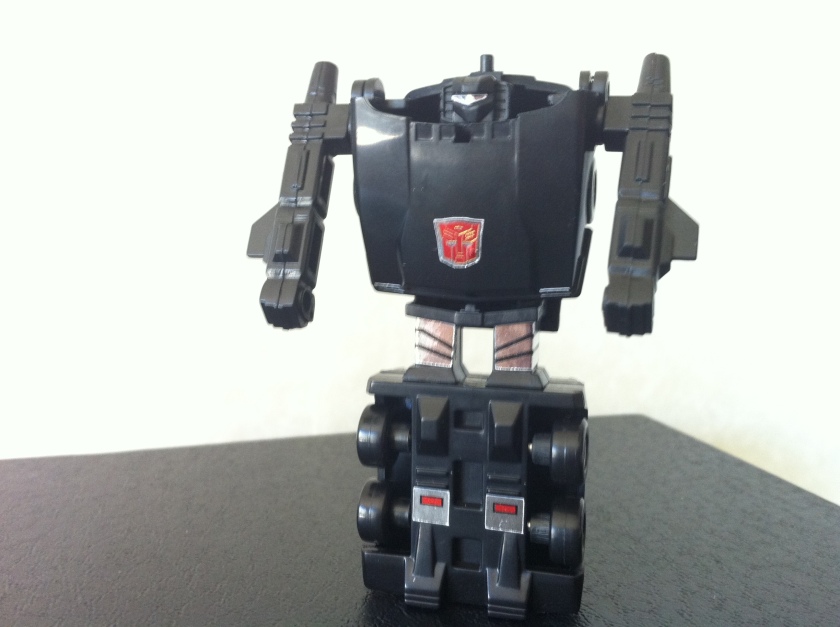 He also gets a visor, some knee pads and his thighs get some detailing to help distinguish his legs.  Oddly enough though, nothing is added to the arms.   But over all, a much, MUCH needed change from the all black/detail lacking original!

Slammer is about as much of a Transformer as Roller is, he’s really just a tank that becomes part of the cityscape on Metroplex: 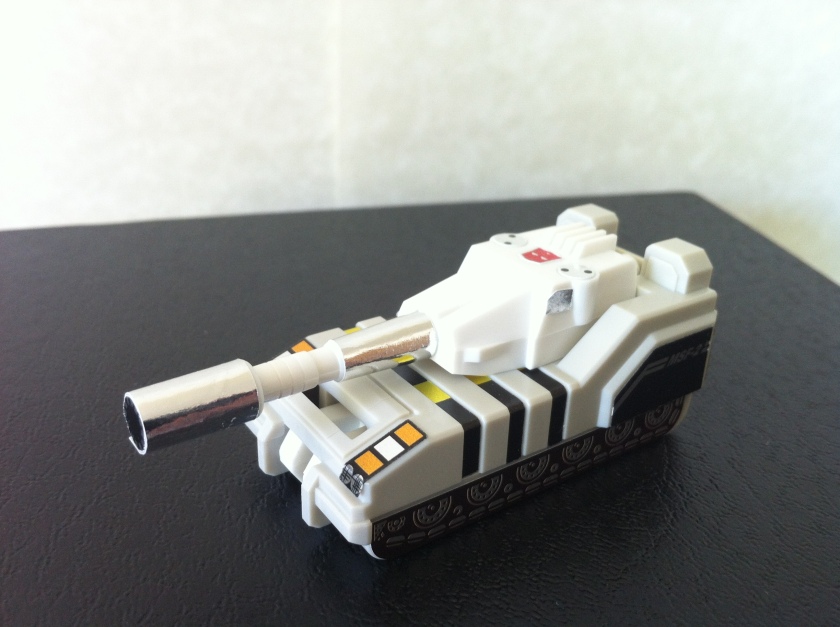 But with all this added detailing, he’s suddenly got a bit of a personality to him!  They even added a barrel sticker to the front of his cannon:

As well as some details to the top and back: 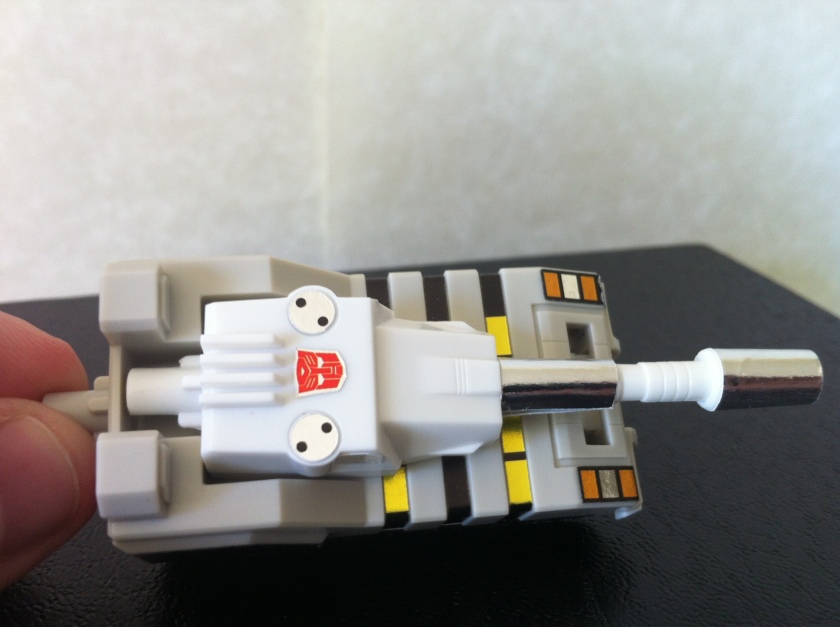 Though, admittedly the tail lights do look just like plain old stickers because of all that white.  I would have hoped for some rear tread details or something.

But where Slammer REALLY shines, is in tower mode.  The lattice work antenna this set adds really helps distinguish him as a comm-tower on Metroplex:

I mean, granted, it doesn’t look like too much yet, but once you see him attached to Metroplex, you’ll see how much better this works!

If I had one complaint, its that this set, along with X-5 are sold separately from X-11, which is for Metroplex himself.  I don’t get why Reprolabels didn’t just combine everything and charge one price, but I guess that’s a small gripe.

Next up will be the X-5 set which is for Six Gun, and then I’ll do X-11 on Metroplex last.
In the meantime, I’m going to crack open MP Thundercracker and play around with him.  His post will be PHOTO HEAVY, but that’s just how it goes.

He's ok. Not mind blowing and has some weird proportions in robot mode. Jet mode doesn't look nearly as bad as the initial stock pics made it look.
Target find
Tons of reveals today. Not the best set of pics I could grab. It’s been a long day.
Battle
Sizes.