I’m such a sucker for redecos. Take PRID Tailgate here:

Tailgate is a dead guy, who’s toy is redeco’d from the toy of another dead guy. Sigh…yet another reason I don’t like PRIME. Still, he’s Tailgate, which is awesome, and I like the toys of Characters that don’t appear on the show. 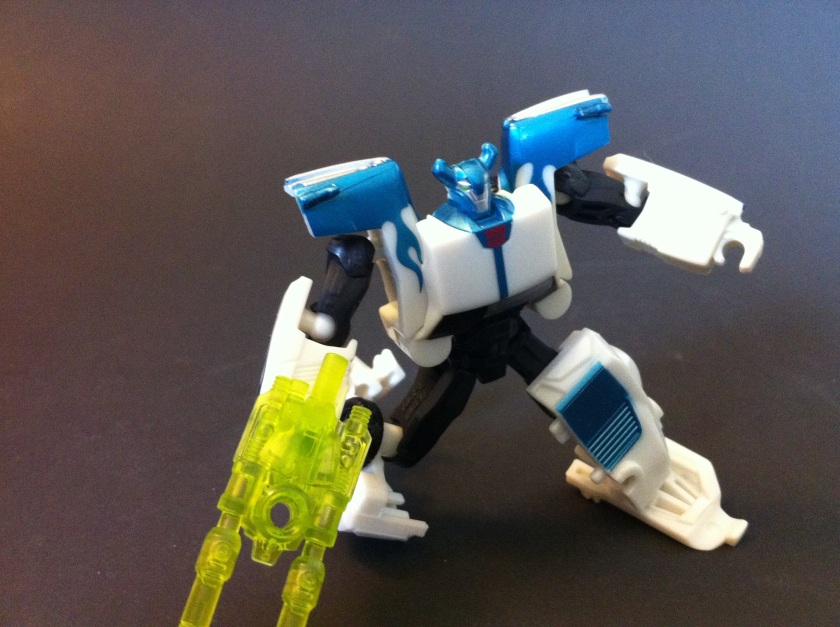 He’s a pretty cool little guy, and for 4 bucks I thought “why not” seems who knows when my stores will get the Combaticons in.

Alt-mode looks pretty cool too. Even though the gun is clear green, it’s a cool looking cannon.

So there we are, another Prime toy in the. Collection. I have to admit, they are cool toys.

Metroplex is done and the pictures are taken. I’m going to try and post on him today before I go out of town.