It’s odd, 2 years ago, I had 0 (Zero) Optimus Primes.  Then things changed.  With my recent lot that I picked up through my buddy in New York, well I’ve got quite a gathering at this point: 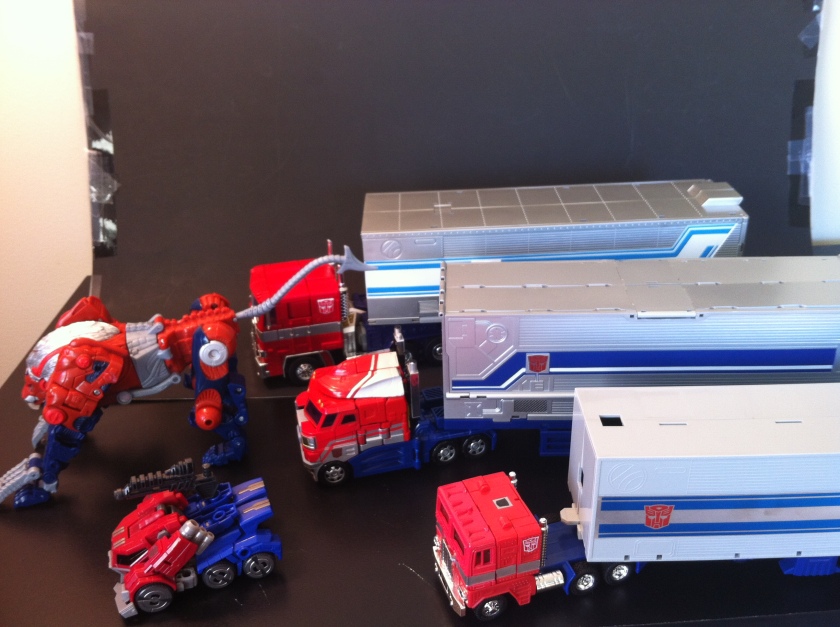 I also have a Legends Optimus, but I sort of forgot to include him…

A few things to note here:

1. ) Leo Prime is technically not “Optimus Prime” by any stretch, however, I feel Hasbro redecoed him for people like me, who want nothing to do with Beast Wars, but love the look of an OP colored Lion Transformer.  He even has an Autobot badge on his forehead instead of a Maximal one.

2.) G1 Optimus re-issue’s Roller, Fists, and Gun are all sealed in the box, and I didn’t want to open them up seems he’s right back in his box now, and even though the box is beat up, I’d rather keep him in there.

Both MP and Classics Prime and their trailers are Reprolabeled. You can’t quite see them from this angle, but they’re both great sets!  I’ve also ordered the new Fall of Cybertron set for FOC Prime, they add some very nice details.
There’s also my “Evil Primes” – 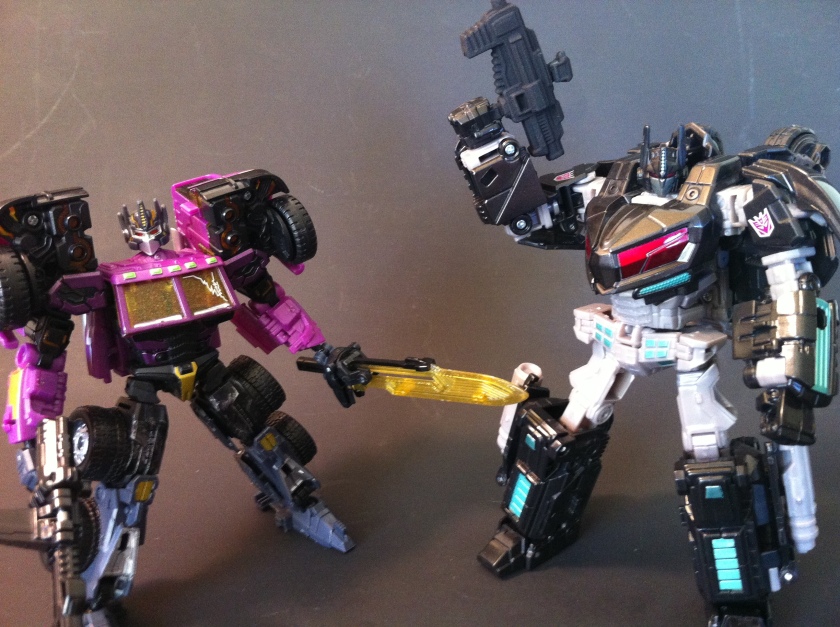 Shattered Glass Prime (Ver.2) and WFC Nemesis Prime from the Tokyo Toy Show 2011 set.   I switched WFC Nem. Prime’s gun to give to Shattered Glass Prime, and picked up a Shapeways Neuron Assault Rifle seems it’s an in-game accurate weapon (aside from not being part of his arm).
Finally, after I took these I was sitting there looking at Classics Prime and became increasingly annoyed with the fact that his crest and forearm details were yellow.  I don’t get the thinking other than trying to make him “stylized” but meh..give me traditional colors any day.  So with some masking tape and a paint pen, I went ahead and fixed him up a bit: 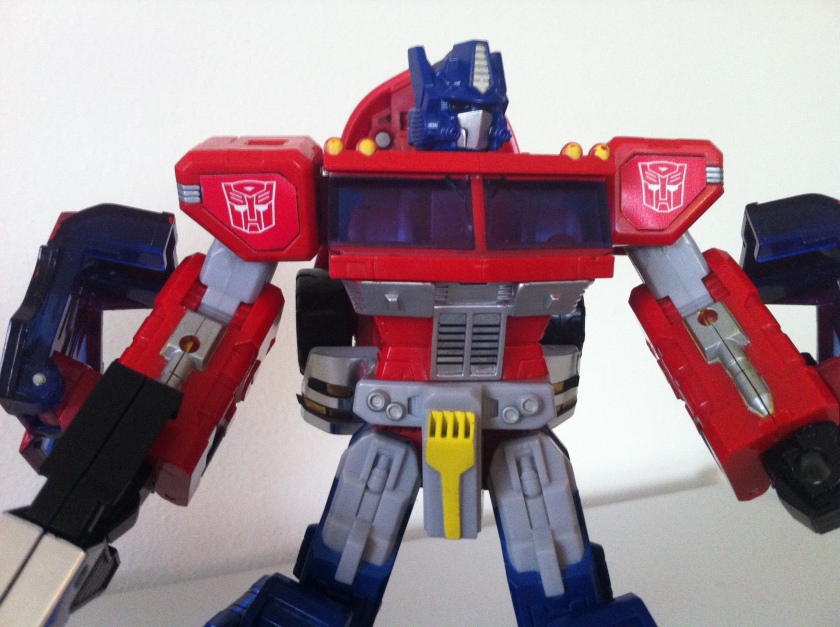 Not perfect, but It looks WAY better to me, and I’m sure as shoot not spending 200 bucks on his Henkei version.