*Sigh*…at this rate, I will literally get the G2 Combaticons before I finish the retail version.  That’s just absurd.  My impatience got the best of me when my Amazon pre-order showed a delivery estimate of Thanksgiving weekend, when BBTS could have it hear by THIS weekend.  Amazon = fail.

SO let’s get Retail Vortex done now, seems another one is just around the corner (not that its a problem!)

My love of Vortex has kind of waxed, waned and now is waxing again.  At first, I loved him from my SDCC set.  Then I kinda got annoyed by his lack for poseabilty.  But now, decked out in his flashy reds and purples, I’m kinda all about him again.  But really, everything about his joints are just awkward.  His double jointed weird knees, his high collar blocking his head, his weird L jointed shoulders, they’re all unique ways to get him into all three modes, but his robot mode really suffers.

Now, like Onslaught, I went ahead and ditched his swords, which I really don’t care for too much, for PRIME Kup’s cannons:

Whether they’re separated, or connected, I like the idea of him having a gun and not just a walking knife rack.  Here we see the color differences between SDCC and Retail.  Retail Vortex is…well…loud.  Like Swindle’s yellow, he just screams “HEY KIDS, BUY ME…C’MON! BUY ME!!”   But don’t get me wrong, I love it.  I love the red and purple and yellow and how they all work together…surprisingly well.    Once again though, the Decepticon symbol is totally missing from his chest.  WTF?

I like that the cannons make his rotor blades far less redundant.  But I do really wish they would have made it so they stay on his back, like his in-game model. 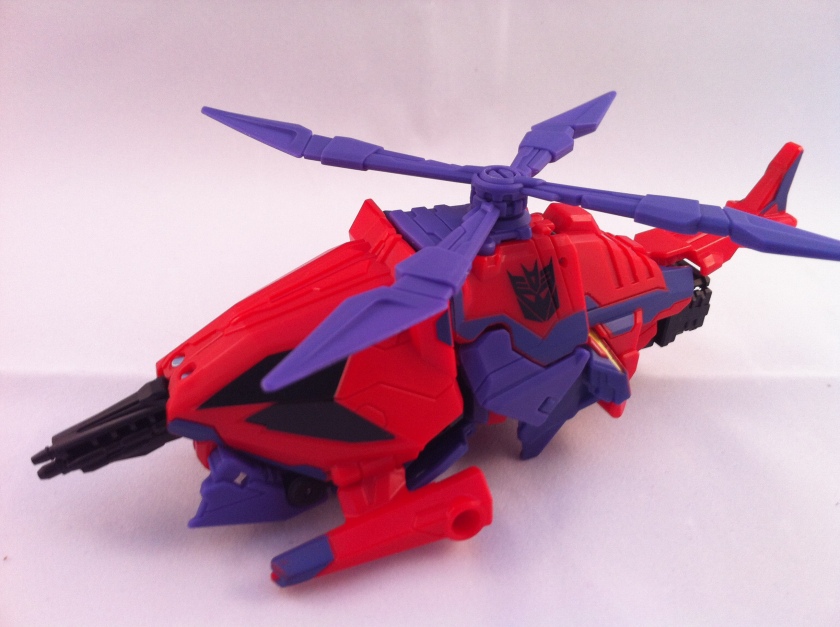 Where Vortex’s robot mode isn’t that strong, I do LOVE his chopper mode.  It works very well and looks spot on to the game model.  And luckily, those cannons look great too: 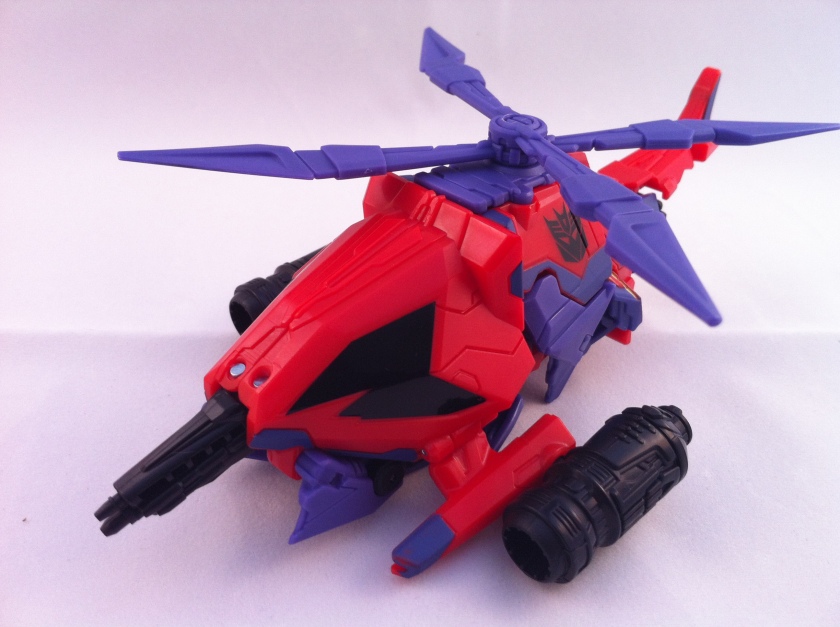 To me, this works so well as his secondary weapon in the game.   And really, looking at the two version side by side: 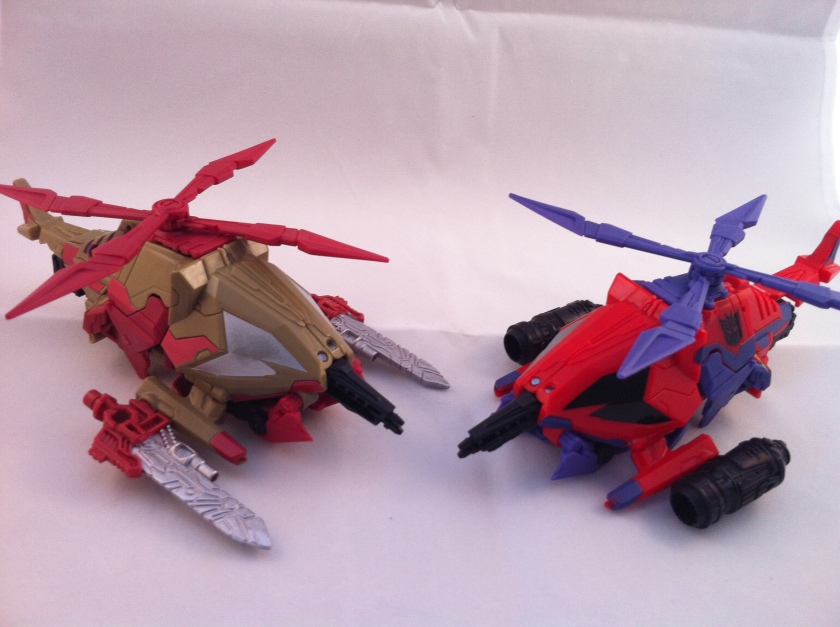 I just like them far more than the sword guns.  I don’t hate the swords, but I don’t love them either.  But seems I only have one set of the cannons, retail Vortex will be the only one who has them, which is fine.
So there we have it.  Not a ton of pictures or details, I covered most of him in my first SDCC post here.  And I’ll get into limb-modes when I have them all in, as I’ve been dinking around with Bruticus and researching the most optimal transformations for all five so that Bruticus really looks good.

Lots more to come this week, including: MP Sideswipe, PRIME Rumble, return of BotCon &  G2 Bruticus (most likely next week though).