Well, we can end on an awesome note with Sideswipe:

As with the some of the others, Sideswipe is a retooling and repaint of another mold, in this case Jazz. 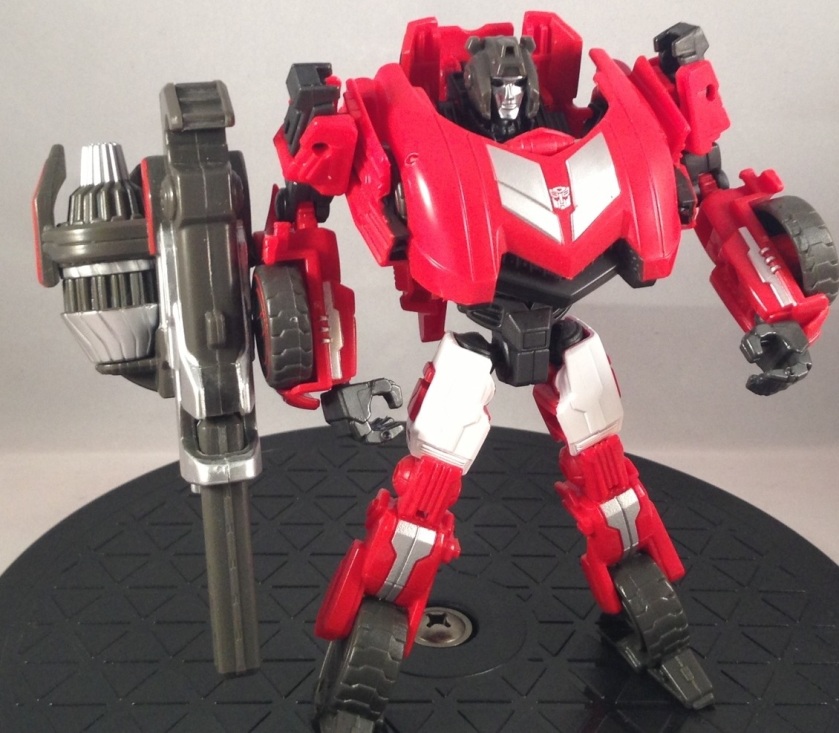 Now, take this line for what you will, I really love them and while I think Jazz is great, Sideswipe seems to make far better use of the mold. I really think they did an amazing job of making him exceptionally Game-accurate. 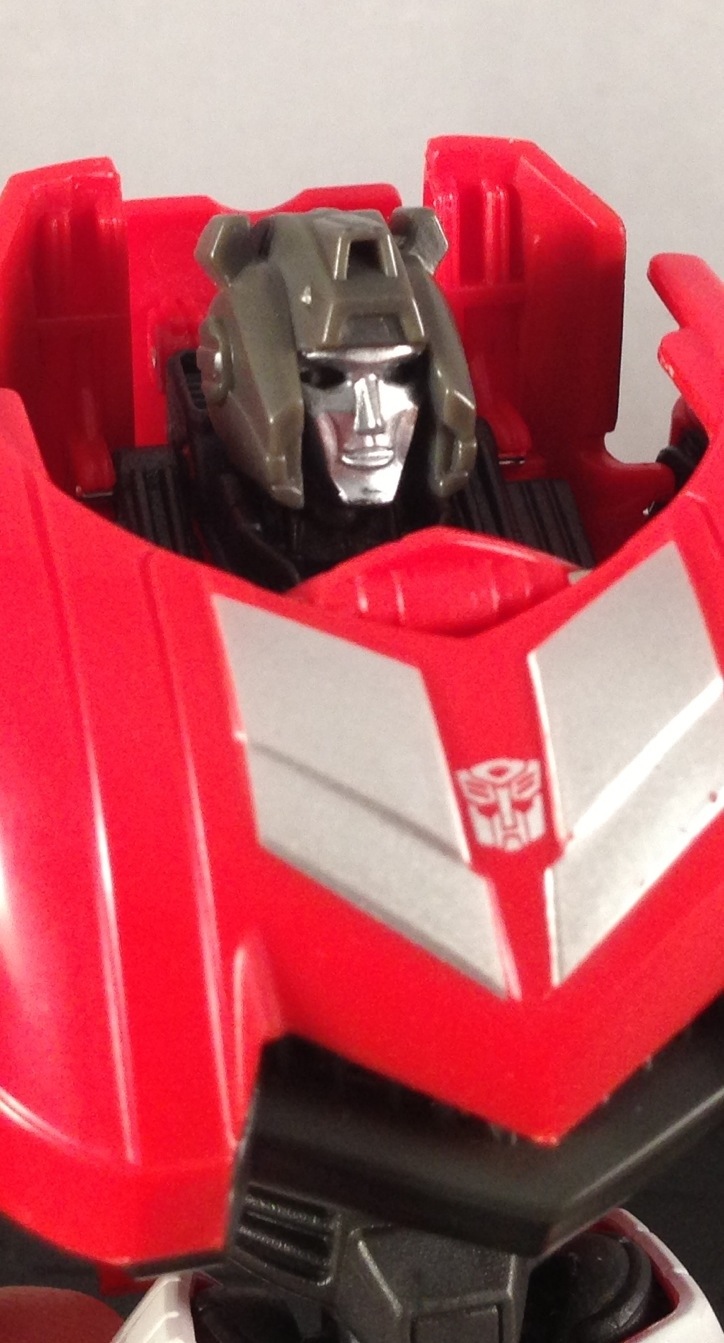 The front end/ chest is entirely replaced, and the head sculpt is spot on, though..I don’t get why they left the eyes grey. He has no light piping that I know of. I’m hoping reprolables makes a set that includes blue eyes for him.

His weapon is designed after my personal favorite gun for the game, the path blaster. Though in this case, it’s huge, and has a turbine engine attached to the side. It’s actually a bit heavy for his arms, so I keep it pegged into the side for more balance and support.

Here’s a comparison shot with Jazz. Jazz is touched up with reprolables at this point.

After spending so much time with Masterpiece Sideswipe, I find myself loving the silver pin stripes on FOC ‘Swipe. It’s a nice touch from the Game and I’m glad they added such details.

In alt-mode though, Sideswipe REALLY takes the cake. He looks just awesome and aside from the rear “hands” issue, I can’t find anything wrong with him, though as usual, a few detailing stickers will be nice. His UBERblaster attached to the side as well, though…I prefer to just leave it off.

Lets take another look at Jazz in comparison: 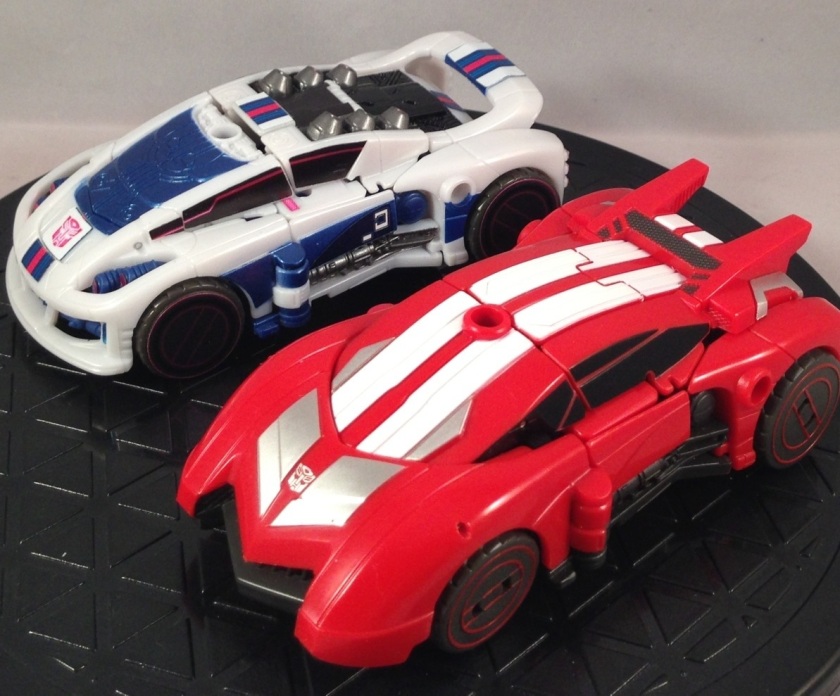 I mean, again, the excellent retooling job keeps them looking completely distinguishable and I really like both cars, they are my favorite of all the designs so far!

I’m very happy to have him on my shelf. I haven’t seen too much of a difference between Hasbro’s and Takara’s though I’m sure the differences will be subtle.

So for the time being, that’ll be all for FOC. I have Grimlock on Pre-order, and I’m still debating if I’ll get Hasbro or Takara’s Blaster (but I WILL get one of them!). I’ll be shifting focus to other stuff now, including my recent little haul from TFSource:

You could say I’ve had the G1 itch…