Let’s get the obvious out of the way…this isn’t Air Raid..THIS is FoC Air Raid: 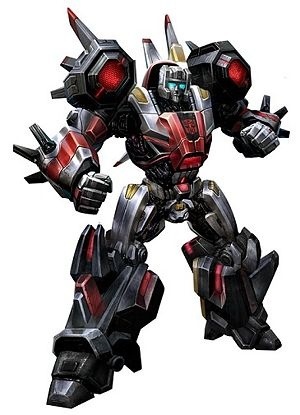 As a general consensus, most people have taken to calling him Fire Flight. That way, he’s still an Arielbot, just not Air Raid..seems Air Raid is pretty distinguishable.

Anyway on to Fire Flight:

He’s a pretty impressive retooling and repaint. The burgundy and copper work really well together, and they changed his design enough that you don’t immediately think Shockwave.

His head sculpt is pretty cool. At first I was going to use him as my Chromedome, but then this happened. The light piping works well enough but he has red eyes which doesn’t scream Autobot. Then again it works with his colors.

He has some pretty unique weapons. His short sword combines with his…erm…blaster…thing..to create..a…um..bigger sword..? Ok so it’s not the best set of weapons. His forearm gun is similar to Shockwaves, but is missing a barrel, and usually I have it pegged on his back, like cannons I guess. It’s really just another way to distinguish him from Shocks.

Speaking of which, lets look at some comparison shots:

Honestly, I think Hasbro did a great job of making these guys different enough to warrant buying both. Though the transformation is roughly the same, Fire Flight’s gun/blade thing folds down through his fuselage:

Unfortunately this prevents him from laying flat:

But all in all, he’s a cool looking artillery jet. Again the colors work really well for him:

As a general rule, I keep the wings back so he once again looks a bit different from his mold mate. He could really use some Autobot symbols on his wings and some nice detailing. Reprolables have been kind of slow to produce sets lately, so I’m hoping well get some stuff soon.

Finally, it’s worth pointing out that the Takara version of this guy is going to be far more Air Raid-y looking in terms of colors: 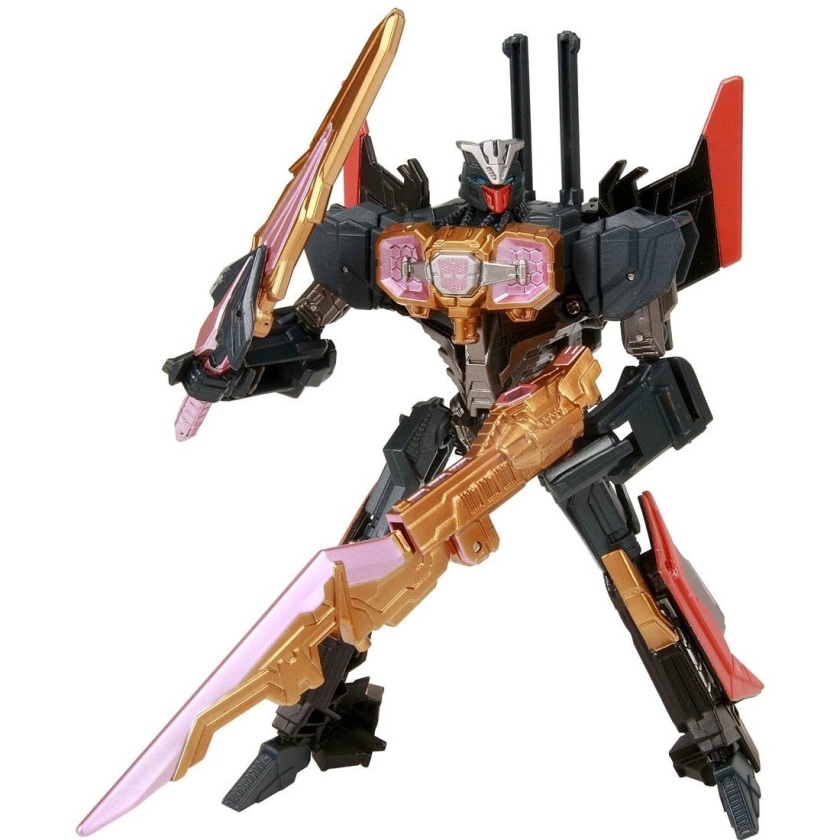 I fear I’ll be tempted to buy him…blast you, Takara!!

So there you have it, FOC Fire Flight.

On a side note, I remember playing as Air Raid in the original War For Cybertron game and loving his design. I specifically remember thinking to myself “man, if they make these guys into toys I would buy every one of them!”  While this Air Raid isn’t exactly what I was wishing for, I am very happy to have such a wide selection of characters made from both games.

Sideswipe will be next, then that will be it for a while for FoC (I’m going to wait and try to find Kickback in stores, I’m in no huge rush to buy him online).  Next we’ll move on to other stuff…until Takara Bruticus comes in that is.