While I normally don’t buy PRIME stuff all that often, I’ll admit there have been some very cool releases and while I don’t like all the toys from the line the ones I do, I REALLY like! Enter Twinstrike:

Twinstrike is a rather perfect homage to the G1 terrorcon, SinnerTwin, and like his G1 counter part, he will, in fact, combine with the other Terrorcons scheduled for release to form Abominus! That’s right, a Prime Combiner! So for now, lets take a quick look at Twinstrike:

As a Legion class, Twinstrike doesn’t really have a whole lot of articulation. His arms and legs move but that’s about it. He does come with his war hammer which is pretty cool, but that’s about all there is. His detailing is nice, if not a bit basicz 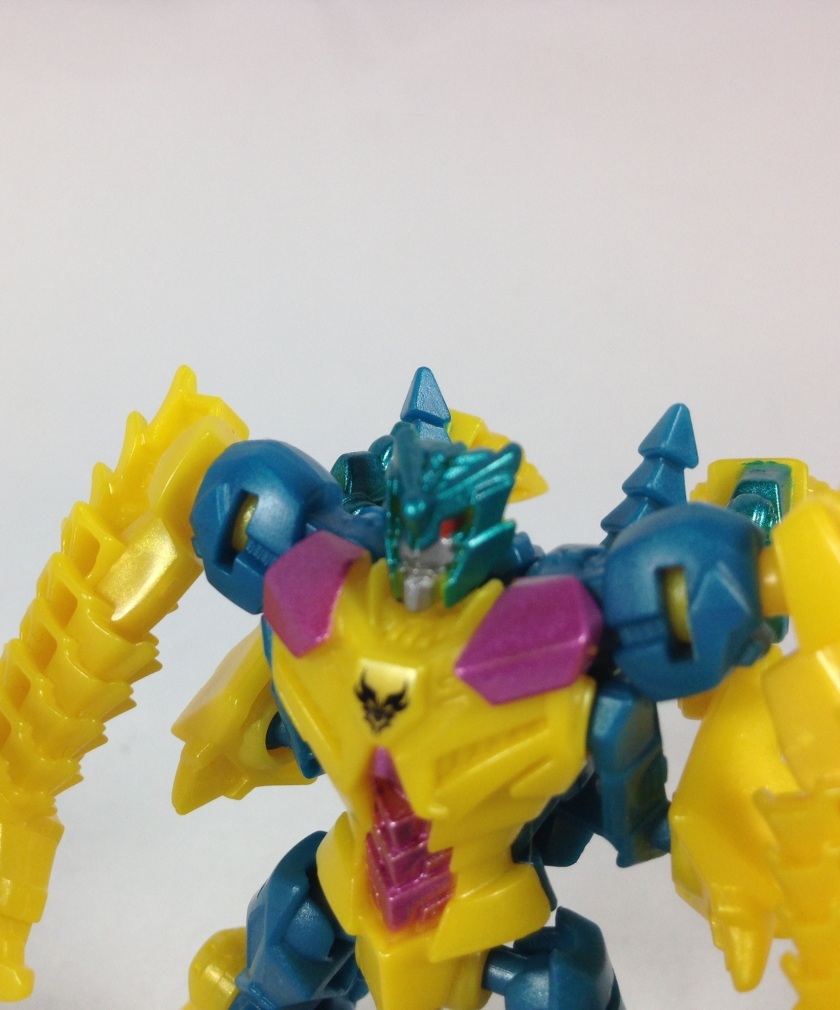 His head sculpt is pretty awesome though, with dark red eyes. The Predacon symbol is nicely done, but I’ll likely put a Decepticon symbol there.

The transformation is pretty Ingenious, using a panel in the rear legs to rotate creating a robot leg when down and dragon legs when up. Because the heads are the arms you can angle them in different directions!

So that’s really all they is to him, nothing too amazing but well worth the smaller price tag. The gift set of all five is due in Fall I believe, maybe sooner.

Next up, some more FOC Loving! ( I heard that groan!)