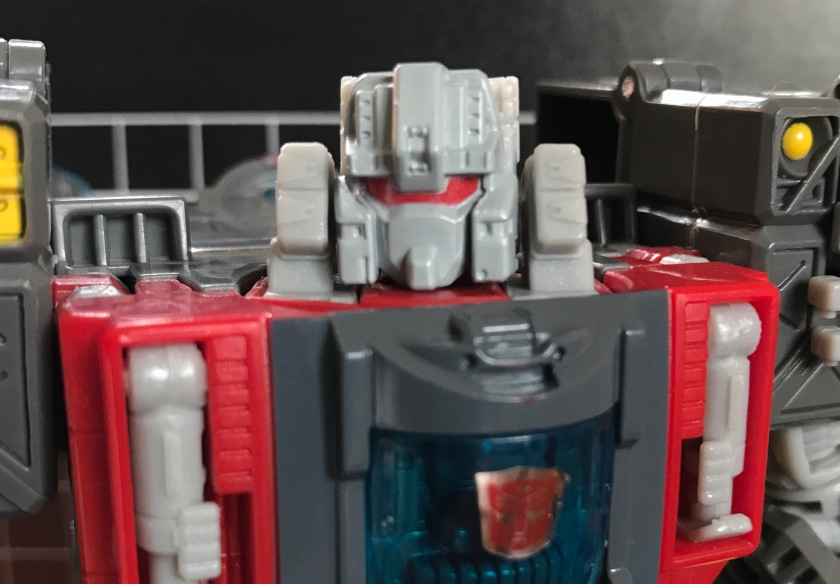 I never owned a G1 Broadside.  I still don’t.  He’s not one of those characters that I super dote on, but as the lone Voyager class toy in Wave 4, Broadside brings his unique charm to the Titans Return line and I totally love it. 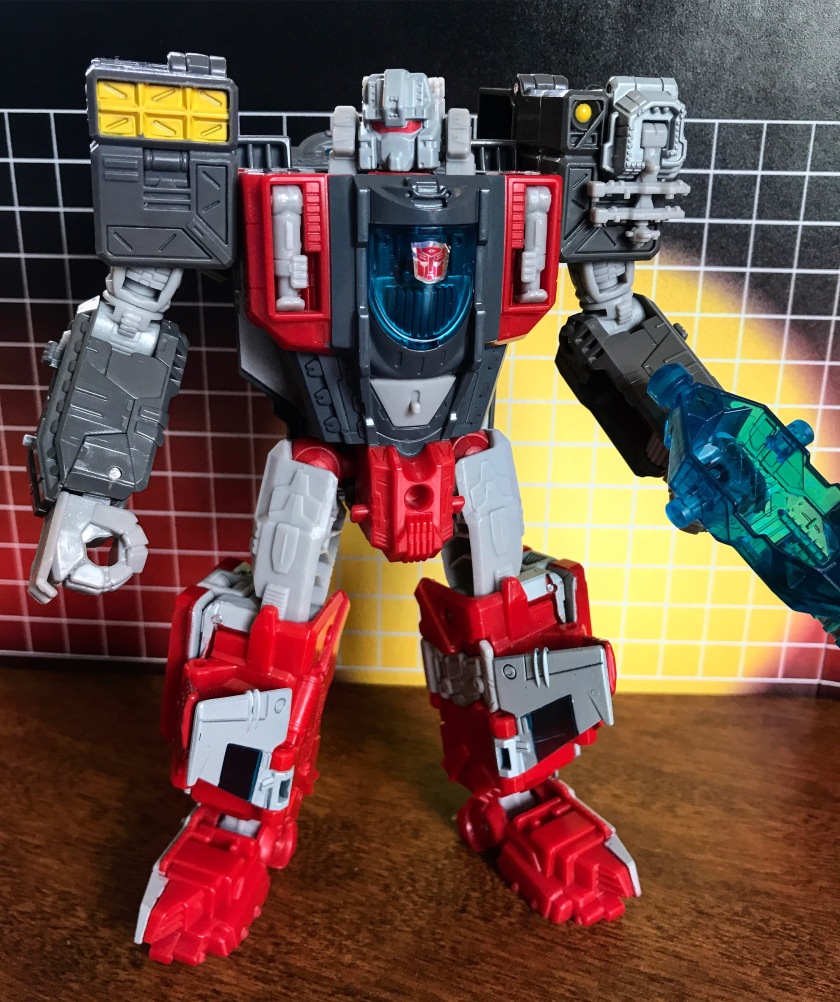 There’s a lot to talk about here, and I’m going to try and avoid getting bogged down by rebutting some of the absolute stupid complaints about the toy and character.  Broadside utilizes Mass Shifting.  They’re toys.  Use your imagination and stop over thinking it.

Broadside’s Titan Master is Blunderbuss.  That’s a great name.  I mean, it’s goofy, but it sticks with the whole “nautical aircraft carrier” idea.  (a Blunderbuss is the kind of gun a pirate would use, FYI).  Blunderbuss’ Titan Master power is… you guessed it… MASS…..SHIFTING.

Broadside comes with this goofy clear blue gun.  It’s ok.  It’s colored like ocean water, in that it’s clear and blue.  It has a seat built in like all Titans Return weapons.  I feel like it was maybe intended to be a sword too.

G1 Broadside also came with an Axe.  I don’t know why, but I always like guys that use Axes.  Swords are played out.  Axes are where it’s at.   Titans Return Broadside does NOT come with an Axe, but if you happen to have a new RID Optimus prime toy laying around, his Axe works great.

I find it incredible that Broadside is a retool of Alpha Trion.  It’s kind of amazing.  The two toys look nothing like each other (other than the feet).  Even the thigh pieces are remolded.  Seriously, bravo Hasbro. 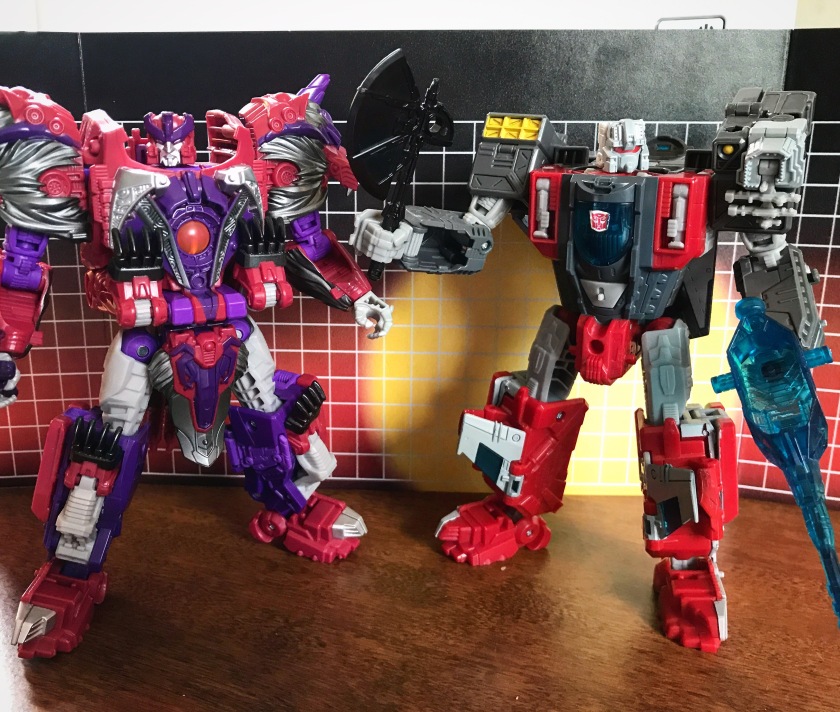 So here’s where it gets even cooler.  Broadside’s first alt-mode is an Aircraft carrier, and the G1 version was pretty bland.  This new version is right out of Top Gun or something.

You can remove them with a clippers and they have peg holes in the bottoms of each jet so you can attach them to the carrier!

Oh and the tower also folds down to make a seat for Blunderbuss, which is admittedly pretty silly looking but I kind of also adore it.

Of course, with a Triple Changer that has two VERY different alt-modes, you’ll find one mode suffers a bit.  Unfortunately, Broadside’s jet mode isn’t jaw-dropping amazing.  It has a lot of kibble in the back and doesn’t look super functional, but he’s a space-fighter-jet so who cares?  And to be perfectly honest, the more time I spend with the mode, the more it’s growing on me. 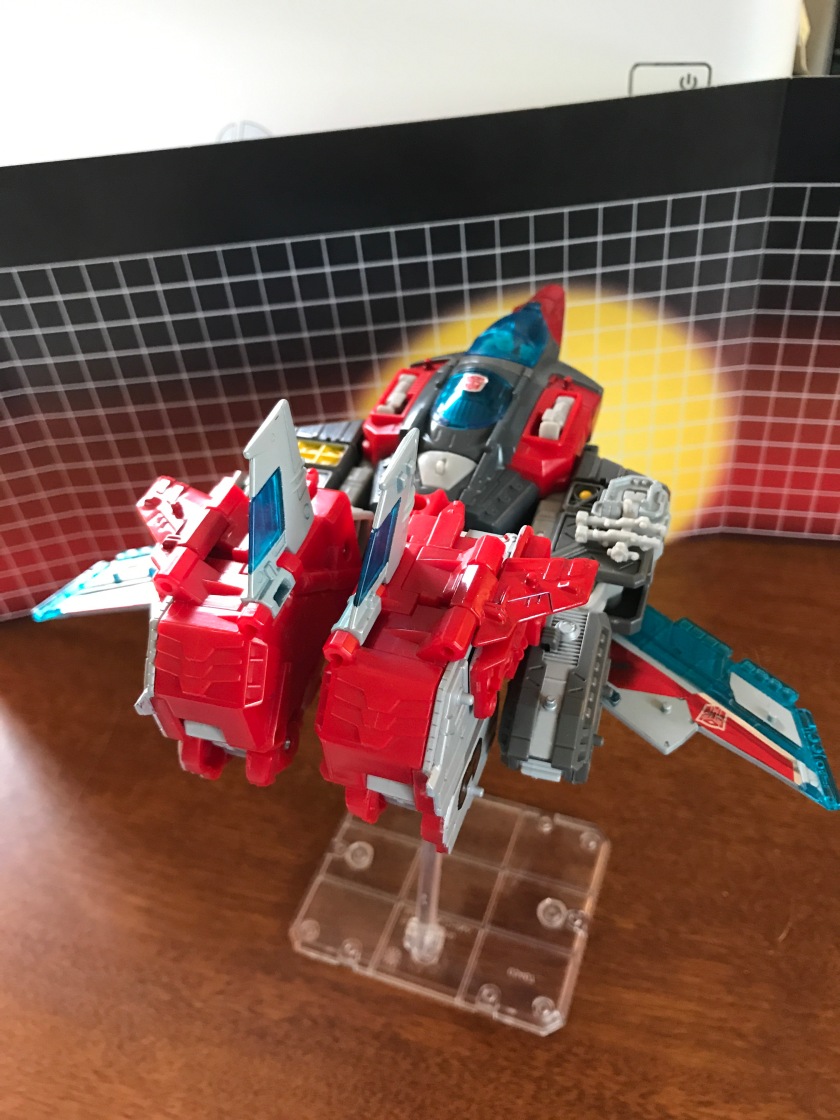 People have come up with a “fan mode” where you just straighten the legs out and reverse the tail fins.  I don’t find it necessary, but if you do choose to do this, be warned, the grey fins are a little softer than the rest of the plastic and CAN TEAR when removing them.

In the end, I totes adore Broadside.  He’s a ton of fun and I love that Hasbro isn’t opting for different alt-modes and sticking with the original 80s ideas.  They know their audience and it shows.

A couple of final notes:  Shuffler looks great on him.  Shuffler looks great on everyone basically.  BUY SHUFFLER.  Also, another “common” complaint about the toy is the stickers having “bubbles” in Carrier mode.  That’s because there’s molded detail underneath.  If it bothers you, ToyHax has a set for him, but I find their stickers peel WAY more than Hasbro’s so keep that in mind.