Man, I have a lot of these to do.  Still trying to catch up on stuff and fighting off being bogged down by a back log of awesome Transformer toys I want to get posts done on.  #firstworldproblems. 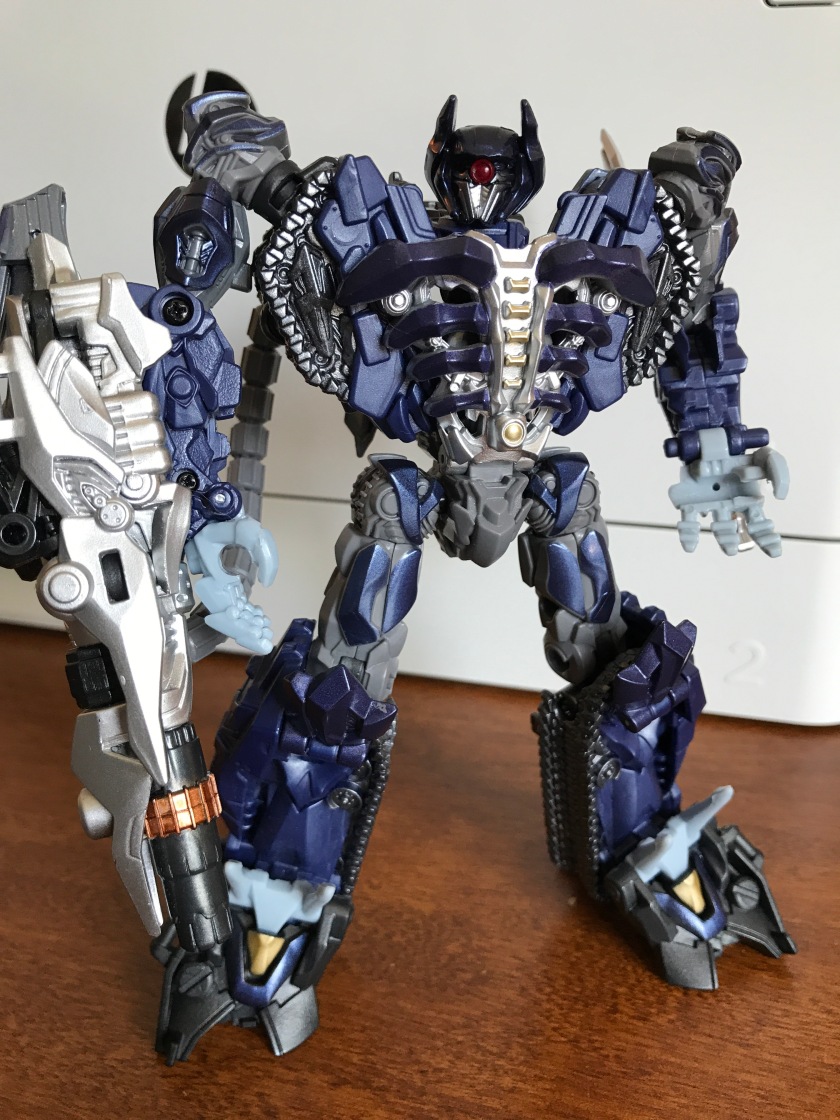 Anyway, here’s Shockwave! These Movie the Best Toys really are great.  Shockwave was pretty excellent in Dark of the Moon, from his dynamic entrance to the end when that murderous jerk Optimus kills him off.  He was a great addition to the movie. 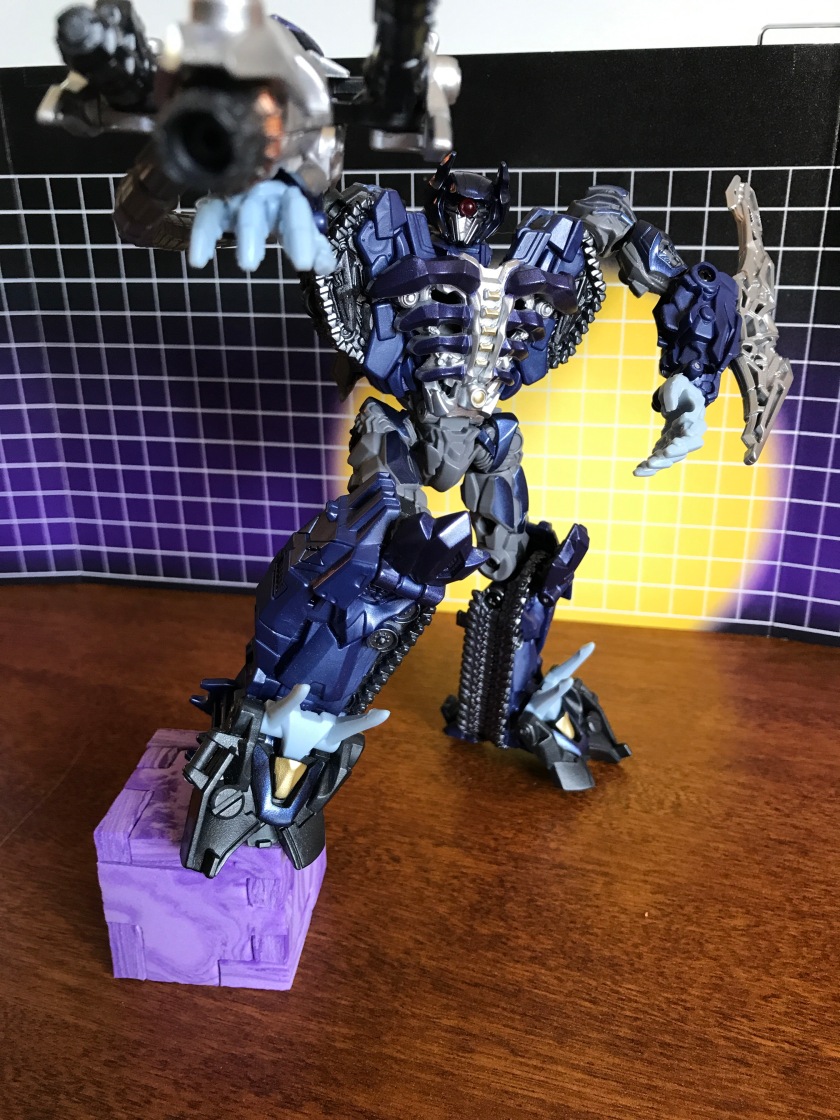 As a toy, he only saw a couple of molds, the main one, which this toy uses, was a voyager class figure.  He’s a short Voyager though, but that’s not really an issue.

His colors are spectacular, with the deep dark metallic plumb and his steel, gold and light blue highlights, he just pops.

His tank mode works well too, with everything folding up nicely and creating a very nice looking Cybertronian battle tank.  His initial release was under the “Mech Tech” line so his cannon still automorphs when you push the rear tab.

He also has his sword/railgun/weapon thingy too, which also pegs into his tank mode. 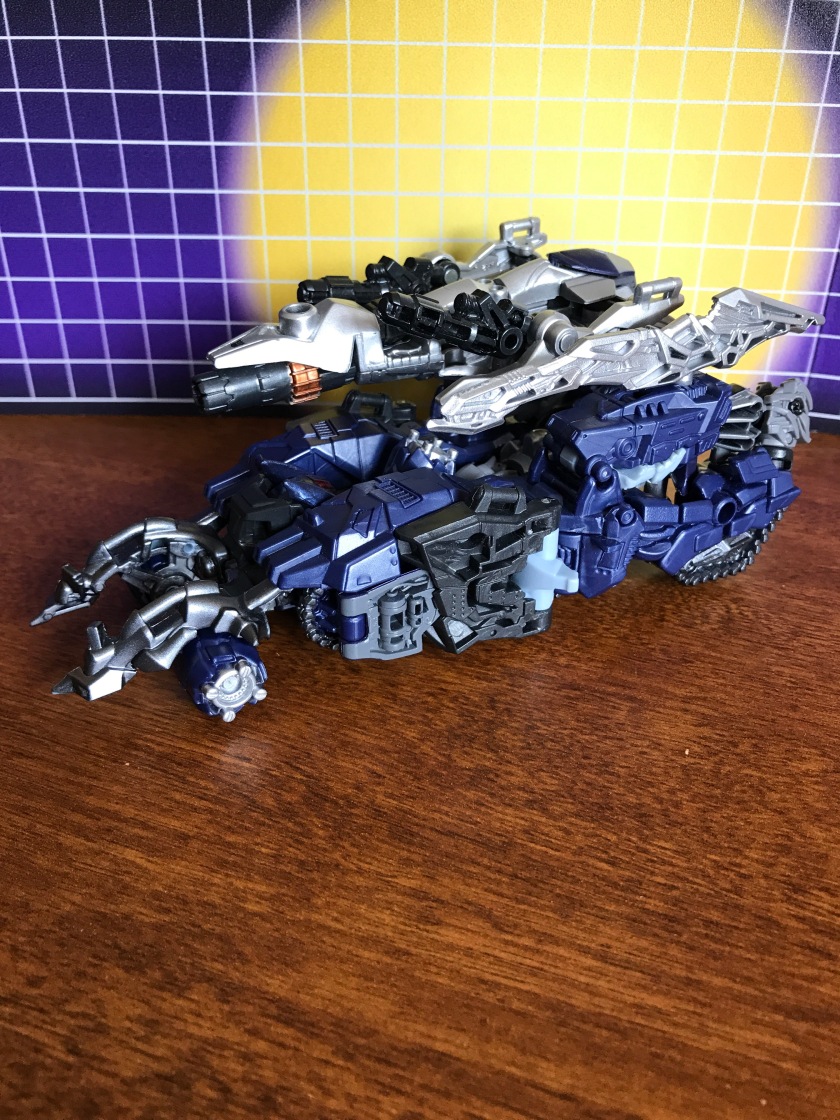 But again, he’s a small voyager, surprisingly so I guess, seems I’m mentioning it again.  But here he is next to deluxe Sideswipe, so you can see just how compact he gets.

Ah well, he’s still a fantastic edition to the line and really if you’re just looking for a solid Movie-verse line up, this line is made for it.  Otherwise he fits in with the Shockwave family just fine (don’t judge me for not having a G1, I’m still trying to find a nice, fully functional one).