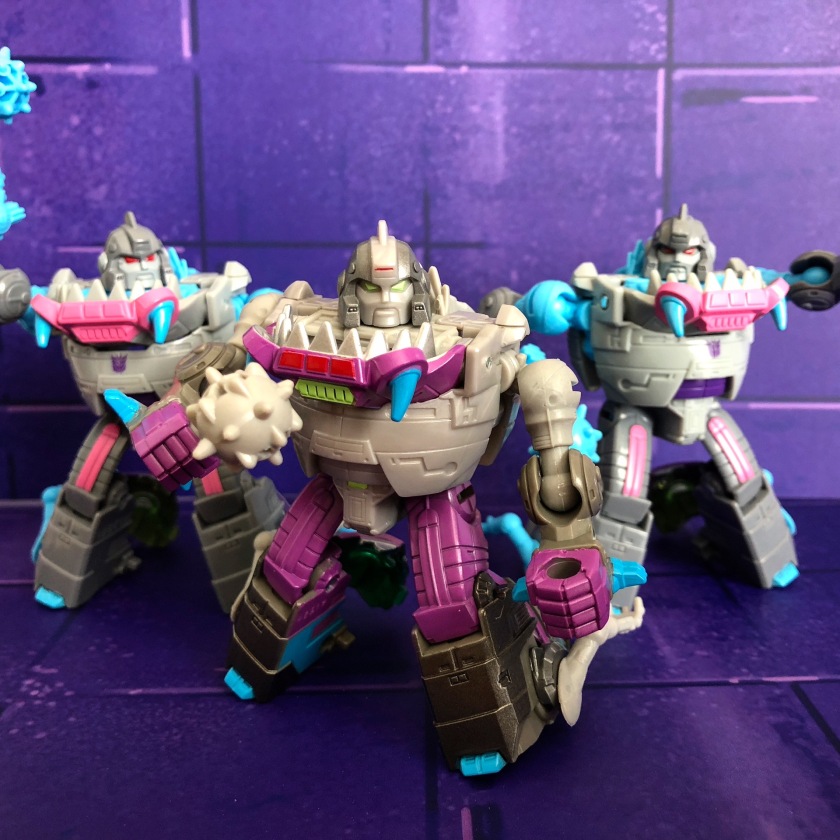 With the last few days of nice weather here, I’m going to wrap up this week with a quick look at Takara’s release of the Titans Return Gnaw toy before going on a walk to enjoy the weather. 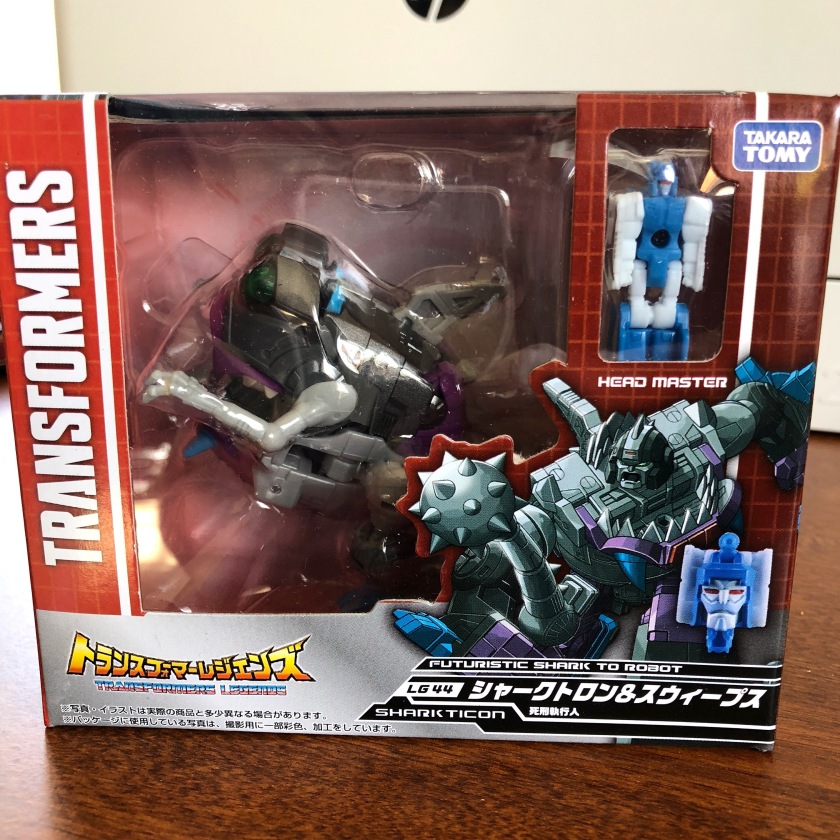 Sharktron, like all the other legends class figures, comes with a headmaster buddy. This time we get “Sweeps” who’s basically a different version of the Scourge head, with a up-swept mustache (gotta love robo-facial hair!) 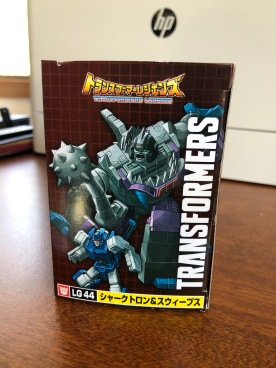 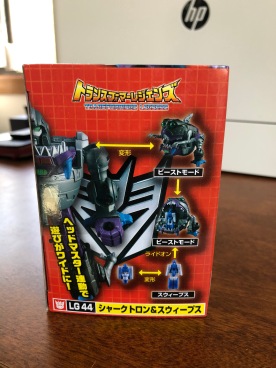 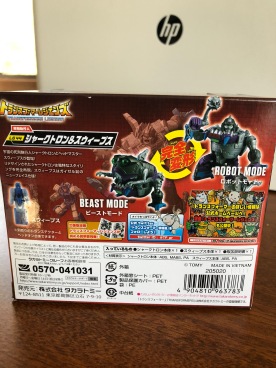 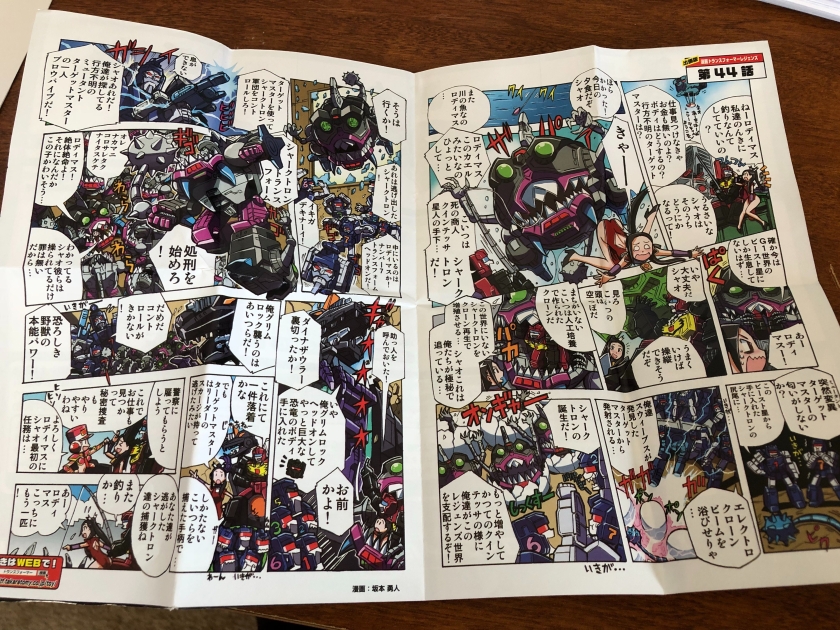 They come with the usual Takara packaging, including the mini-comic (Featuring Hot Rod and his…uncomfortable to talk about Kiss Player ShaoShao Li).  I try to muddle through these with my own garbage Japanese literacy before relying on translations, and I’m still working on it.

Anywho, onto the toys – So Sharktron features a deeper, somewhat darker color scheme that I think works to help him stand out either as the ACTUAL character Gnaw, or a commander of other Sharkticons. 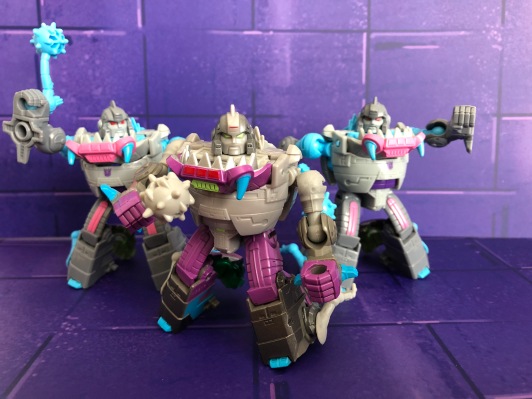 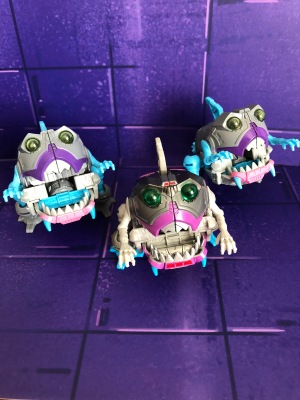 I’m not super in love with the green eyes, mainly because they seem a bit faint compared to Hasbro’s nice, evil red. 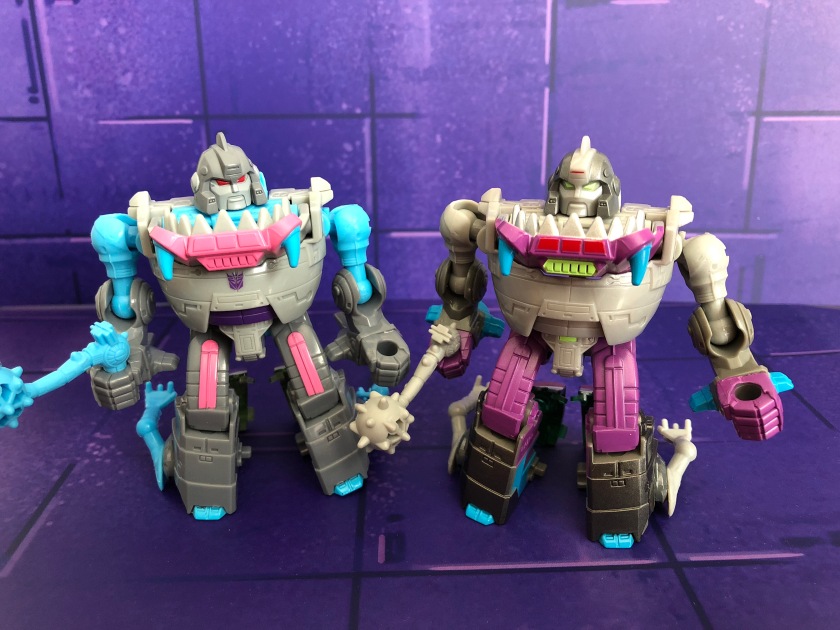 Otherwise he’s got some nice painted details and the new touches of neon green on the body look very nice. 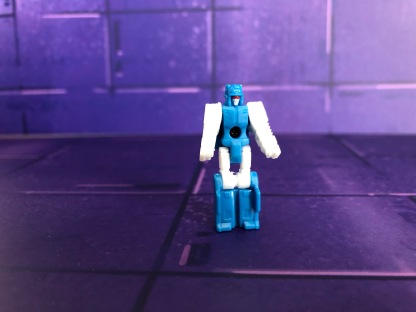 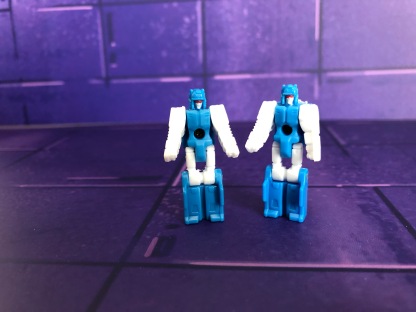 Sweeps robot mode is identical to his previous release with Scourge.  The main draw here is the headmaster face sculpt, which I’ll admit, I like WAY better with he ‘stache swept up. 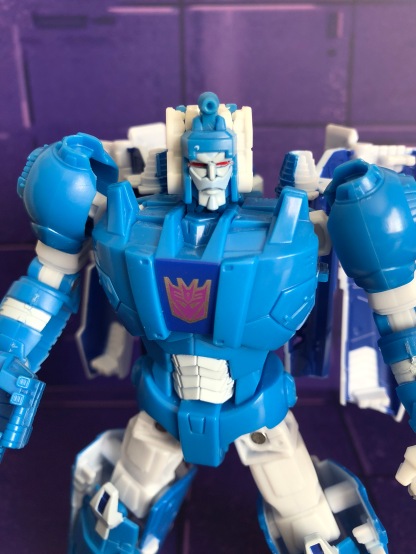 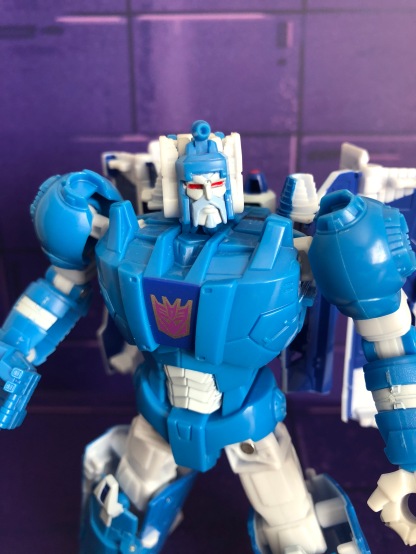 The only downside is that I have a tiny blip of light blue paint spatter on the brow, which blows, but thats QC for you. 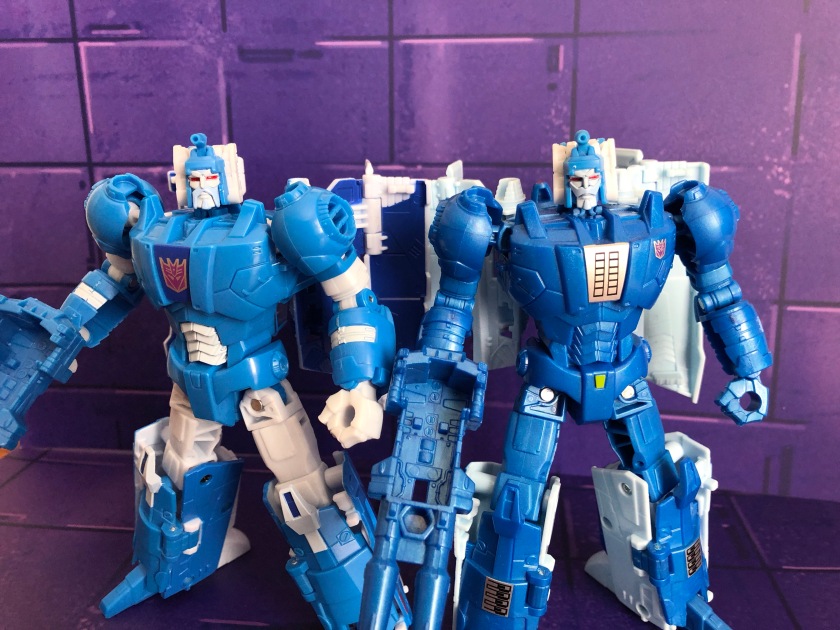 He’s painted to match the Takara version of the toy, but tossing him on Hasbro’s isn’t totally off.  I think it works.  Especially seems he’s supposed to be a clone/duplicate/whatever. 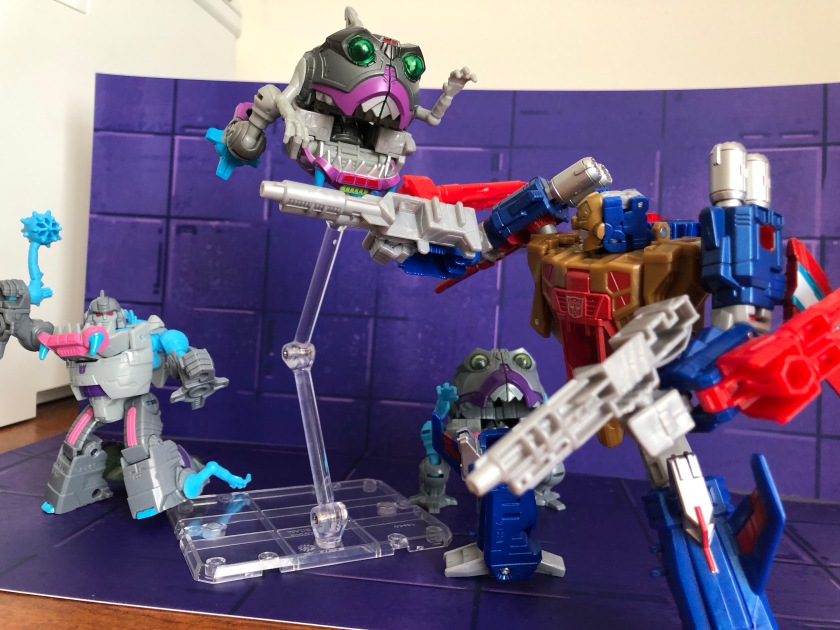