Well the Studio Series keeps on charging along and with SDCC 2018 showing off more releases coming out down the road, we’re in for some interesting additions to the line for sure! (I’m looking at YOU Dropkick) Its worth noting, I like Hasbro’s approach to this line.  They’re doing the same thing with Marvel Studios Legends releasing new figures with much more screen accurate head sculpts to their MCU Legends figures.  Speaking of head sculpts, look at Lockdown here!

Lockdown is part of “wave 2” of the Studio Series.  I put that in quotes because the waves for this line seem to be staggered more than separated.  He comes with the usual packaging featuring his number in the series, and back drop insert, which features the interior of his ship seen in Age of Extinction. 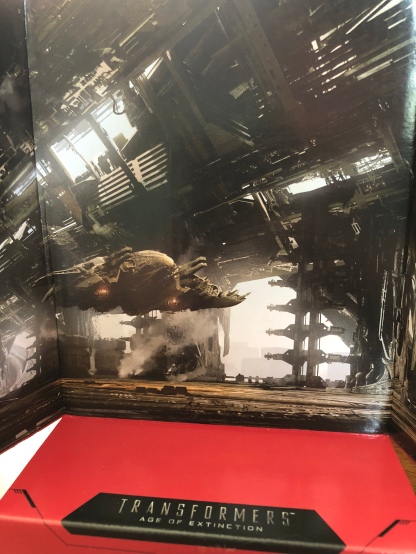 He comes with two accessories, and no unfortunately, Gun Face isn’t one of them.  Instead he comes with his sword/fighting knife/human stabber and his Hook which was a call out to his Animated counterpart.

His detailing is spot on though I’ll say this: I think the blue used for the chest/headlights should have been WAY lighter.  Otherwise he look far more accurate than his older toy.   His Alt-mode is where he really shines though: 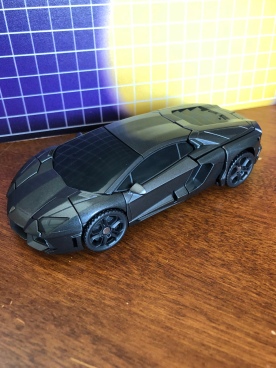 His Lamborghini alt mode is gorgeous, with an accurate coloring and an impressive transformation (though rather similar to his older toy).  You can also store his weapons in car mode if you so choose but it’s a Lamborghini you SAVAGES! Why would you?!

Lockdown represents the middle of the bell curve on the Studio Series line.  He’s exceptionally good looking in both modes, his detailing and head sculpt are spot on.  He brings everything to the table that the series is known for. He won’t however, bring anything ground breaking.  He’s a comfortable purchase if you’re a big fan of the character or Age of Extinction, and a comfortable pass if you’re not.