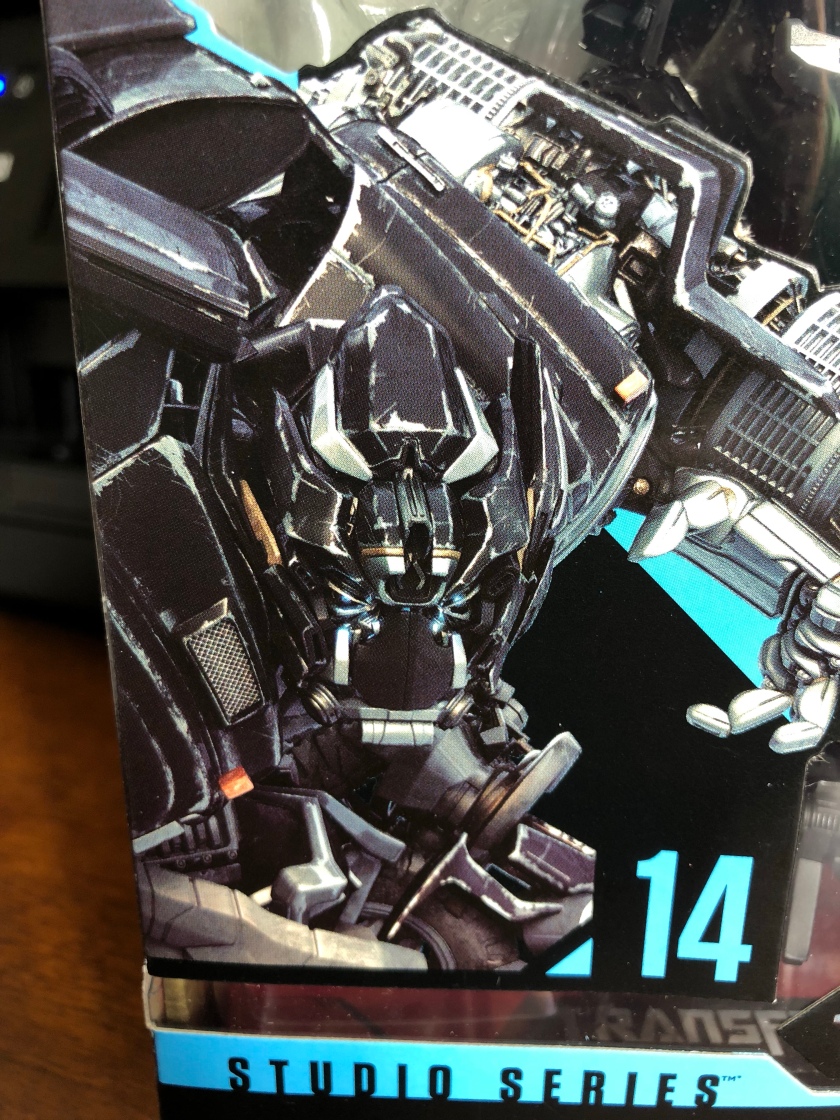 Switching gears back to the Movie-verse toys, Studio Series Ironhide seems to be slipping into the line up with very little notice or fanfare, but that’s just fine.  He’s going to be in the spotlight a bit seems his Movie Masterpiece Toy is about to drop too. 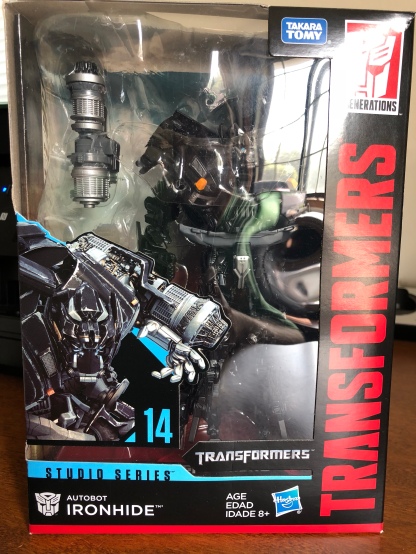 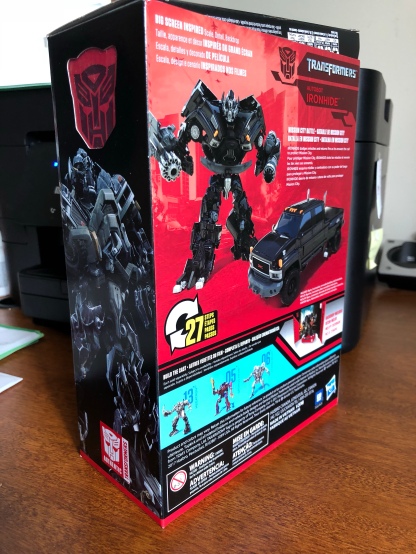 My only real experience with Ironhide’s movie toys was the Movie the Best figure based on his Revenge of the Fallen Deluxe class toy.   I kinda hated that figure.  Studio Series Ironhide is a dream to transform, very straight forward and intuitive.  He comes with his cannons for showing off and blasting deceptichops as well as the Mission City Backdrop (not pictured but it’s basically the same as Ratchet’s). 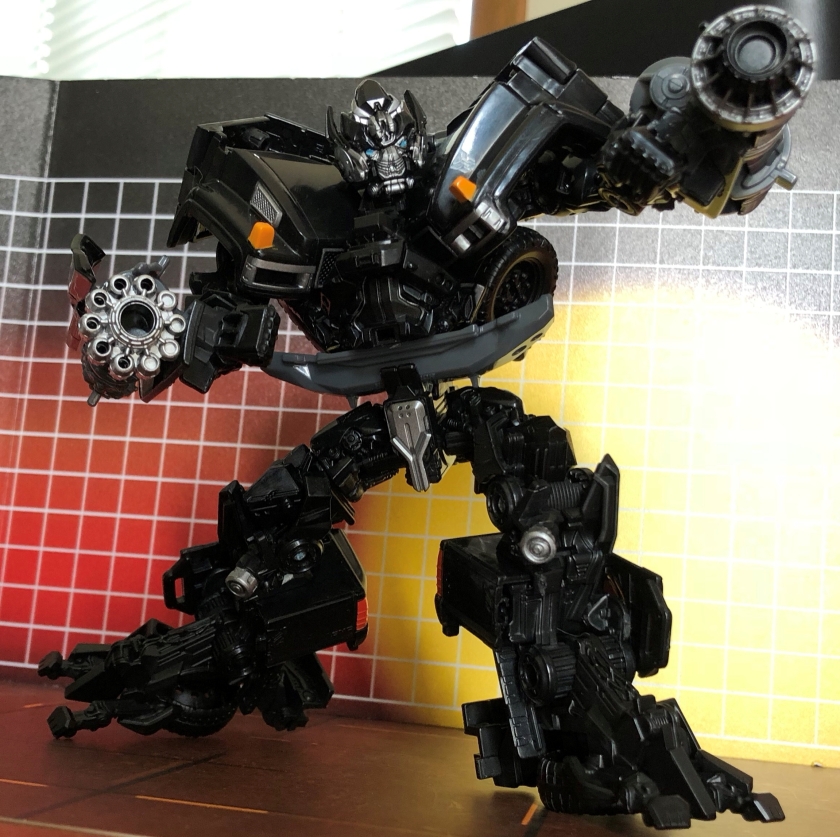 It’s worth pointing out that Ironhide comes mistransformed in package.  The two sides of his truck hood that form his collar section actually tab further down into the chest assembly and greatly enhance his over all appearance. 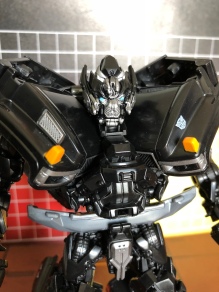 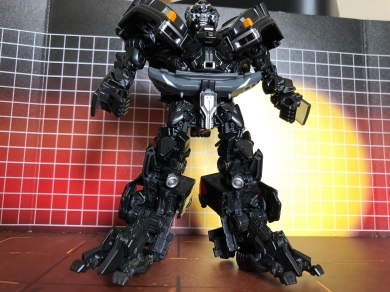 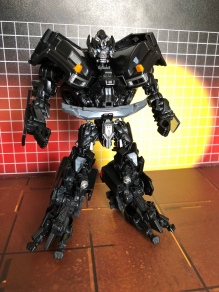 He has remarkably strong joints and an over all solid, balanced design.  His articulation is somewhat limited just due to the nature of his over all appearance. 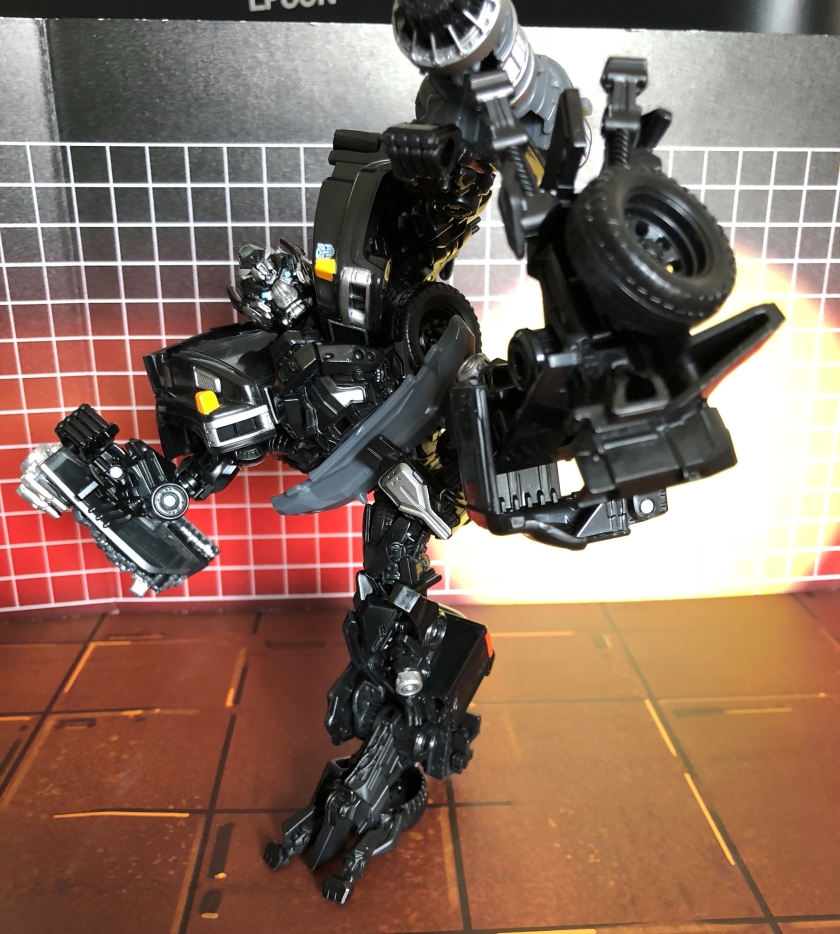 I’m a sucker for tires that fold down to the bottom of the feet.  (Author’s note: in every single one of these robot-mode pictures, I forgot to fold down the two panels in his collar sections that expose the faux-inner tires on his chest.  Whoops!)

His Truck mode looks amazing and again the transformation is super quick and clean. 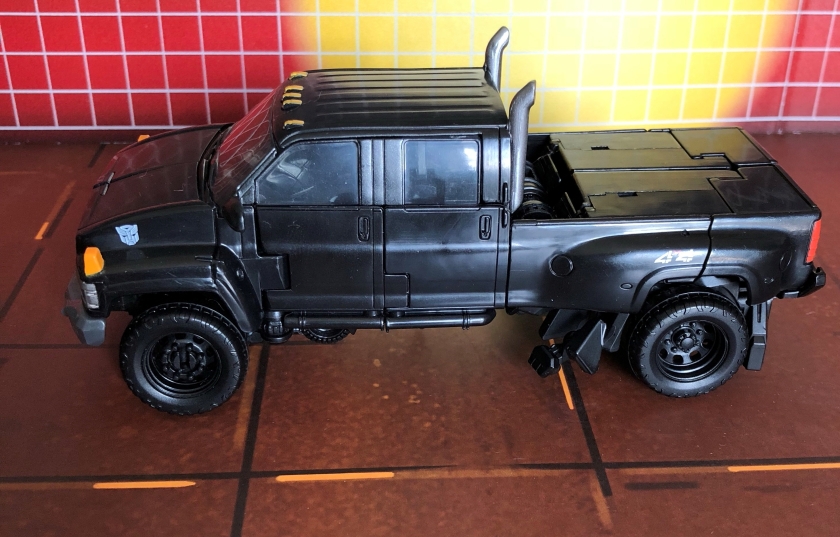 As you would expect, his cannons store in the flatbed via pegs on the cannons themselves. 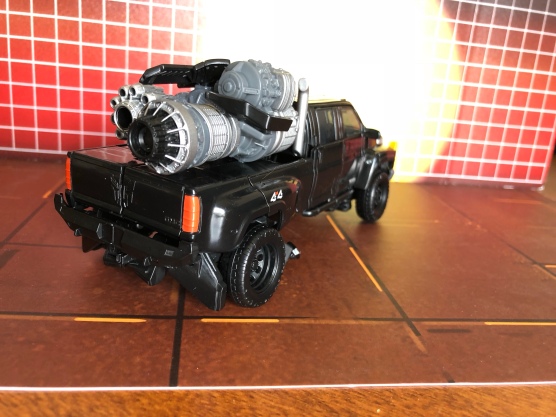 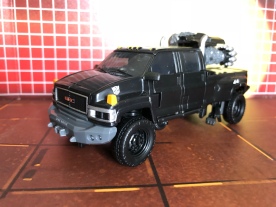 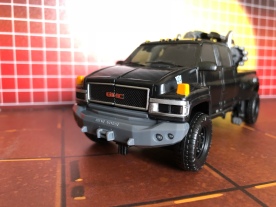 Scaling is the only issue I’m having with the toy.  While he measures appropriately with the rest of the Studio Series line, he still feels much bitter in proportions over all, especially when compared to Optimus.  Maybe it’s just me. It’s hard to ever see a still frame in the live action movies. 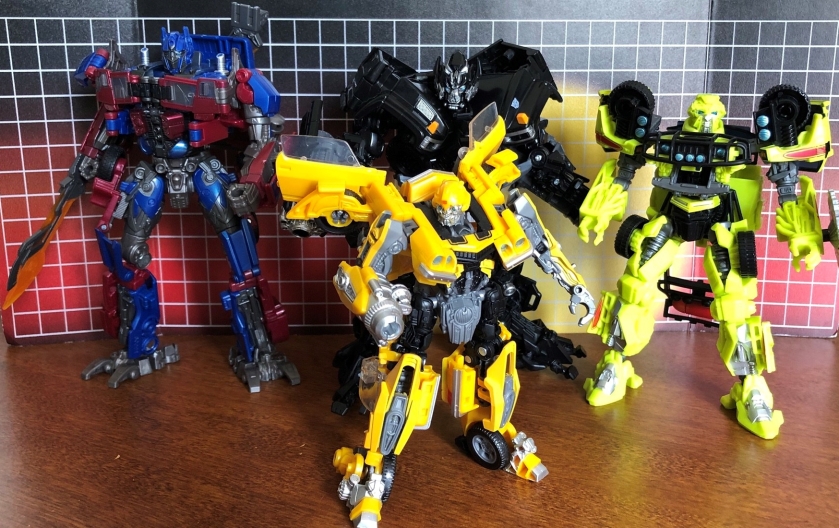 As a Voyager class toy, Ironhide is a bit small.  In fact, so is Prime.  This may be the beginning of a new size adjustment for the scales, the War for Cybertron toys are incorporating an overall smaller scale it seems, but we’ll know more once they start arriving.  Compared to Power of the Primes Tantrum though, he’s dwarfed and both are considered Voyager class toys.  I will admit however, this might not be the most appropriate of comparisons. 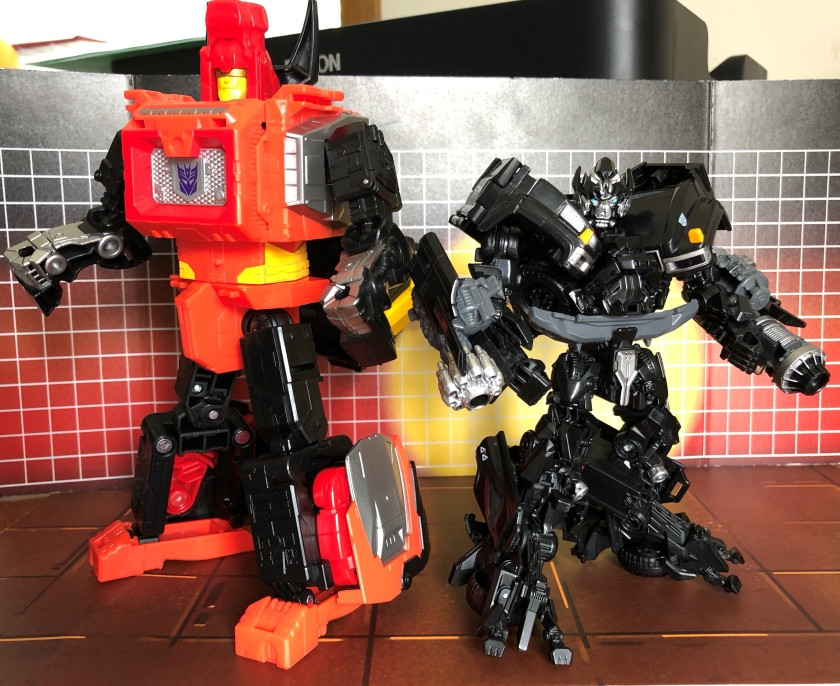 This certainly is the best movie Ironhide toy so far in terms of detailing and screen accuracy.  The Masterpiece toy will likely trump him on that front however.  As usual if you’re looking for a definitive movie-verse collection, I highly recommend this version.  Bay-haters can quietly move along. 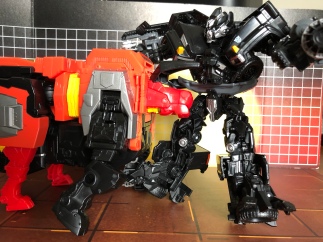 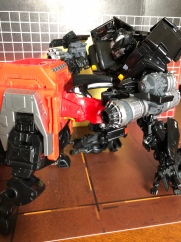 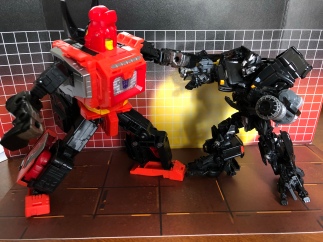