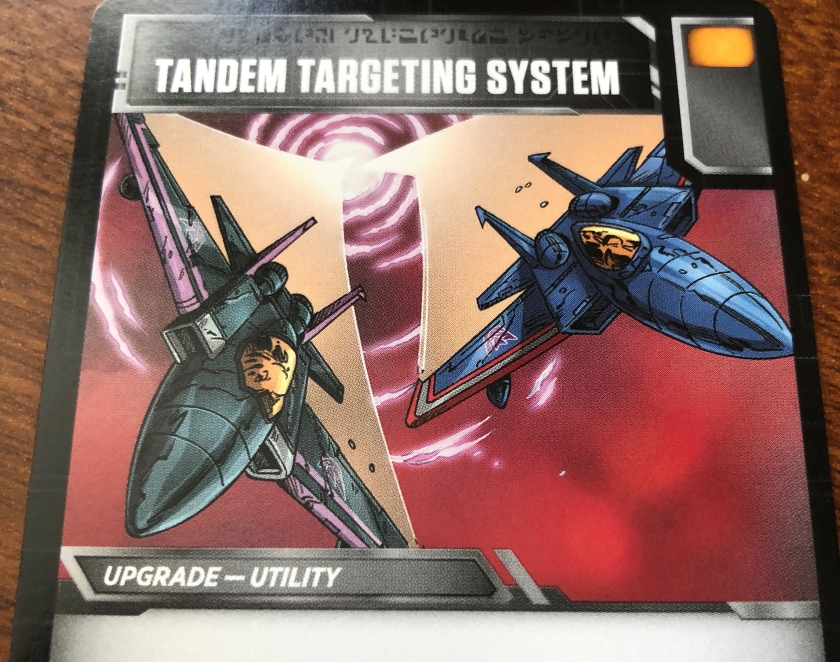 Okay, I’ll admit, I’m a total sucker for these “Collectible Card Games” or Trading Card Games as Hasbro is calling it.  I LOVED the old Star Wars CCG back in the 90s and ADORED the Lord of the Rings game from the same era.

But I never play them.  See, I actually just love the artwork on the cards, the collectible idea behind them, and occasionally the lore (in the case of LOTR CCG).  The actual gameplay and more specifically the rules make my eyes glaze over.  I’m sure if someone actually explained them to me, instead of reading them from a small little booklet, I’d catch on, but I’m not that interested in playing the game. 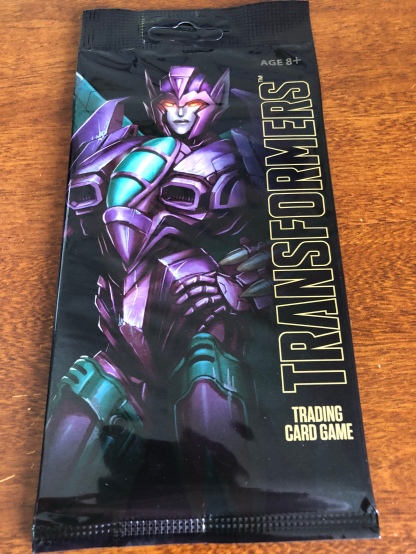 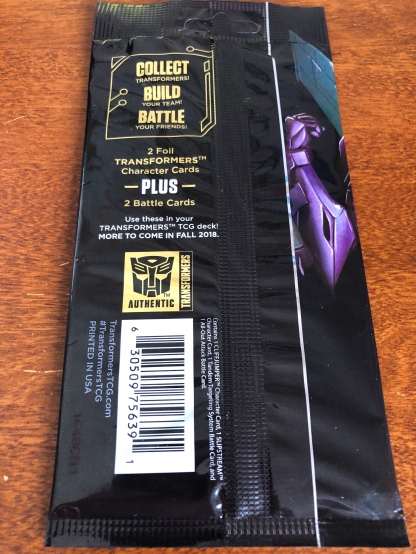 One of this year’s San Diego Comic Con Hasbro exclusives was a pre-view pack of their new card game coming out this Fall (2018).  Intrigued, I secured a pack.

The cards come in a simple sleeve pack secured with, what I’m guessing is a deck marker or protector.   You get four cards in this preview pack, two characters, one being the fan favorite SlipStream who’s on the cover of the packaging, and two ‘action’ or utility cards. 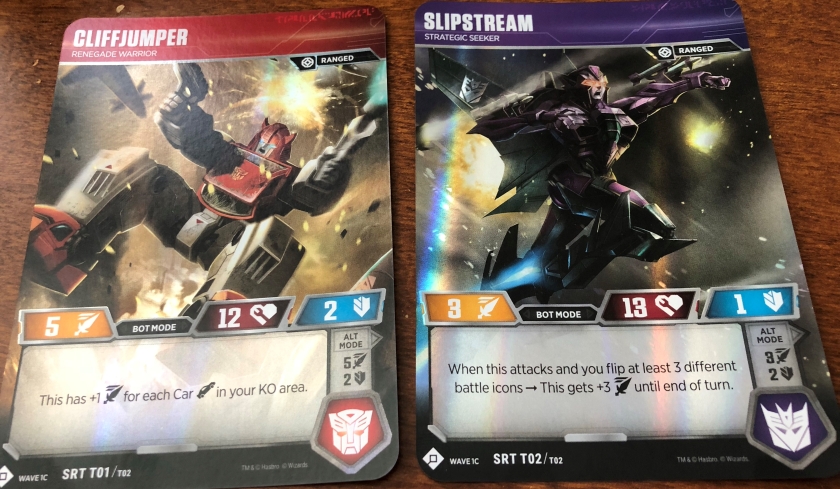 Right off the bat,  love the character art.  Slipstream and Cliffjumper both look incredible.  The unique aspect to the game however, is that you can “transform” your characters by flipping over the cards: 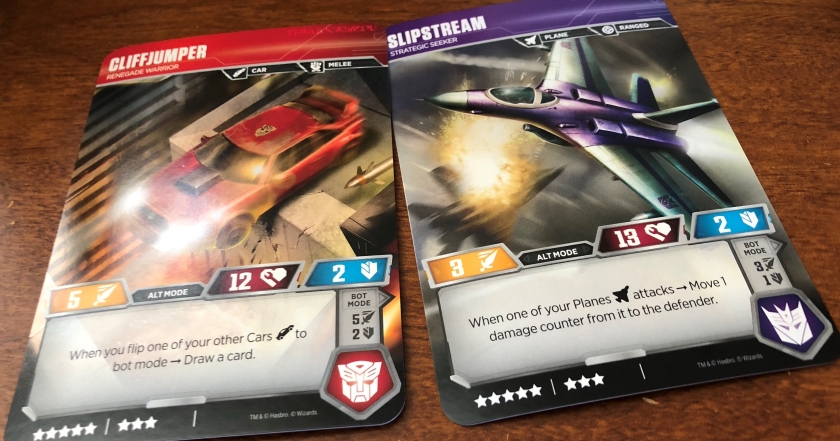 I’m sure this will add a new level of strategy to the game, and it’s really a fun aspect to collecting the character cards. 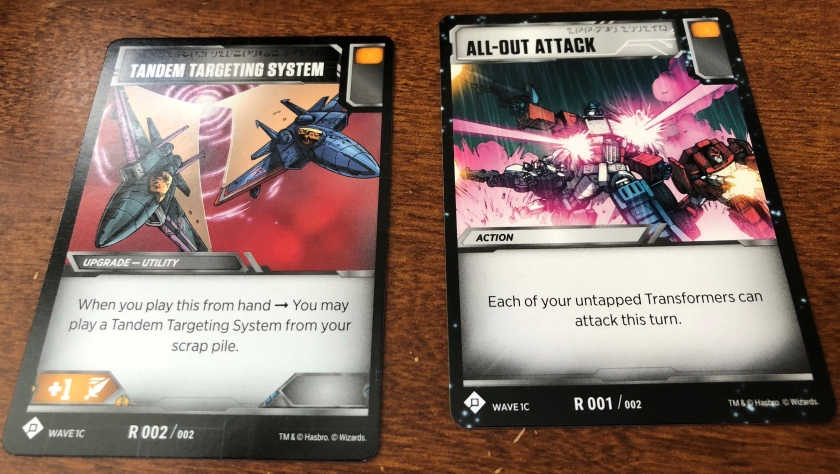 The action cards will also feature some incredible artwork as well.  I’ll need to do some homework on this, but I believe Hasbro and Wizards will be drawing from multiple sources for the artwork including IDW and the mobile Legends game. 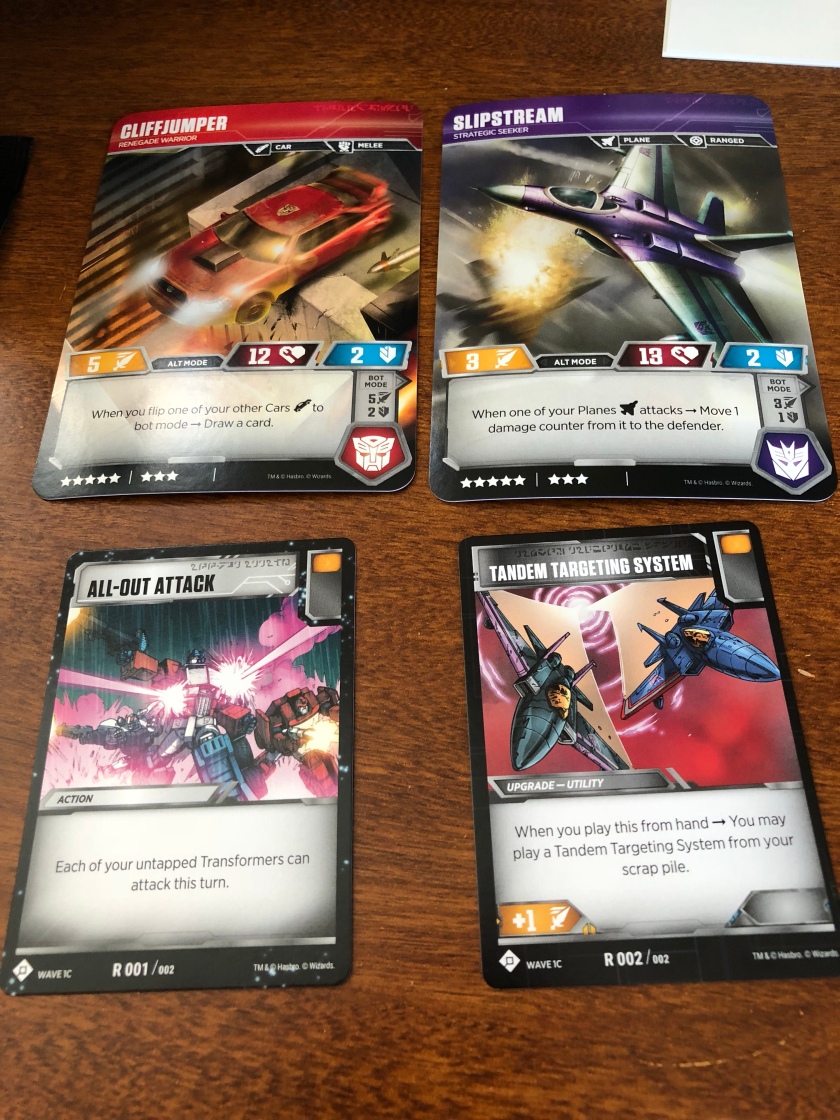 What’s really unique, is that there will also be different sized cards.  Character cards look to be quite a bit bigger than the action cards (which are normal card sized), and down the road, we’ll get Titan class cards like Metroplex which will be massive. 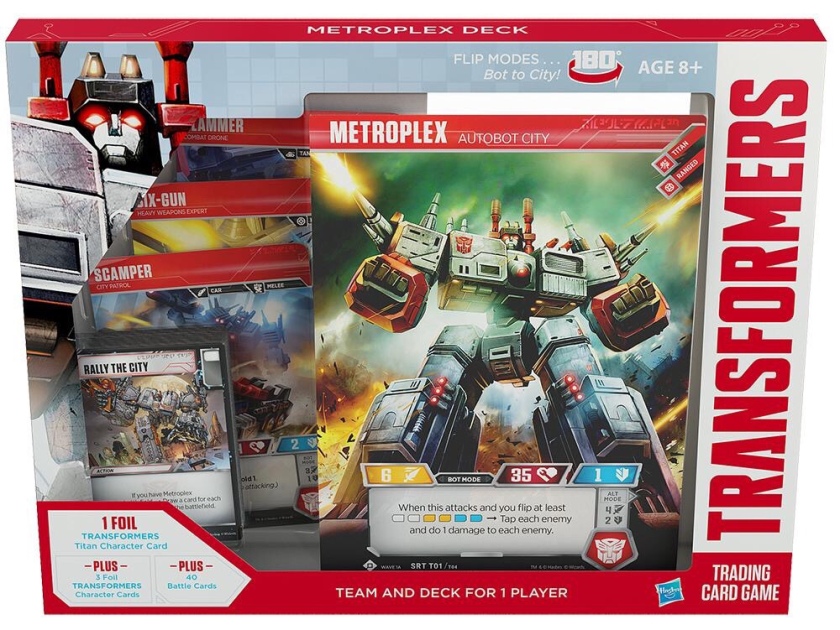 While this will make it difficult to collect these cards in a normal binder or portfolio, I really like the idea of adding more of a toy/scaling aspect to the characters in the game!

I’m quite excited for the Transformers Collectible Card Game. I plan on picking up a ton of cards and I’m sure, like all the other CCGs, there will be incredibly rare cards to obtain which gives it another level of fun.  Card packs should hopefully start hitting shelves by September ’18.