Oh god….I didn’t think TFC’s take on Devastator could get better than this:

But good golly it TOTALLY DOES GET BETTER!  With the upgrade kit – RAGE OF THE HERCULES – a set of forearms, shoulder joints, a new head and rifle are the icing on this fricken awesome cake!

Let’s start with the head:

We go from this –

To a more G1 looking head construction and a scowling, PO’d face – 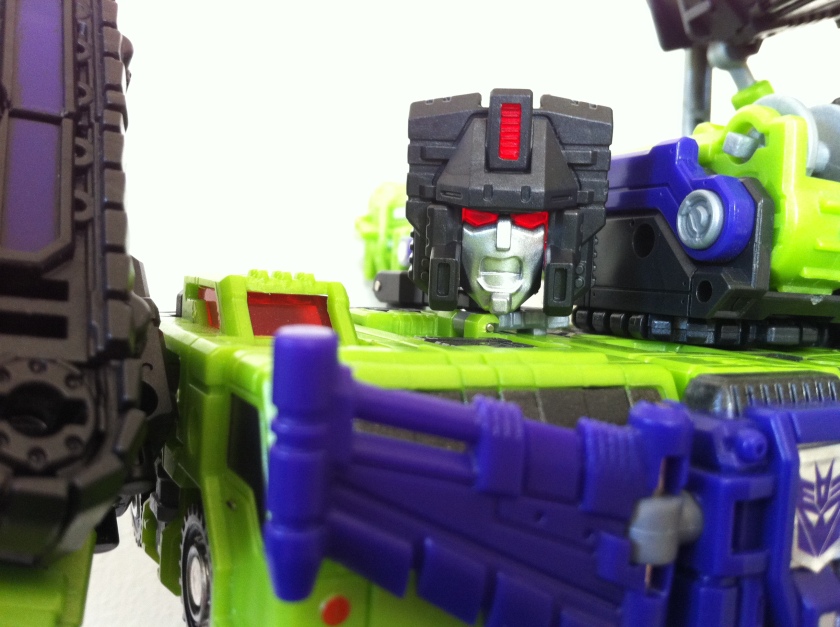 Clearly someone’s going to get it bad if Devastator is THAT mad!   Lol.  You also get a replacement “blank” face.  At first I thought it was supposed to be a sort of “Duuuuhhhhh” looking face, but it’s literally just a blank face plate.  I’m not sure why they threw it in there.   You get another “visor” as well, but for me, they look more like Sunglasses than a visor, so I left them in the package for safe keeping.

The main feature however is new forearms and shoulders for Devastator, so we go from skinny here: 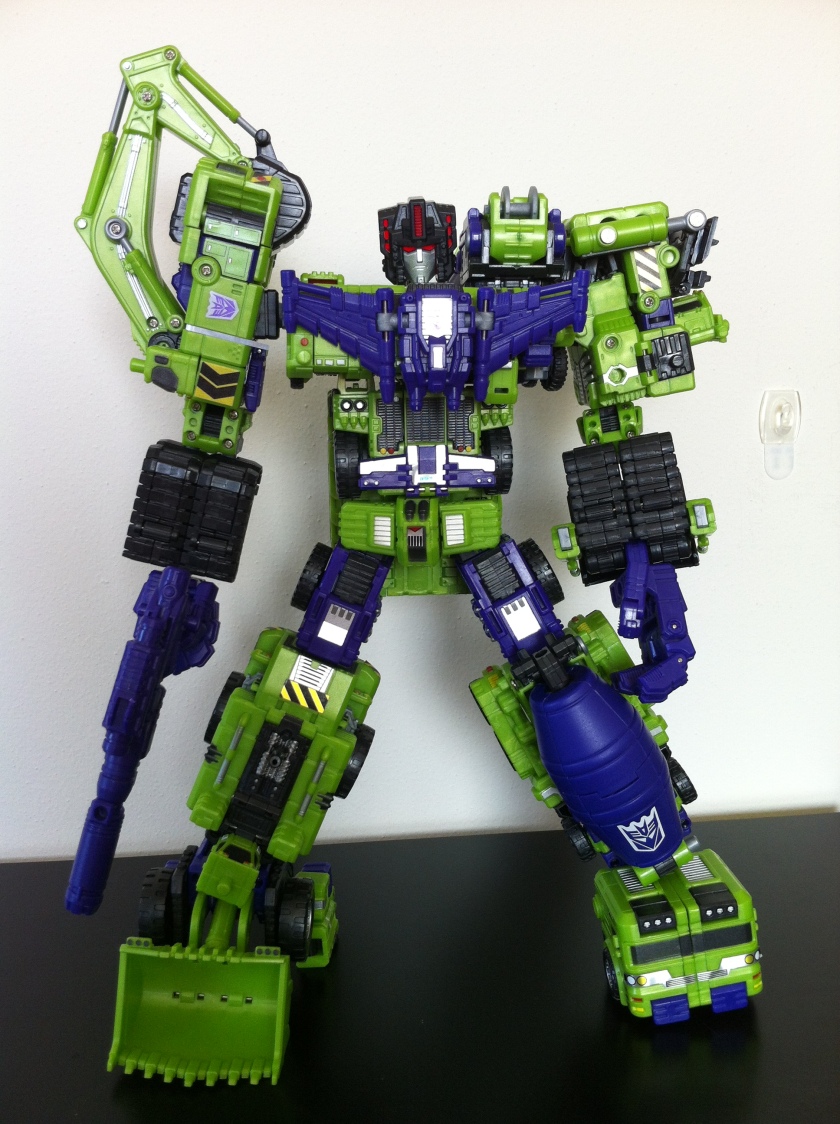 With some easy to install parts, including a pretty ingenious way to attache the forearms to the two upper arms –

And end with a result that’ll blow your socks right off!

BOO YA!  So much better!

To top it off – The original gun for the set was just all six member’s guns combined into a big blaster rifle.  While the idea  is great, the result was far from perfect: 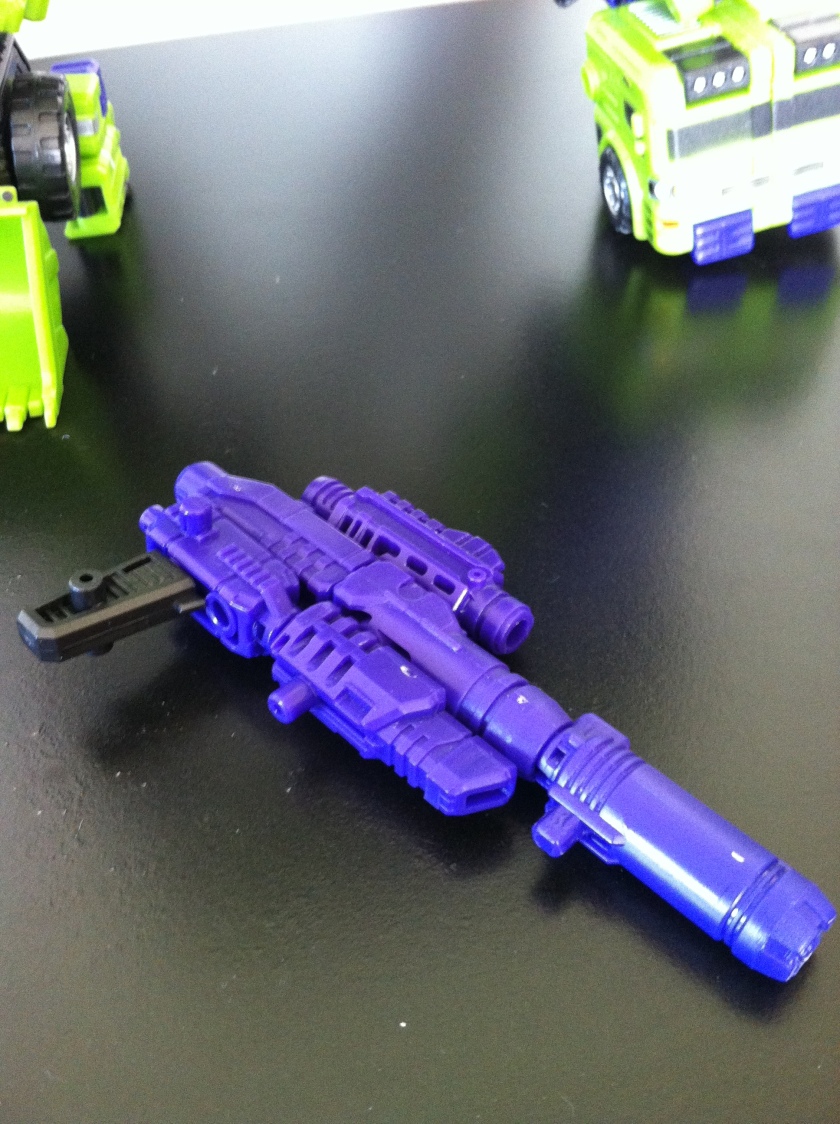 With the upgrade set you now get a bigger, better, well painted blaster: 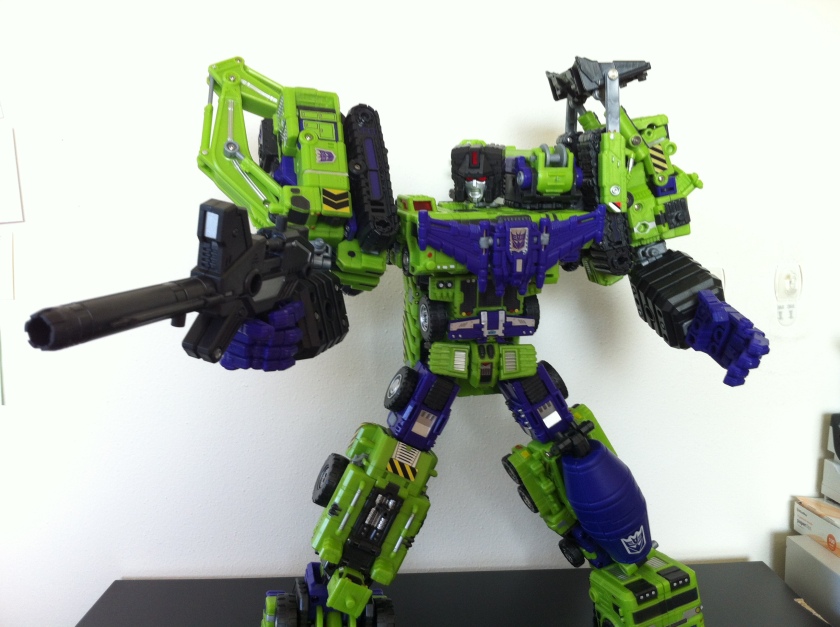 And of course if you insist on using the old gun as well, then just give him both!

But if you’re like me, and feel that combiners should really just be all about their brute strength and fists, the gun folds together and pegs nicely into the back –

Just an amazing upgrade all together.  You can see Arkvander’s post here as well!  I figure, if you spent $600 bucks on this guy, why not pop for another $50 and get him looking just perfect!

That’s all for now – but I’ve got a bunch of stuff in the hopper so stay tuned!