So, I got a bug up my  butt about Soundwave needing to be a Cassette Player.   The BotCon ’12 Invasion box set came with the (sometimes controversial) Shattered Glass Soundwave, who was a repaint and slight remold of Universe Iron Hide/Ratchet.   Despite his often harsh criticisms, I actually like him quite a bit, however, he’s a SUV, and I just couldn’t shake the fact that I wanted to pick up the “original” Shattered Glass Soundwave: 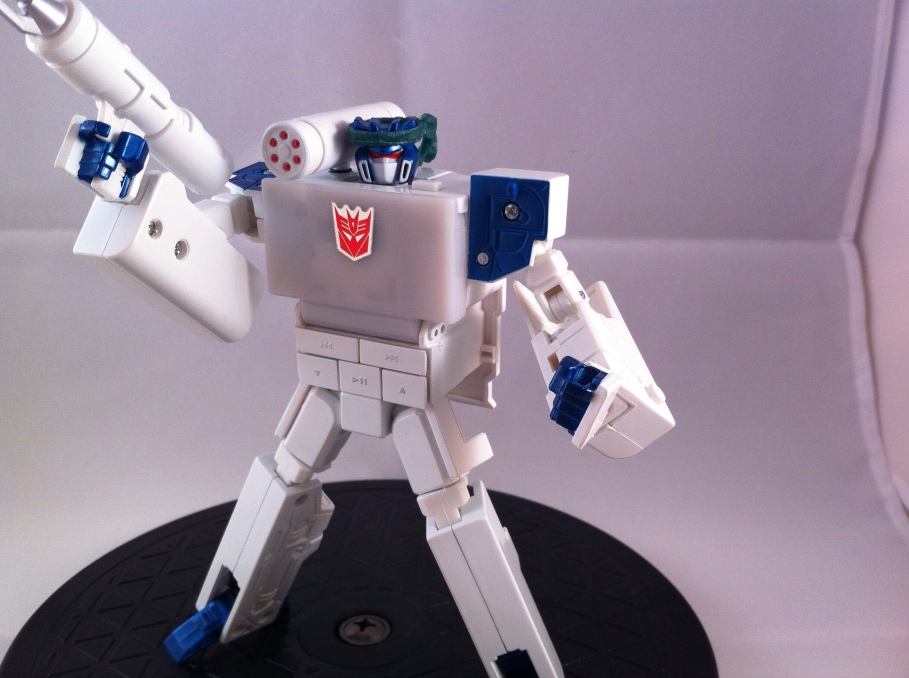 Now, this is the Takara Music Label – Sonic White Soundwave, but he has be officially retooled to Shattered Glass Soundwave.  While he can’t actually store a cassette in his chest, he has a flip open door where you insert a memory card and he’s able to play MP3 music files.

SG Ravage looks quite nice next to him as well.  I applied my one SG Decepticon logo I had.   In terms of size, he’s actually smaller than I thought he would be, so let’s take a look at some comparison shots:
Here’s SG Soundwave (SUV) and SG Soundwave (Cassette Player) 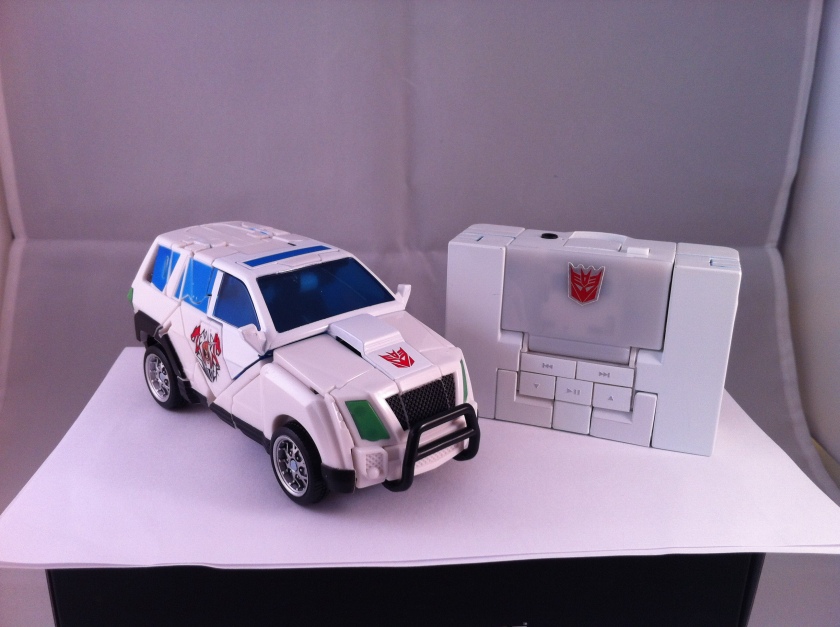 Here’s a comparison with Soundblaster (I surprisingly don’t have a G1 Soundwave!)

The packaging is quite impressive as well, very much along the lines of the Master Piece releases: 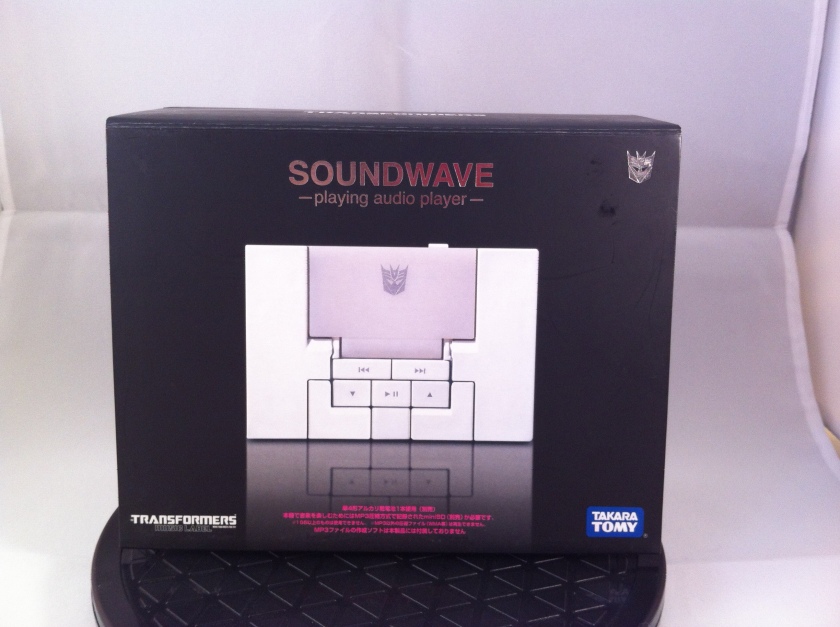 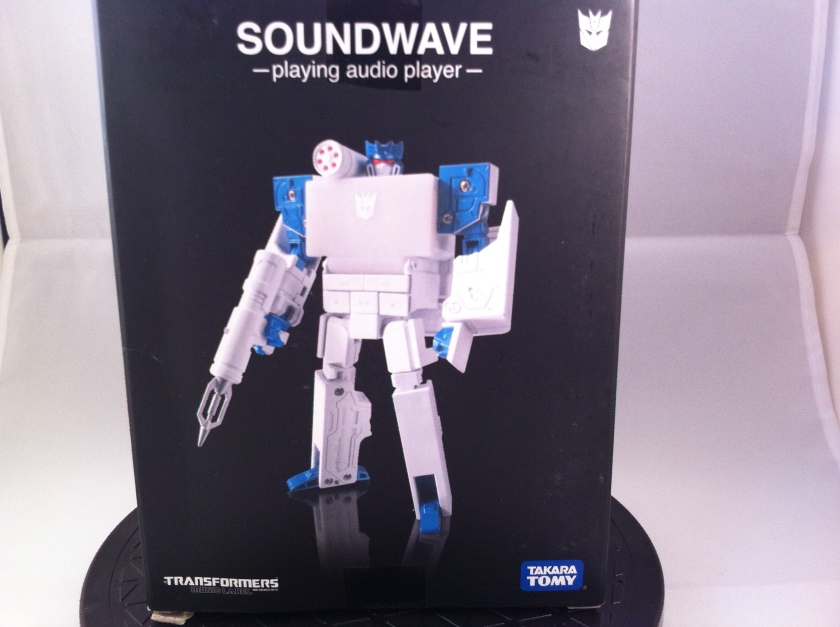 And yes, he can totally wear the headband from TFCC Store.  That adds a great touch to the figure for sure!

For now, BotCon ’12 Soundwave will be put back in the box so he’s safe and secure, but if I get more room, I’ll probably work both figures into my display.  Until then:

More Reprolables coming up as well as  new Crazy Devy upgrade seems to have slipped under the radar.
Stay tuned!