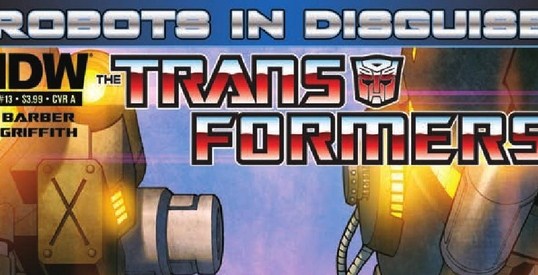 As part of the New Years changes to Pax Cybertron, I’m going to make an effort to difersify the posts a bit and include some reviews of things other than toys.   As many of you already know, I am an AVID fan of IDW’s Transformers ongoing comics and after Robot’s In Disguise #13, I can’t help but want to post on this… 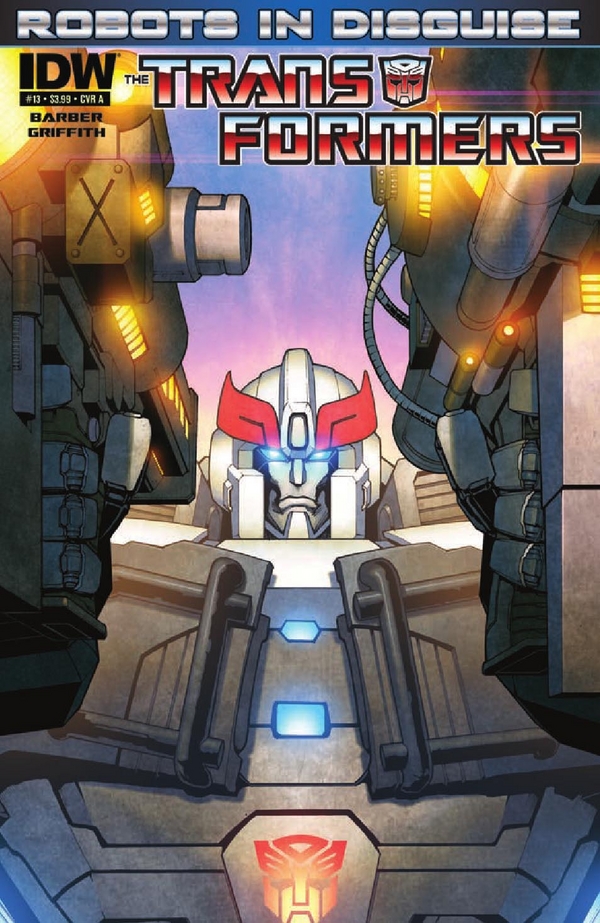 For those of you who don’t follow the series, as a VERY brief catch-up, the Cybertronian Civil war is “over” after the All Hail Megatron/Chaos Arc.  All Transformers have returned to Cybertron, which is barely inhabitable now, and while Rodiums and a crew of about 100 leave in search of the Knights of Cybertron (which is the base for More Than Meets The Eye), Robots in Disguise focuses on the current political climate of Cybertron with Bumblebee and the Autobots trying to establish a working government, the Non-affiliated Transformers (N.A.I.L.s) trying to pick up life where it left off before the war and the Decepticons coping with having lost Megatron, the War and finding a life without battle.

Without any spoilers (as best I can, of course), up till now, Bumblebee who leads the Autobots now that Prime left, Metalhawk, who represents the NAILs, and Starscream have been struggling to find a balance of power, and with elections coming up, Prowl has been working behind the scenes to ensure there are no….interferences with the aid of the psychotic, albeit written excellently, Arcee doing his dirty work.

Starscream was in position to win the election, and gain the power and position he’s always wanted…until Megatron returned, heavily damaged, but alive non the less and is immediately shot at, then captured by the Autobots under Bumblebee’s command.

Well, as you can imagine, the ‘Cons don’t take this lying down and revolt starts to boil over, bringing the ‘Cons (somewhat hilariously) carrying torches and proverbial “pitch forks” to the streets.

Now again, I’ll have NO SPOILERS for anyone who hasn’t read it yet, but for cryin’ out loud, the writers have done an AMAZING job of creating sub-plots, intrigue and twists that’ll leave you gap-jawed like Starscream in the final panel.

Suffice it to say, the ‘behind the scenes’ work goes WELL beyond what anyone can imagine, with the end result being something that will affect the future of Cybertron and ALL Transformers for the foreseeable future.

I’m going to focus on Prowl – the writing for Prowl has been outstanding.  We are denied any inside thoughts, as we get with Starscream and Wheeljack from issue to issue, so we’re left with just having to literally “trust” our old feelings toward the Strategist.   What has become evident since issue 1, however, is that he is not the “Mr. Nice guy” he ever was in say, the cartoon, or old Marvel comics.  His behind the curtains, pulling the strings of Bumblebee’s make-shift government has been captivating to read as they are the only actual glimpses into his plans we get.  Toss in the volatile Arcee, and you have a plot-line worthy of the 1980’s hit DALLAS, but without Texans, and big robots kicking the snot out of one another.

If you are interested in these comics, I highly recommend you pick them up, I believe the collected first 10 issues are available as a combined book (though I could be wrong), and don’t worry about missing out on All Hail Megatron ark, the first issue gets you up to date (though you should also totally get that collection if you can…simply amazing. )