As a kid, I daydreamed about Transformer Cassettes. From new characters like a Crocodile or insect to ways to improve the characters we had. After al this time, I finally have amazing, same-sized versions of my favorite toys!

Takara follows up their most awesome Soundwave with two separate two-packs of his cassette tape spies, just like in the good ‘ol days – we get Frenzy and Buzzsaw as well as Rumble and Ravage:

I should get this out of the way: I love these guys. No surprise there, but really, they’re just awesome! So lets jump right in – 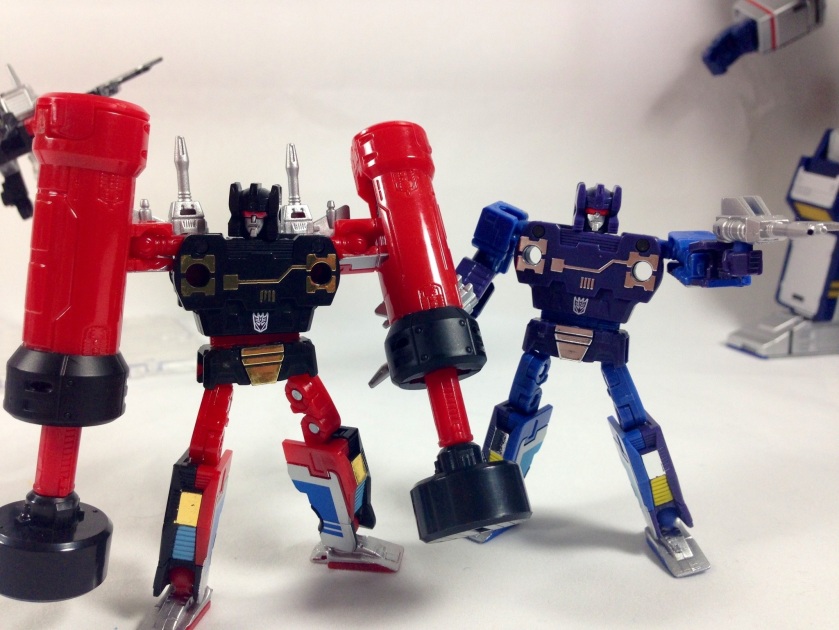 Rumble and Frenzy are masterfully rendered in their G1 designs. The head sculpts are perfect, and utilize the same red paint Takara used on Soundwave!

The pile drivers work great, though admittedly, they do throw off the balance a bit.

Buzzsaw is the fan-favorite of the bunch. With the amazing design of Laserbeak but with a nice orange color scheme, he really stands out:

And while I do love Laserbeak, I have to admit, I’m totally partial to Buzzsaw myself, he’s just so…radical!

And then there’s Ravage. While he draws his fair share of criticism, my bias does not allow me to say anything bad about him…

I can understand some of the complaints about his legs, but really, his transformation is ingenious, and his coloring is perfect!

He is my all time favorite toy…ever.

His rear legs do lack a little poseability, but for me it’s a very minor issue.

All in all, I couldn’t be happier with these guys.

I wanted to take some fun side pictures as well to compare what’s all out there for the cassettes:

Here are the newer Ravages. I didn’t bring out my G1 for some reason.. 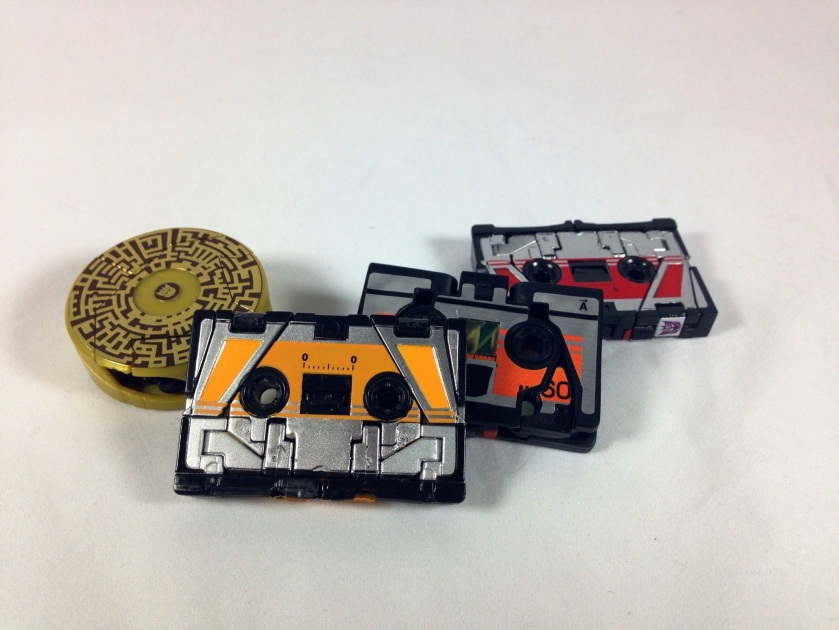 And finally the FreMble crew:

I’m not sure which aspect I love most about these guys, whether it’s the new, near-perfect design or that they are exactly the same size as G1. Or that I can do this:

Either way, Soundwave has plenty of cassettes to choose from. 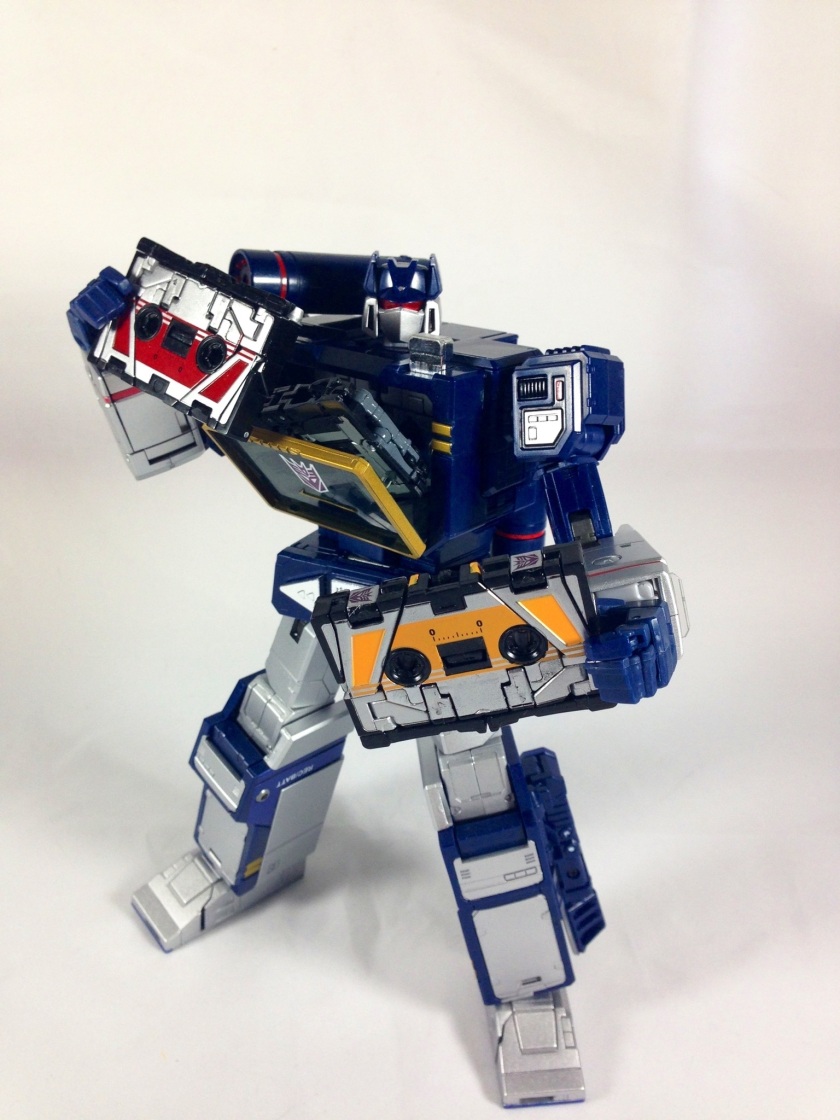 I can’t recommend these guys enough. Whether you buy them now or wait for the Toys R Us release, definitely pick them up!

More to come, so stay tuned!