The movie may have been a very big let down, but dang it if these toys aren’t great! 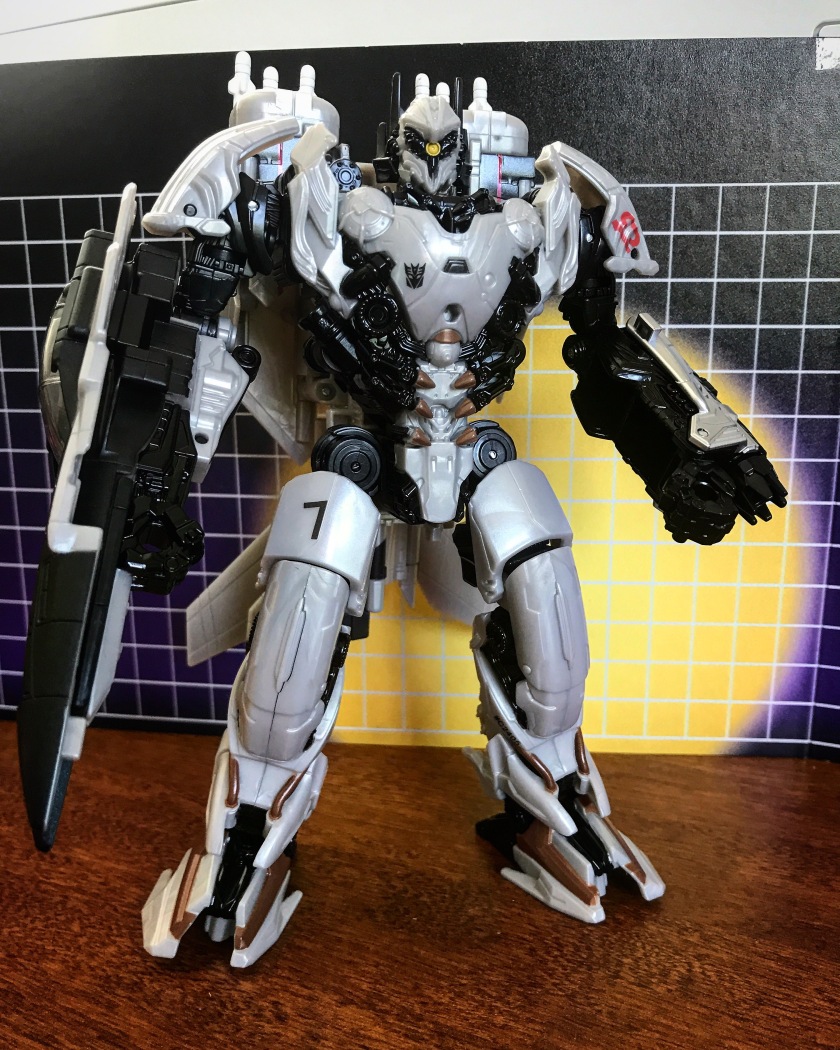 So here’s Nitro (or, Nitro Zeus in the movie…for some reason).  He plays a “prominent” role for the Decepticons (in that he doesn’t immediately get murdered by the Autobots *cough, Onslaught, cough*) and so, like Barricade, we got a new toy of him.  NEAT!

Nitro is a very solid design.  He’s big and bulky yet has a ton of articulation.  He also features peg holes for Takara stands in both modes, which is very nice.  His color scheme is a touch on the bland side but over all is very nice looking especially with the gold and silver highlights

One of the neatest aspects is that he is, for all intents and purposes, a headmaster.  While his head doesn’t transform into a smaller robot (which is a shame), it does use the same design as the current Titans Return Titan Master toys and so is fully compatible with that line! 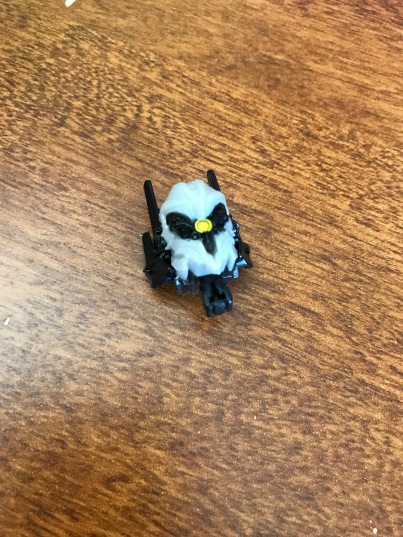 This means that for those who don’t necessarily enjoy the movie look of the head sculpt but like the general body design, they can use one of the Titan Masters on the toy instead.  Current top suggestions: Apeface, Megatron, Thunderclash (from the Siege on Cybertron set) FlyWheels.  (They all look great!)

His jet mode is, while not movie accurate, a ridiculously cool design and has a TON of re-paint potential down the road.   Nitro folds up in a very interesting way so that it’s not just a robot body under a jet.

Overall he’s really just a great toy.  There are a few spots where a more delicate hand is warranted, the VTOL thrusters specifically have a habit of popping off with even moderate force, but they snap right back into place without trouble. 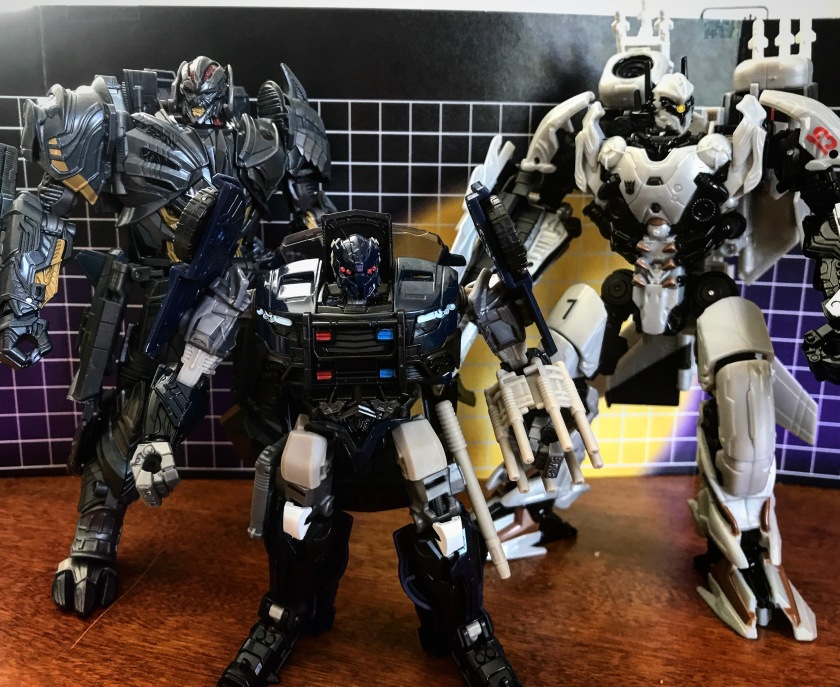 It’s nice to have all of the Decepticons together from the movie.  They’re all new molds and they’re all really well done.  I’ll take a look at both class sizes of Megatron together in just a bit.