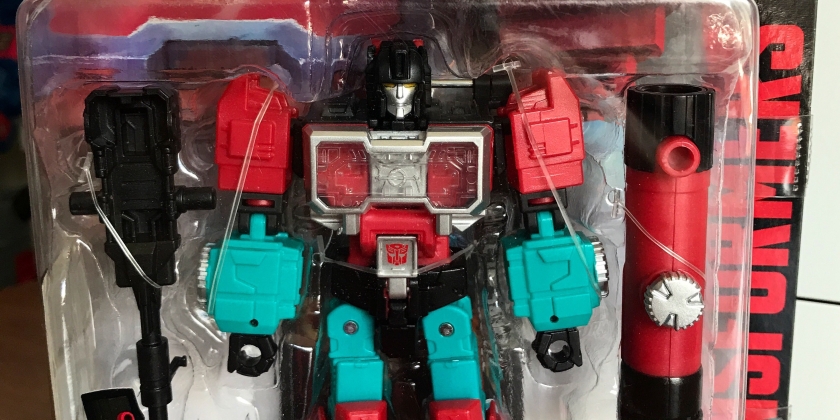 Here’s why I love this line: Not only are we getting the later era/post ’86 movie characters, but we’re also getting OBJECT-FORMERS again! Perceptor is a microscope again! 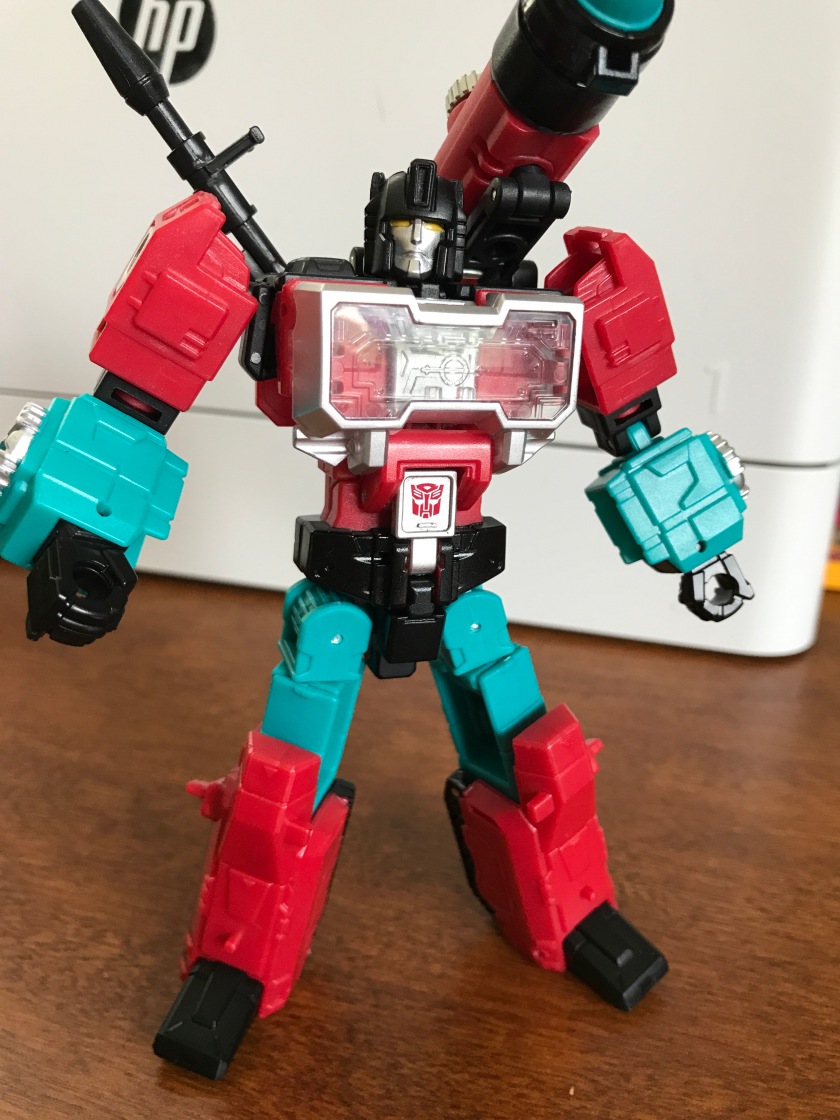 Yes, everyone’s favorite scientist is back! After having a successful run at being IDW’s hidden bad-ass/sniper, he returns to his traditional, scientific studies role as a microscope, just like his G1 origins!

Much like Blaster, Soundwave, and their cassettes, Hasbro is giving us figures that actually transform into objects, instead of shoe-horning characters into vehicles like we’ve seen in the past.  Perceptor here transforms pretty much exactly the way his G1 toy did, with a few slight changes.  His scope even functions the same way, via the knob in the middle! 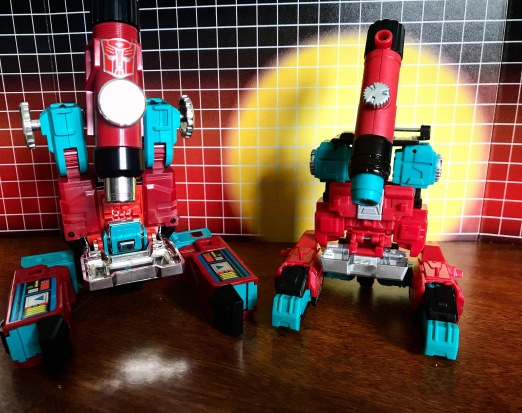 3p neckbeards can say what they want, I love the fact that these guys have G1-esque transformations.  Hasbro even gave him his “battle tank” mode!

The last Peceptor we received was a half-track all terrain “exploration” vehicle, which wasn’t bad by any means, but he also didn’t have the same…science-y feeling to me. 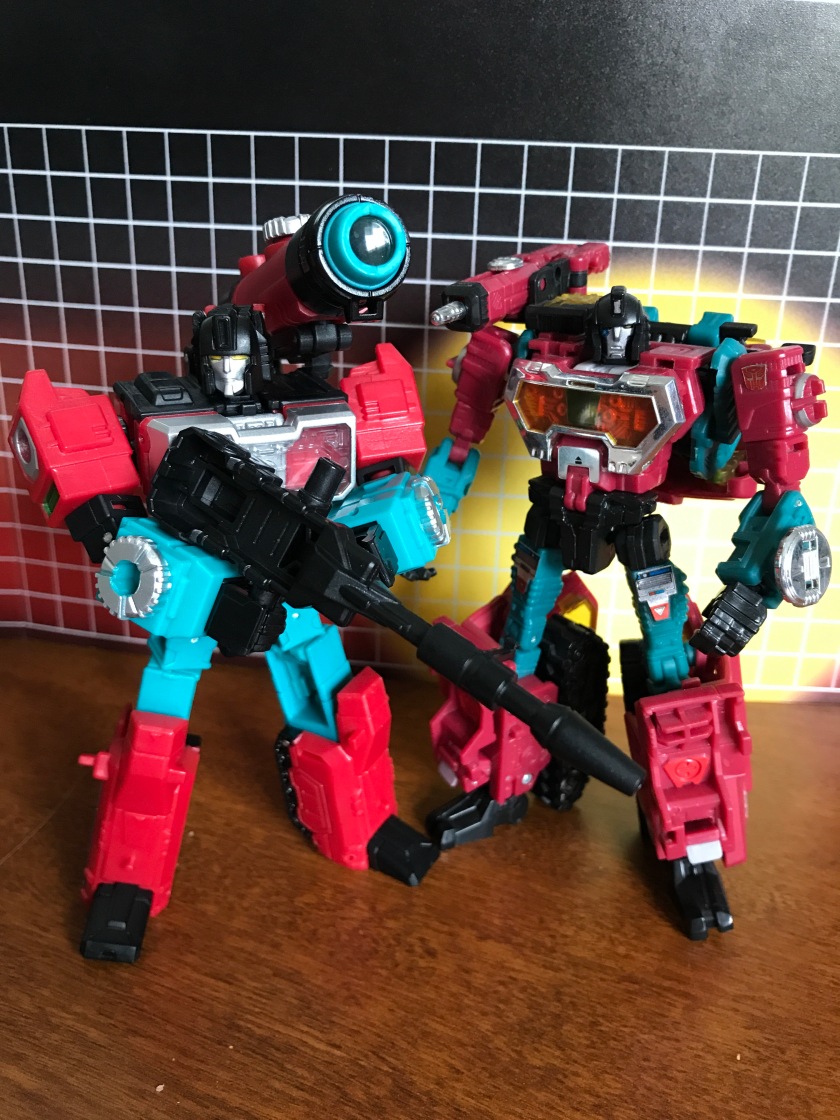 I certainly prefer this new version however.  Now he hasn’t entirely shed his IDW bad-ass-sniper image.  As you can see, he comes with his sniper rifle (it even has the support stand under the barrel!) and his body is technically styled after Guidi’s design I believe. 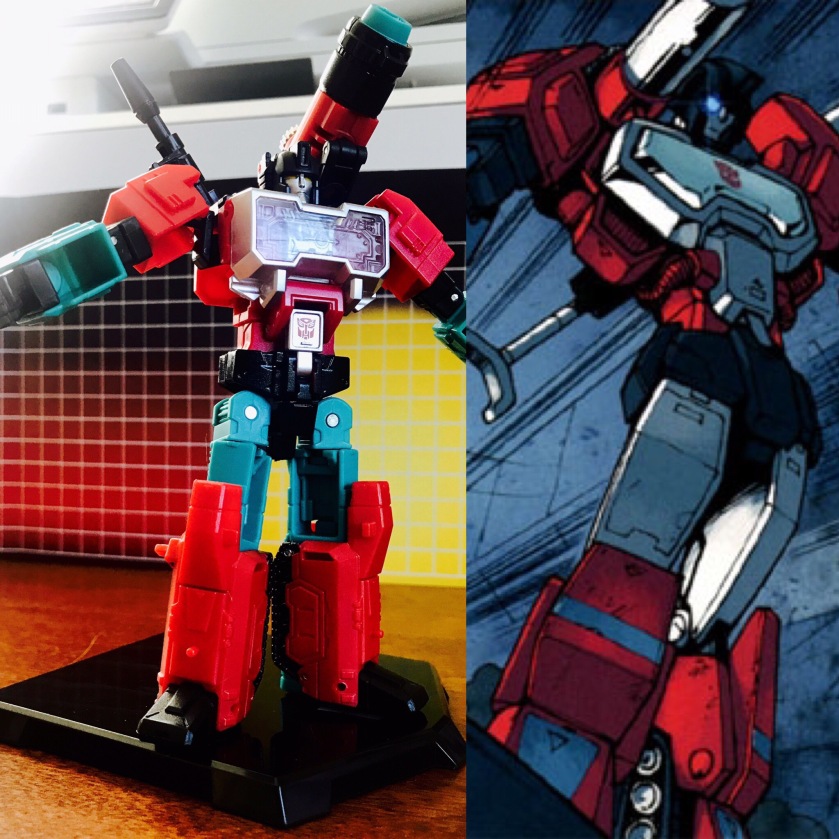 So there’s basically something for everyone here.  Perceptor’s Titan Master is Convex, and he’s styled to look like G1 Perceptor…in black…which makes him look very much like Magnificus! And honestly, I hope we get a repaint for him! 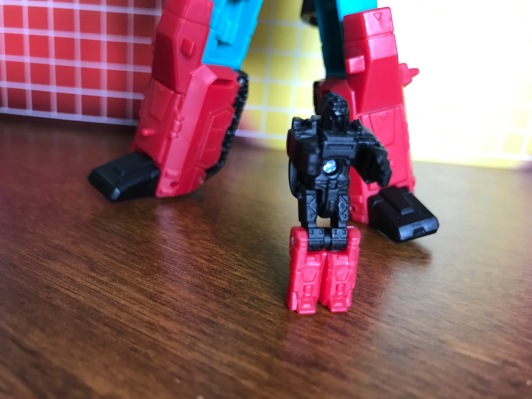 It’s worth noting, Convex’s legs are a bit thinner than the rest of the Titan Masters, this is so the tab on the back of the legs doesn’t prohibit him from having head articulation with the scope’s railing system.  Convex will fit on all other Titans Return toys, but other Titan Masters will have limited head motion when plugged into Perceptor.  Not a big deal.

Titan Masters interact in a couple of ways, either with the standard pegs located on the leg sections in scope mode, or they can either lay down or be in head mode on the specimen tray.   NEAT!

Over all, Perceptor is a fantastic addition to this line.  I’m struggling to find anything I could even “nitpick” about on him.  His arms don’t lock into place in microscope mode, but it’s not like they’re floppy or lose either, they sit tight so it’s not even a problem.  His details are tampographed on, which I love…really, I can’t think of anything.  Oh, okay, how about this: he doesn’t really function as a real microscope.  You can look in through the lens but you won’t seen anything magnified.  So….if you were planing on using him in AP Bio Class, you’re S.O.L, otherwise again, no big deal.