Did you you know there was another Hascon Transformers Exclusive?  It’s not talked about much.  There’s a reason for that.  The Transforming Optimus Prime Power Bank is an item that’s really just for completionists. 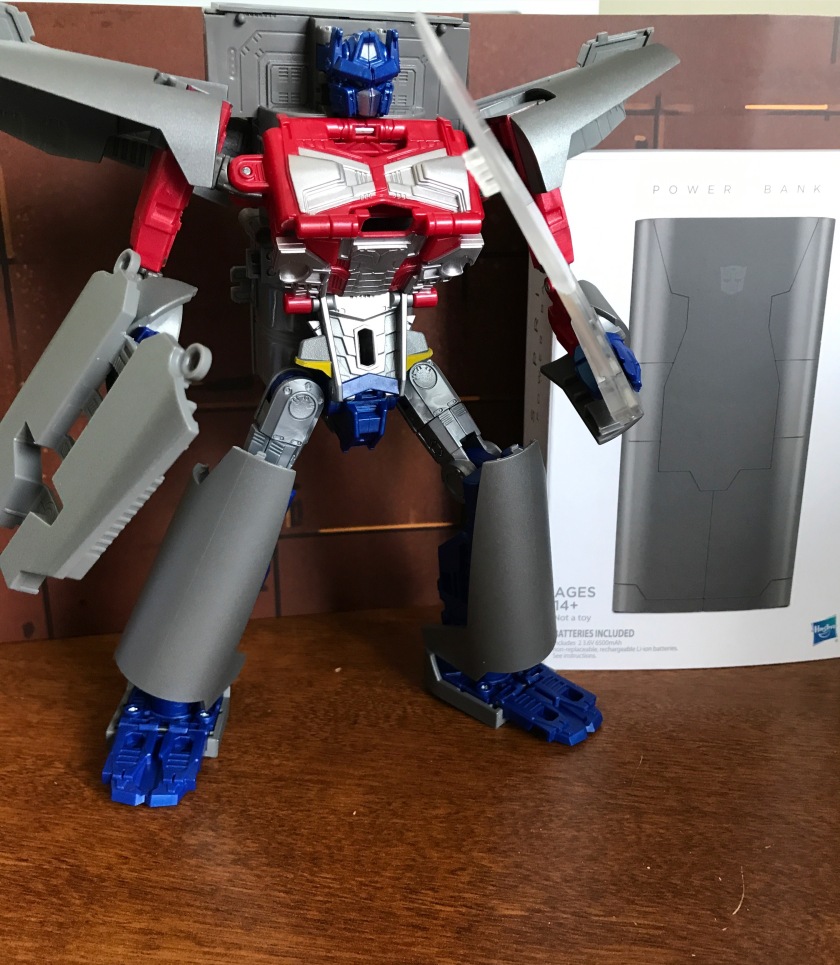 Yes, while Arcee basically stole the show, Optimus Prime was there to charge your phone and be…well…a transforming power bank.  That’s about all there is going on here.  He’s not a great toy, if you can even call him that.  Where as the Music/Device Label guys from Takara still represent some amazing toys (Blaster, Soundwave, Ravage, etc…), this thing is basically a gray brick that folds open to be a sort of robot.  Granted, he has decent articulation, but that’s me grasping at straws. 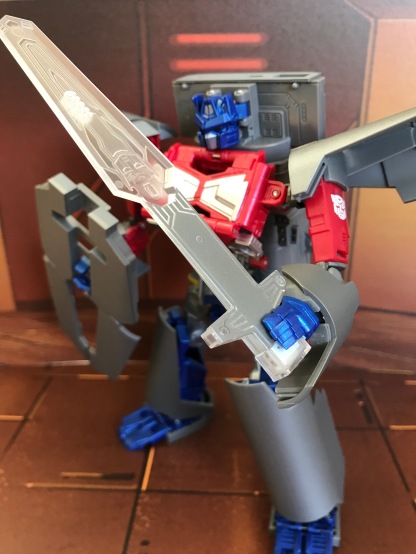 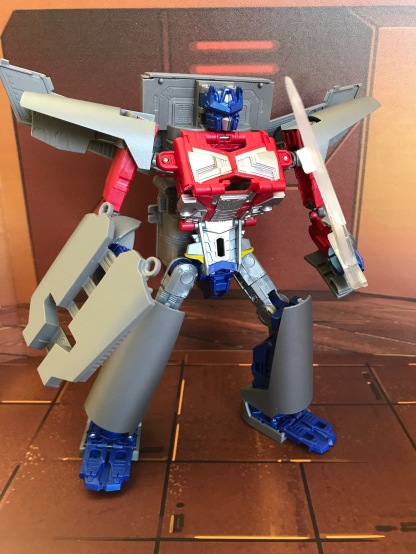 I’d say the neatest feature is that his eyes light up when fully charged, which is a nice touch.  You can also charge your device while he’s in either mode, which is neat. 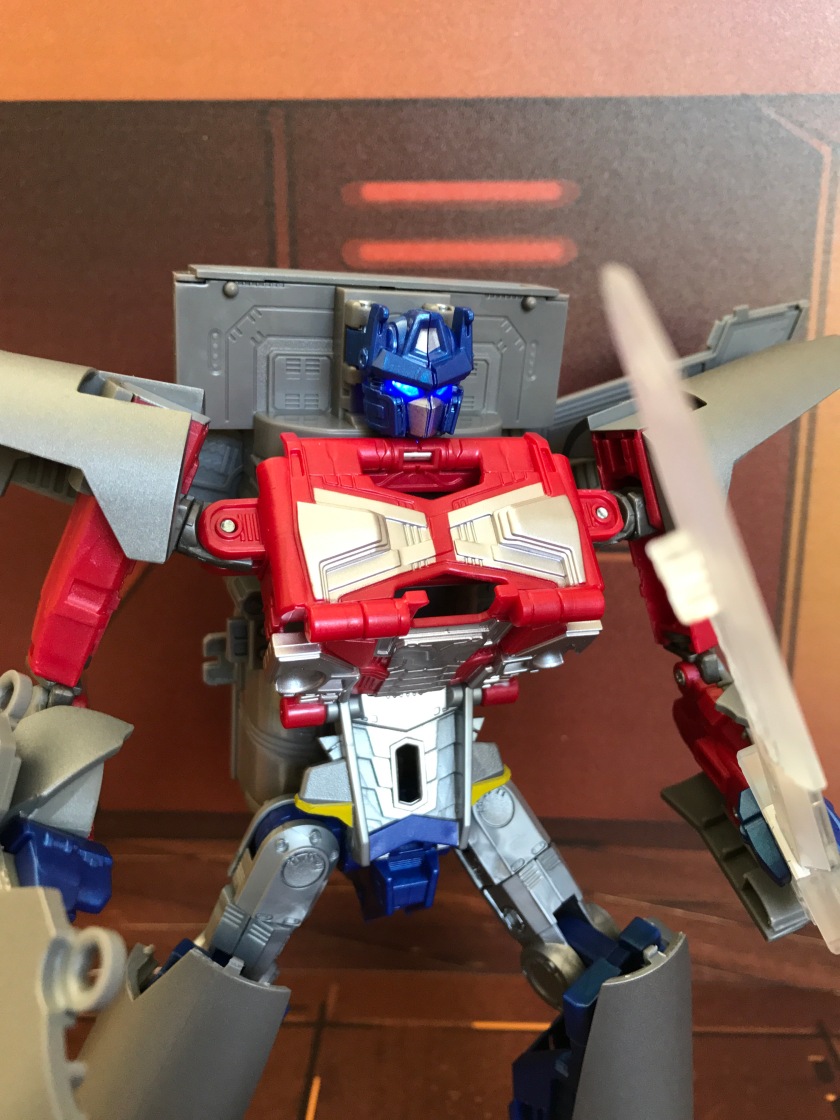 He stands about as tall as a Voyager in Robot mode. 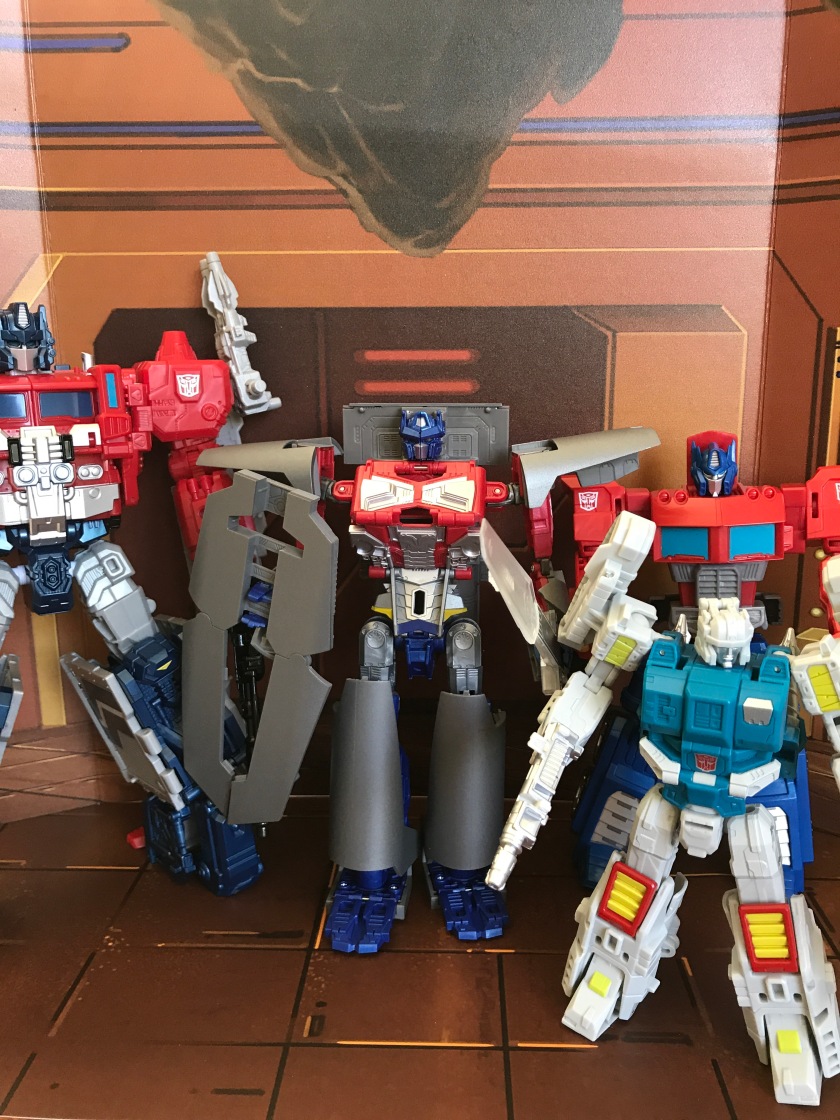 Probably the most glaring issue here is that his torso is composed of a thin panel folded into a sort-of chest like shape. 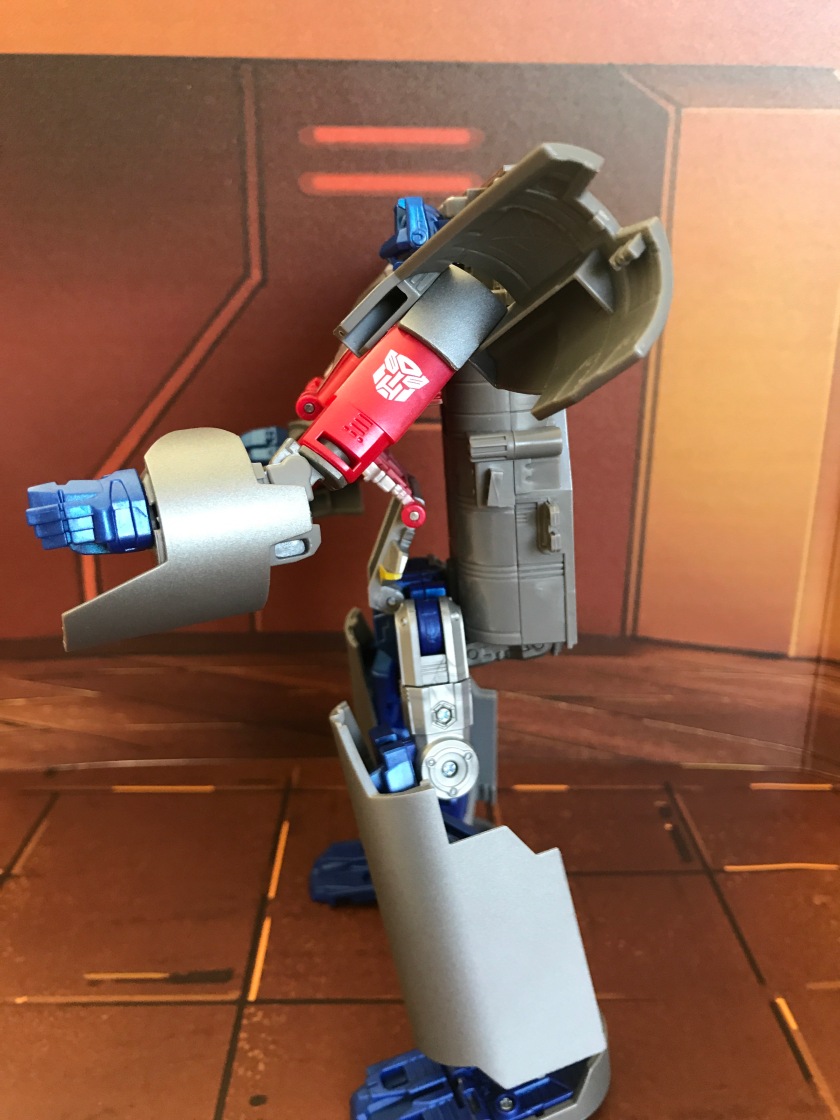 His strongest aspect would be the packaging, which is clean and neat, and the character art looks really nice! 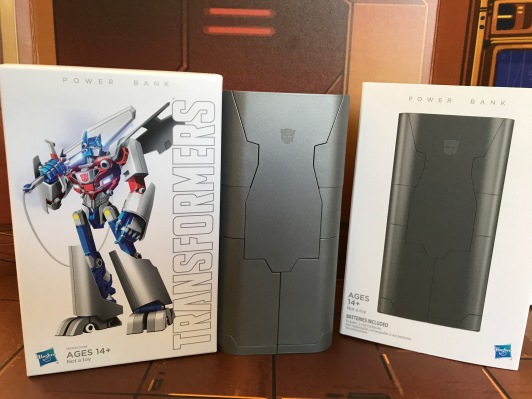 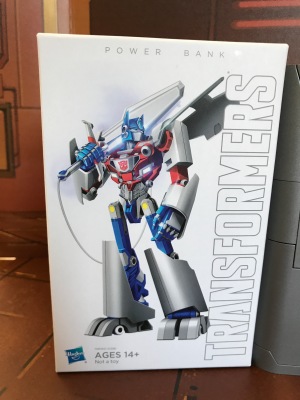 The device itself works just fine, and even though it’s MASSIVE, it is fully functional and intuitive with its’ indicator lighting, which show you how much power is left in the bank.

Should you buy this? Eh.  I’d say you could get away with skipping it, unless you need ALL THE THINGS, which I do.  It’s inherently not a bad item whatsoever.  The paint is clean and crisp, the packaging is great, and the functionality is fully there.  But if you’re looking for an Optimus Prime toy, this isn’t it.  Collectors will appreciate it, toy fans should move along. 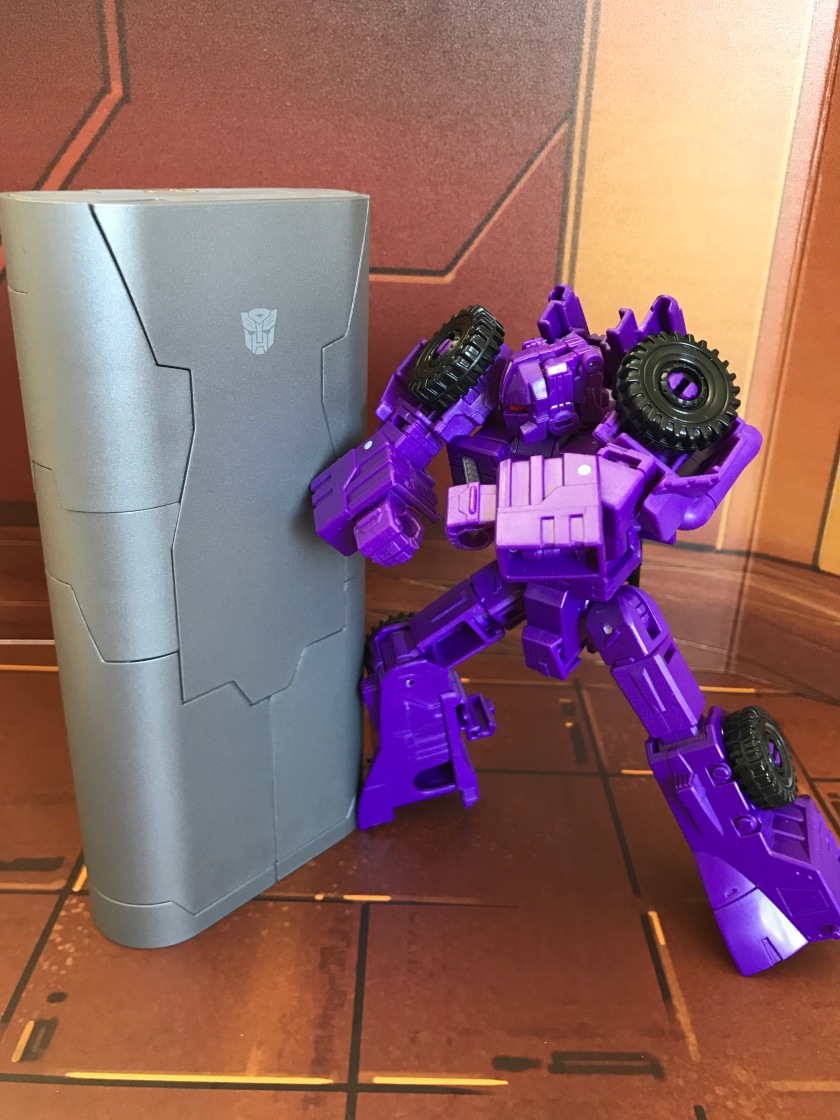