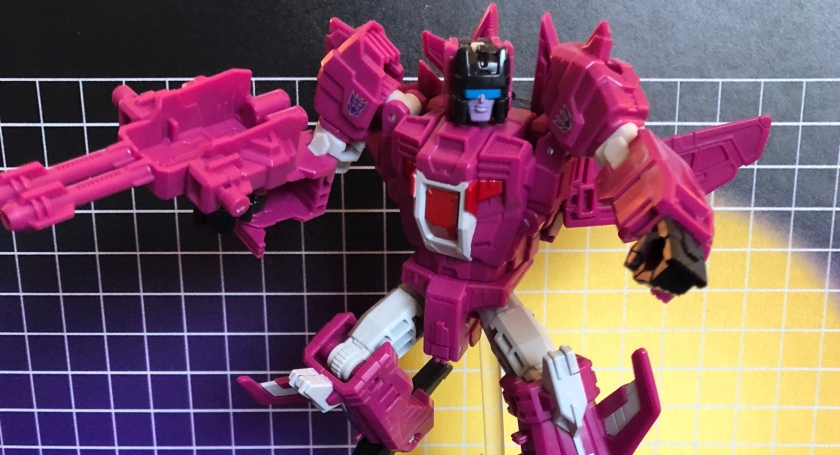 Wow.  Okay, so you either know Misfire from IDW’s Scavangers, where he admittedly has more of a presence than he did as a Targetmaster thug in The Headmasters, but either way, it’s great to have a new toy of him. 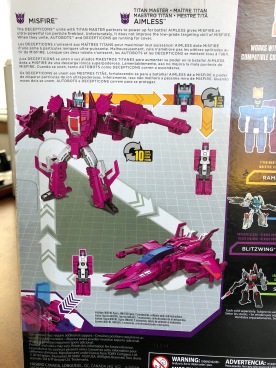 Misfire is a pretty strong retool from Triggerhappy.  Which is great, because as I’ve said before, it’s one of the best molds from this line.

The paint apps are nice and clean, and the pink really just helps him stand out as a character.  Im more than impressed with the Tampo-graphed detailing as well, it really looks great.

He has the flexibility you’d expect from this line, which I think is an under appreciated aspect of these toys (buy a McFarlane Destiny figure and see what I mean).

Its also very nice that these guys have the display stand peg holes built in.

Part of what makes this mold amazing is the shoulder hinge.  The integration is phenomenal and allows for full pose-abilty as well as a fun, engaging transformation. 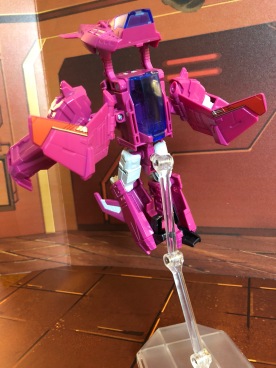 It’s also great for collectors that Hasbro is following through with their promise to complete “teams” of characters.  Seems these dudes were basically the “Seekers” of The Headmasters, it’s nice to know we’ve got all three characters.

The most impressive part is that his jet mode looks entirely unique even with sharing the basic frame of Triggerhappy. 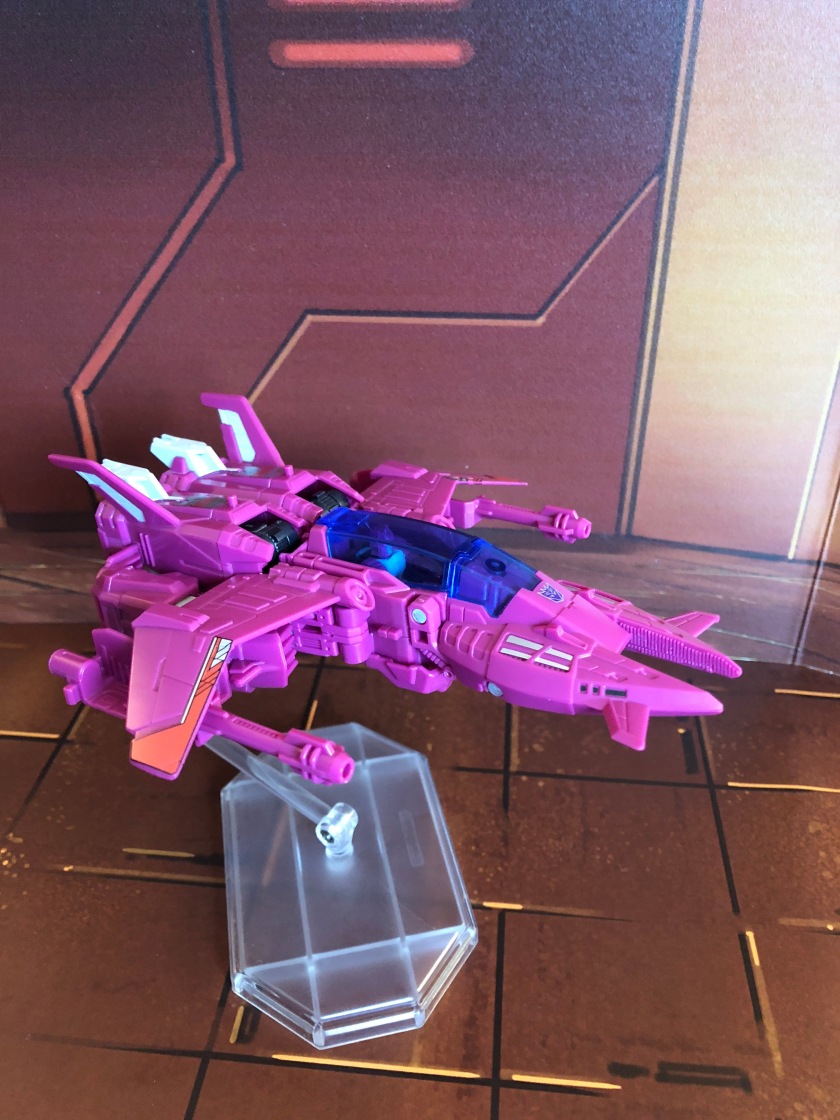 Aimless is also on a level unparelleled with the other Titan Masters.  He has a Takara-level paint job that is just amazing, and kinda blows all the other little dudes out of the water.

My guess is that, because Hasbro was able to mold most of Misfire in color, they had enough in the paint budget to give Aimless a nice little premium paint job.  Hurray!

Now granted, in IDW’s MTMTE/Scavengers storyline, he usually has his visor retracted, but he still works as a great stand in for the team.

I really hope we get a Crankcase and Spinister during the Power of the Primes.

Bottom line: Would I recommend Misfire? Yes, but there’s a caveat.  Takara is also making all three Targetmaster Seekers, but with actual Targetmasters.  If you’re more into IDW stuff and don’t really care about G1, then by all means go with Hasbro’s version.  If you insist on having updated G1 toys, then you may want to hold off and pay more for Takara’s.