This is a fun set.  In the first of what I’m hoping is a few “tribute” sets, we get two really nice figures designed to represent the ascension  of Orion Pax into Optimus prime! 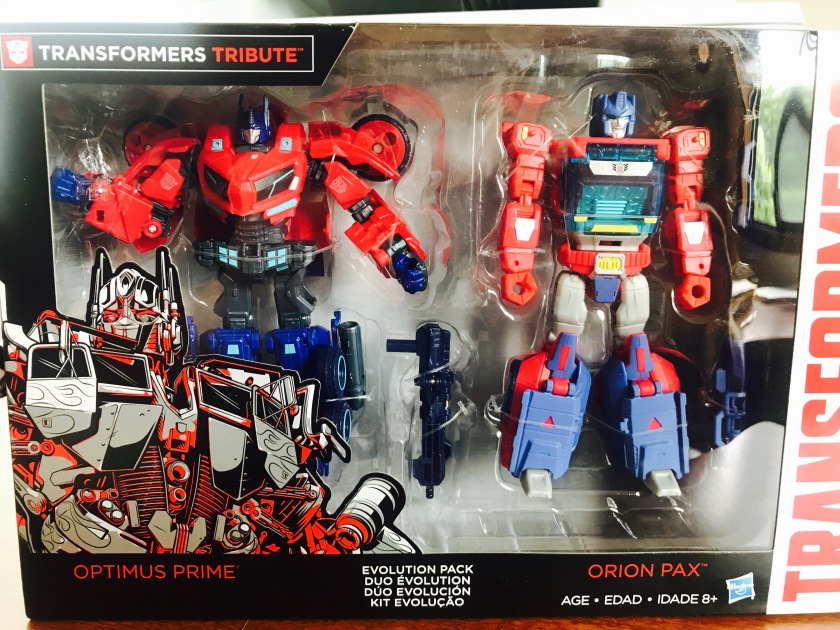 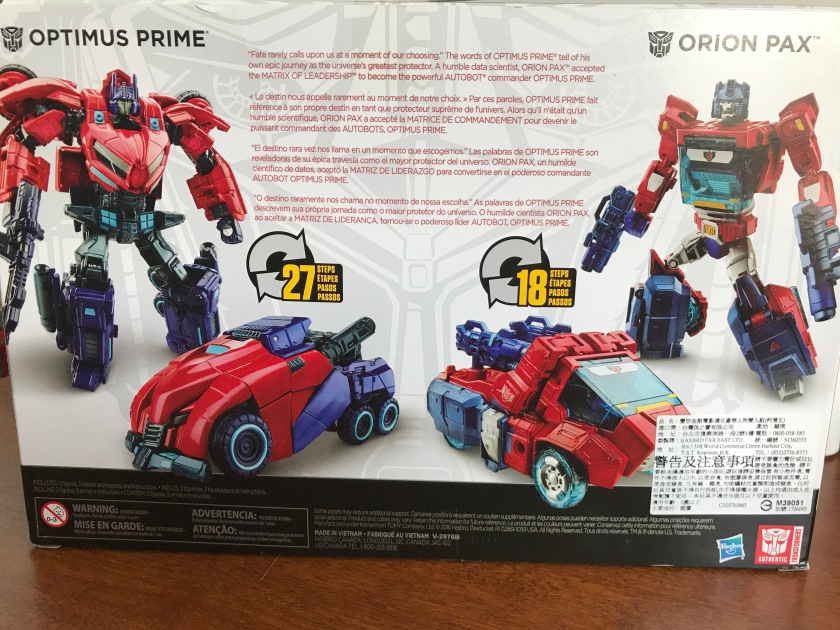 This is the kind of set I totally get on board with.  It’s a fun way to reuse a mold (or two) while introducing lore to newer fans or just giving older fans (like myself) something they love.

The War For Cybertron Optimus Prime toy is notoriously complex in terms of transformation, however,  the complexity results in a rather spectacular, screen accurate design.  And with this set, it also represents a nice, bulked up contrast to the Orion Pax figure.

I never did own the original mold.  I just never really saw him available and before I knew it, the line was moving on to other things.  I did however, snag the Tokyo Toy Show Black Convoy version. 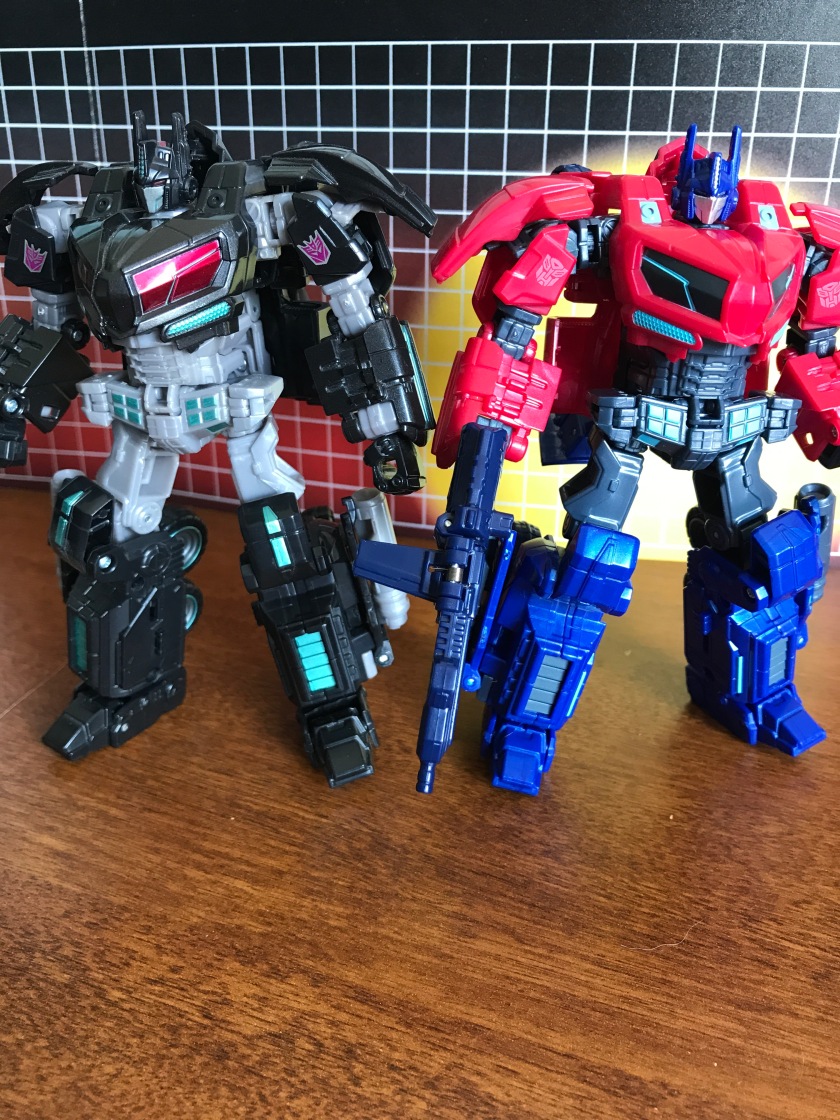 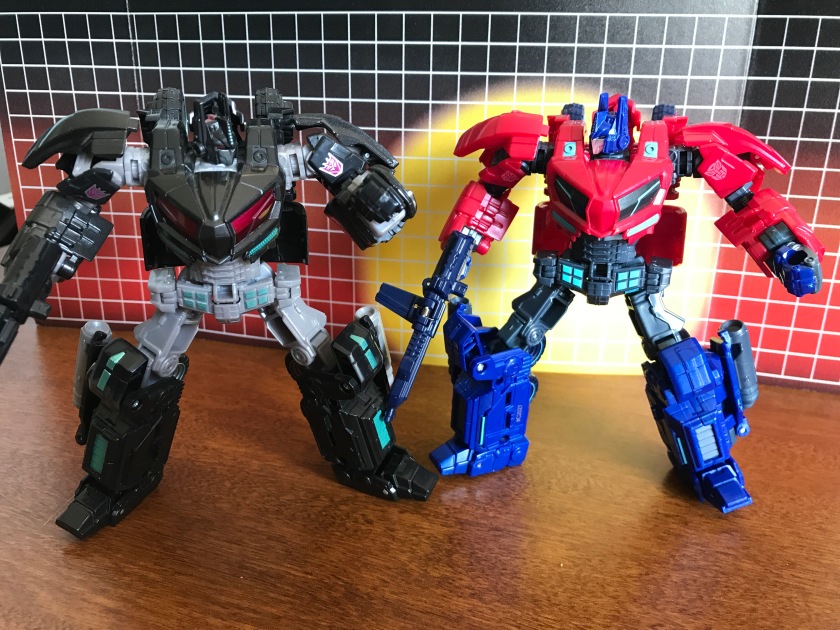 Again, he works a much more bulky, contrast to Orion Pax, and together they look very nice side by side.

Orion Pax uses an equally excellent mold in the Titans Return Kup figure.  I’m already a big fan of that toy, as you know, and while Kup looks fantastic, I can’t help but think this design works almost better for Orion Pax. 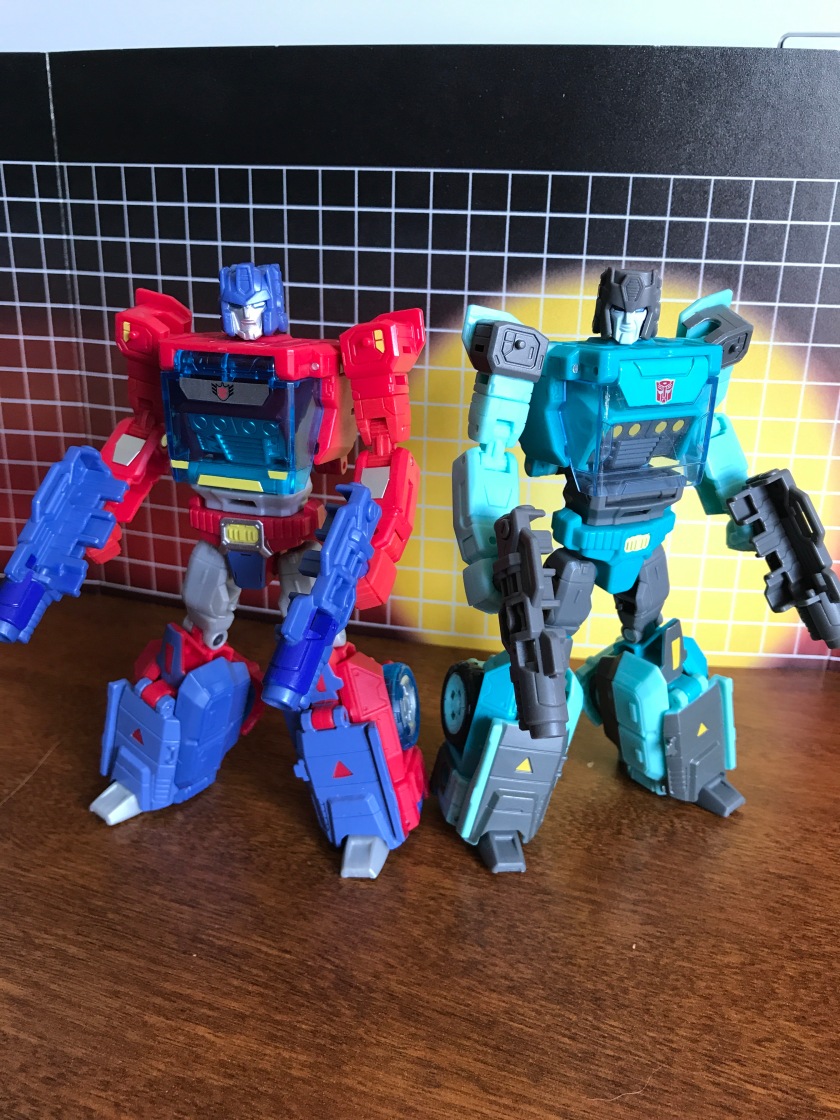 Of course there are a few people who complain that Orion Pax wasn’t a headmaster but honestly, that’s just over thinking it.  It’s a fun take and an interesting reuse of the mold.  I’d much rather see this than a reuse of the older Orion Pax figure (although he would have worked just fine as well).

The paint apps on Pax are particularly nice, especially his special Autobot symbol on his chest!

In truck mode, again, the Kup toy works really well conveying a much smaller vehicle mode for Orion Pax.  The colors really pop and mounting the guns on the back help fill in the pick-up look as well!

Optimus’ “Armored Truck” design, looks amazing as both a screen accurate toy from the game, but also a really cool transition to a bigger, semi-truck looking vehicle post Matrix absorbing.

Orion’s headmaster is un-named.  I call him Dion for…obvious reasons. I love that he has a painted visor and face.  Hasbro rarely has the paint budget for such a minor detail and when they do, it’s always appreciated!

This is a definite must-buy set.  I believe it’s a Toys R Us exclusive, though it may be Amazon.  I ended up getting worried I wouldn’t see it and just ordered through eBay, but so long as you can find it for around $50 it’s well worth it.  I do wish it would have come with a Matrix of Leadership as well, but that’s a minor complaint (and I have several sitting around I can use).   I do find it odd that the packaging prominently features Movie Optimus Prime, and so I’m not sure if this is considered a Last Knight set or not. Either way, it’s a gem. 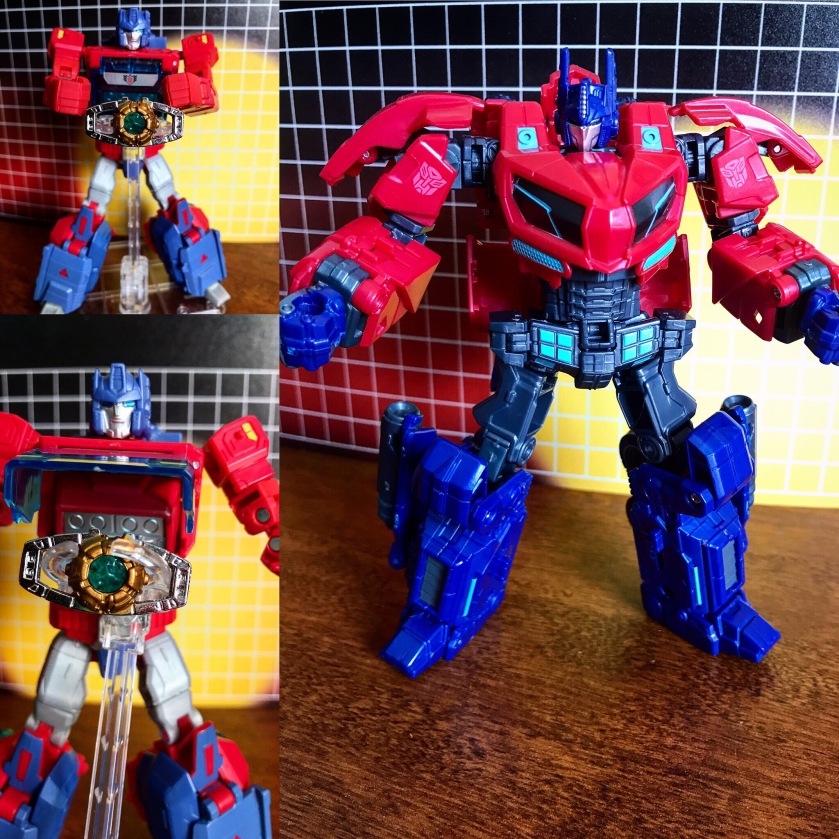